Saudi ulama would rather see action against Assad than against the Islamic State, but could their stance be seen as a call to jihad? 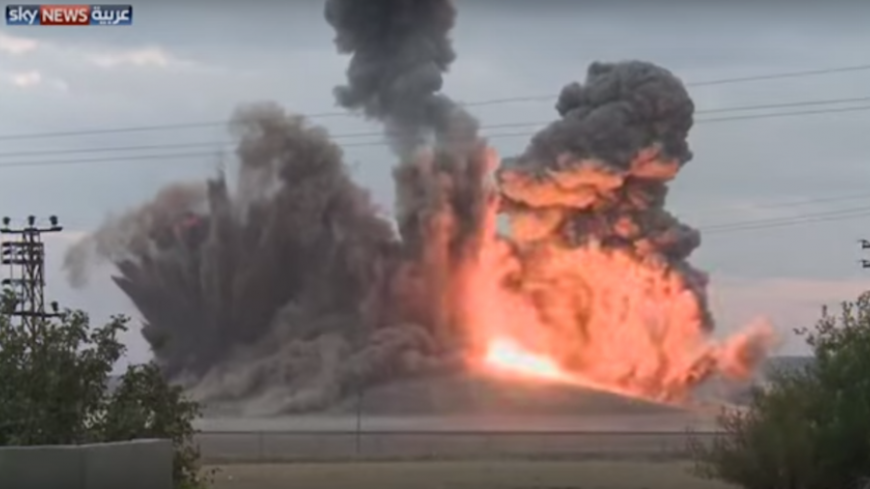 Russia’s recent military strikes in Syria have inflamed the anger and imagination of Saudi religious scholars.

A consortium of 55 prominent Salafi scholars recently signed a letter titled “Petition of Saudi Ulama With Regard to Russian Aggression on Syria” and posted it on hard-line Salafi scholar Nasir al-Omar’s Web page, al-Moslim. This is not the first time Saudi scholars have addressed the wider regional turmoil and called for solidarity in support of rebels they deem virtuous, Islamic and worthy of transnational Muslim encouragement. Saudi ulama are notorious for inflaming the imaginations of the young when it comes to hot spots they believe are in need of jihad, from Afghanistan in the 1980s to Iraq in 2003 and now in Syria. However, despite their image as dogmatic Wahhabi scholars, they have proven themselves to be as pragmatic as any political entrepreneur.

There is no doubt that in the mind of the 55 signatories of the petition, both the United States and Russia are equally infidel nations and governments. The United States, in the scholars' opinion, has denied Syrian rebels free no-fly zones and refused to bomb the Syrian regime. Yet, when NATO bombed Libya to depose Moammar Gadhafi in 2011, the majority of the Saudi ulama were cheerful. Their objective was to see an Islamist government replace Gadhafi, even if it involved inviting NATO to bomb a Muslim nation. Their logic centers on a simple formula. Both Gadhafi and NATO were infidel powers, and if NATO could depose the Libyan dictator, thus paving the way for the righteous Muslim government, there was no problem from their theological perspective. In fact, they can justify their positions by twisting a couple of religious texts and calling upon God to bring war between two unjust and infidel parties so that a Muslim nation emerges triumphant. In other words, let the infidels — a category that also includes many Arabs — fight it out among themselves so that a window of opportunity presents itself to the pious Sunni nation.

Had the United States taken it upon itself to bomb Assad rather than the Islamic State, Saudi ulama would have been less critical of the United States. They would have rejoiced over Americans, pejoratively called people of the cross, destroying the Syrian regime, as neither is to be trusted. But the United States missed an opportunity to endear itself, albeit momentarily, to a whole section of Saudi religious scholars. Today their wrath is directed against Russian President Vladimir Putin and the Russian Orthodox Church, as both are believed to be launching a crusade akin to action taken by the United States during the war in Iraq in 2003.

In the petition, the religious scholars fell short of calling for a jihad against Russians that involves all able Muslim men. The petition is addressed to “our people in al-Sham” (Syria) and the leaders of jihad there. They call upon jihadi leaders to dismiss their minor disputes and unite to face Russia’s aggression in support of the dictator.

It is extremely interesting that the Saudi scholars, some of whom had been notoriously critical voices of the Saudi regime, refrained in this petition from openly calling upon young Saudis to join the Syrian jihad. They called upon jihadis already in Syria who have skills and can contribute to liberation to stay there. Able men, according to the petition, should join the jihad. It is public knowledge that those jihadis have come from all over the world, with Saudis contributing a substantial number. The vague statement with regard to who should join is meant to avoid serious repression in Saudi Arabia itself. Saudi authorities will not tolerate open calls for jihad among their own people, as that would no doubt be received with great suspicion by the international community.

Had Saudi scholars openly called upon young Saudis to travel to Syria and seek martyrdom in support of the rebels, they would have been seriously reprimanded for the embarrassment that the Saudi regime would have faced domestically and globally. The official Saudi position is to financially help others in Syria to depose Assad, but to restrain its own young people from joining the jihad. Yet this official position seems shaky, given how many Saudis have actually made the journey from their own country to Syria under their government’s nose. Without speculating about their motivation or backers, it is enough to mention that they have gone because they can.

What is most troubling, however, in this recent Saudi petition, is its overtly sectarian tone. The conflict in Syria is described as Sunni Muslims’ eternal war against Nusayris (Alawites), Rafidah (Shiites) and Safavids (Iranians), thus reiterating pejorative labels so common among the clerics and their supporters. The petition clearly states that Sunnis must stand united against an alliance between crusaders and Shiites. Syria is supposed to be the site of an eternal sectarian war, with the jihadis there defending not only the Syrian people but also the global Sunni community. By seeing the Syrian conflict through the sole lens of sectarianism, Saudi clerics indirectly aspire toward one outcome: the total elimination, or rather annihilation, of those eternal enemies of Islam with whom there is no compromise, negotiation or truce, at least not in the foreseeable future.

The final message of the petition calls upon the neighboring Sunni states, namely Saudi Arabia, Turkey and Qatar, to adopt practical measures in support of their brothers in Syria. The Syrian people cannot be left alone to fight the enemy of all Muslims. With this message, the Saudi scholars send an urgent appeal to their leadership not to accept any solution in Syria that would allow Bashar al-Assad to stay in power.

Neither this petition nor future ones will change the outcome of the Syrian conflict. It is basically a desperate attempt by Saudi Salafi scholars to register their presence, having become so divided and fragmented as to lose their credibility. Their position on the role of foreign interventions in the Arab world oscillates between rejection, acceptance and silence. Any infidel power that guarantees their interest and backs their projects is bound to be welcomed. Despite their dogmatic approach to many social issues — for example, their rejection of lifting the ban on women driving in Saudi Arabia — they can be quite pragmatic politically.

Saudi official and dissident religious scholars search for survival in the shifting sands of an Arab region saturated with extreme and radical opinions that shape and divert political struggles. They are experienced in turning any conflict into an eternal war that will only stop with the total annihilation or subjugation of their enemies.