To assess why the Arab world is increasingly torn apart by violence in the name of sectarian identity and solidarity, we must focus on the abysmal strategies of patron-client dictatorships and economic inequality. 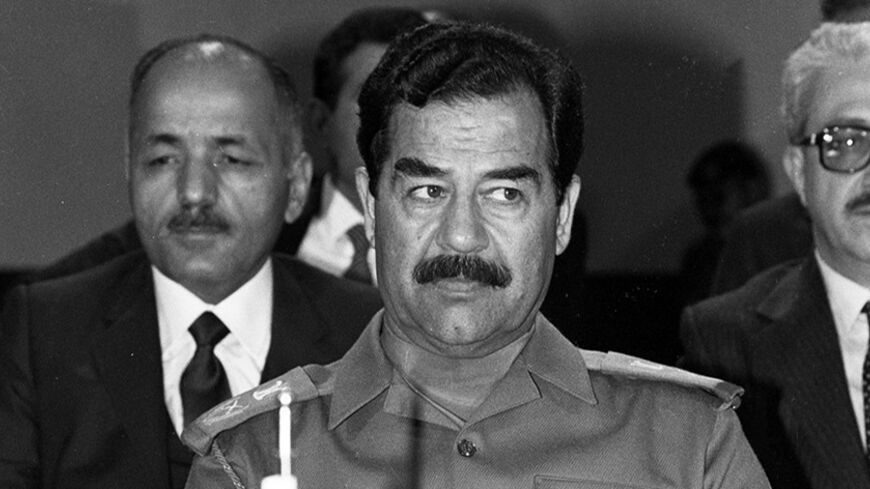 Sectarianism fails to explain the current turmoil in the Arab world. In fact, the sectarian lens of the alleged Sunni-Shiite divide obscures rather than illuminates complex realities on the ground. It masks the challenging political and economic changes that have swept this region, not to mention the ongoing foreign interventions and their impacts. It is true that religious identities continue to be prominent, but sectarianism is something totally different: the deadly politicization of these religious identities.

To assess why most of the Arab world is increasingly becoming a wasteland torn apart by violence committed in the name of sectarian identity and solidarity, we must turn to hidden realities that most observers refuse to see.

One of these realities is the continuing ascendency of unpopular and brutal clan-type presidents and kings. Despite the election of presidents and the crowning of old kings and emirs, all leaders have resisted real inclusion and continued to exercise politics by either force or bribe. They all came to realize that their narrow legitimacy can only be enhanced if they turn sections of the population into clients, benefiting from lavish economic opportunities in return for total loyalty.

Sunni Saddam Hussein brought in Christians to represent him abroad, while many Shiites dominated his Baath Party, leaving security and intelligence matters in the hand of his most loyal kin. Alawite President Bashar al-Assad of Syria retains high-ranking posts in the air force and intelligence services for his loyal clan, while allowing new merchant Sunni families to benefit from neoliberal economic openings. President Hosni Mubarak of Egypt entertained the idea of talking in the name of Sunnis before he was ousted, but in reality, his concerns centered on turning his small family into a Mubarak-style clan along the lines of his contemporaries among Arab presidents and kings.

Such clan-like leadership cannot be easily considered sectarian. The rulers have no sectarian identity nor affiliation, but both their opponents — often the excluded masses — and the outside world want to see them through a sectarian lens. These presidents worked on the assumption that to maintain control, one has to classify the people as belonging to different primordial and eternal units, playing one group against another in a long and brutal political game. They have not always been charitable toward their own co-religionists and cannot be automatically considered loyal to their own sects. In reality, they worshiped their own clan and rewarded clients regardless of their sectarian identity.

So-called Sunni kings and emirs are even more committed to their clans than to their sects. Consider the various Saudi kings who aspired to lead the Sunni world, from King Faisal (who died in 1975) to present King Abdullah bin Abdulaziz, and were often accused of allowing anti-Shiite sectarian discourse to flourish. Since the 1980s, Shiite activists pointed to how the Saudi regime did little to control the anti-Shiite rhetoric of Saudi religious scholars. For example, fatwas against intermarriage between Sunnis and Shiites were notorious, along with those that forbid Sunnis from eating meat slaughtered by Shiite butchers. Shiite activists accuse the regime of marginalizing the community in the Eastern province, leaving their towns and villages underdeveloped and denying them full employment and religious freedom.

But individual Saudi kings are political manipulative actors driven by survival rather than sectarian solidarity. Take King Faisal, who in the 1960s supported the Shiite Zaydi monarchists in Yemen against the republicans, backed by Gamal Abdel Nasser of Egypt. Domestically, current Saudi King Abdullah and his governor in the oil-rich Eastern province manipulate various Shiite notables and religious scholars, who are occasionally summoned to pledge allegiance to the king after the occasional eruption of demonstrations and violence. The king uses the Shiites and the violence in the area to frighten the majority and deter it from demanding any political changes. Every time the Shiites demonstrate, the majority is fed the discourse of being targeted by outside forces and their local agents.

At the same time, the regime sees the perverse benefit of attacks on Shiite worshippers by radical Sunni groups, which terrorize this minority. The regime then presents itself as the best protector of the Shiites, as the alternative would be radical jihadists. After years of the Saudi press warning against Shiite agitators allegedly backed by Iran, talk about national unity dominated the public sphere when Shiite worshippers were attacked outside their mosque. The regime has at its disposal multiple voices, posing as intellectuals and writers who can swing between fierce sectarian discourse and slogans of national unity, depending on the needs of the dominant ruling clan at a particular moment. Political maneuvering requires the regime to play on the fears of both the minority Shiites and majority Sunnis rather than assume a fixed sectarian identity. The survival of the Al-Saud clan remains the most sacred project rather than the protection of an almighty Sunni world.

Neither the professed Sunni monarchies like Saudi Arabia and its clients nor other Arab presidencies are truly embedded in eternal sectarian trenches, despite the loud rhetoric designed for mass consumption and mobilization. The same applies to the societies in which sectarianism is supposedly rife — for example, in Lebanon, Syria, Iraq and Bahrain. To consider these societies as totally immersed in sectarian identities and violence masks other political and economic cleavages, notably class differences, within each community. Sectarianism becomes an umbrella under which these cleavages are concealed to enhance illusory solidarities. Yes, the Arab region may exhibit the ugly face of sectarianism, but this should not be an excuse not to unveil more bitter realities about poverty, exclusion, marginalization and the tyranny of both one’s own sectarian community and outsiders.

If sectarianism fails to explain the political behavior of regimes and the internal diversity within sectarian groups, why does the outside world continue to see the region and its politics through a sectarian prism? Well, the external Western powers that had historically controlled the Arab world found emotionally charged primordial identities like sects extremely useful as tools to divide and map the population. They imagined communities as solid and parallel pillars, and acted on them as historical realities that refuse to go away. The latest episode in this vision was the United States' imagining of Iraq as a country of Shiites, Sunnis and Kurds. The consequences of this vision proved disastrous for all citizens. As this vision was enshrined and institutionalized, the marginalized communities had no choice but to engage in a countersectarian vision.

Seeing the Arab world as a vast ocean in which sectarian sharks have the upper hand also confirms the alleged exceptionalism that is believed to be the main characteristic of the region, namely as a place where resistance to secularization, citizenship and democracy is insurmountable. Many observers in the West still prefer such old Orientalist clichés propagated by lazy and bigoted minds.

In the Arab world and around the globe, religious identities will continue to be salient, overtly symbolized and culturally nourished, but sectarianism is a dark hole dug by many domestic and external actors. Arab leaders may inflame sectarian imaginations, but their loyalty is above all to their clans and clients, regardless of their affiliation. Equally, Arab societies are concerned about their economic plight and marginalization, although they have recently learned how to articulate their exclusion in sectarian terms. Sectarianism is not an inherent historical quality of the Arab masses, their sectarian entrepreneurs and religious scholars who continue to flourish in the present. Rather, it is a modern political phenomenon that is nourished by persistent dictators whose rule depends on invoking these old religious identities that become lethally politicized.

Our thinking about the Arab world and the raging wars within and between sects should move away from a historical Sunni-Shiite divide and focus on the abysmal strategies of patron-client dictatorships and economic inequality between and within various groups. A reconsideration of the so-called eternal confessional model of the Arab world is overdue.