Khamenei warns against further negotiations with US

Iran's supreme leader has once again warned about the desire of America to have an impact inside Iran. 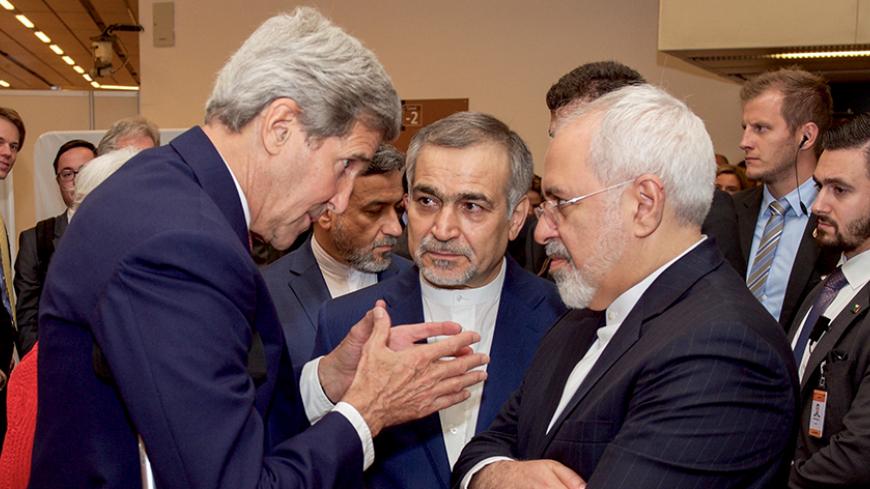 In a post-nuclear deal Iran, where the taboo of Iranian and American officials meeting face to face is broken, Iran’s Supreme Leader Ayatollah Ali Khamenei continues to warn of the dangers that American influence will bring to the country. In a speech Oct. 7 with commanders and officers from Iran’s navy, Khamenei said, “Negotiating with America is forbidden, because not only does this negotiation not have any benefits, but it has innumerable harms.”

In the Oct. 7 speech, Khamenei warned, “The biggest plans and most efforts of the arrogant powers is for enmity with the Islamic system of Iran, and America’s claims to negotiations with Iran is within this framework and for influence.” Without mentioning names, Khamenei said there are “easy-minded” individuals in Iran who are unaware of this issue and ignore their own country’s national interests.

Khamenei also dismissed the arguments of those in favor of negotiating with the United States who say that historic religious figures such as Imam Ali and Imam Hussein, the first and third imams in Shiite Islam, both negotiated with their enemies. Khamenei said they did not negotiate or trade with the opposing sides but rather “advised them to fear God.” He added, “Unfortunately, in order to justify Iranian negotiations with the Great Satan, some present the situation like this in newspapers, speeches and social media, which is completely wrong.”

On the nuclear negotiations, Khamenei said America “tried every opportunity for influence and actions against national interests. However, the Iranian negotiators were alert; still, Americans eventually found opportunities in some places.” It is not clear if by these comments Khamenei means that parts of the nuclear deal were contrary to Iran’s national interests or that the United States used moments in the nuclear talks for other matters.

Khamenei believes that the United States wants to impact public opinion with respect to the revolution, religion and nationalist interests, specifically targeting young people. This is one reason why Iranian officials have always been concerned about the universities and why the science minister position is a sensitive one in Iran. He also did not specify how the United States would attempt to influence Iran’s domestic policies, but did question the West’s concerns over human rights, saying, “Today, the biggest danger for the world is the hypocrisy and lies of pretenders of human rights.”

In September 2014, Khamenei said Iran rejected US offers to cooperate with the United States against the Islamic State (IS), though US officials at the time said they did not invite Iran to be part of the anti-IS coalition. However, in April, Khamenei said that if the nuclear negotiations were successful, he was open to discussing “other issues.”