Could Saudi-Iraqi ties be key to defeating Islamic State?

As both Iraq and Saudi Arabia are threatened by the same enemy — that is, extremist groups — the two countries ought to build positive relations for the good of the region. 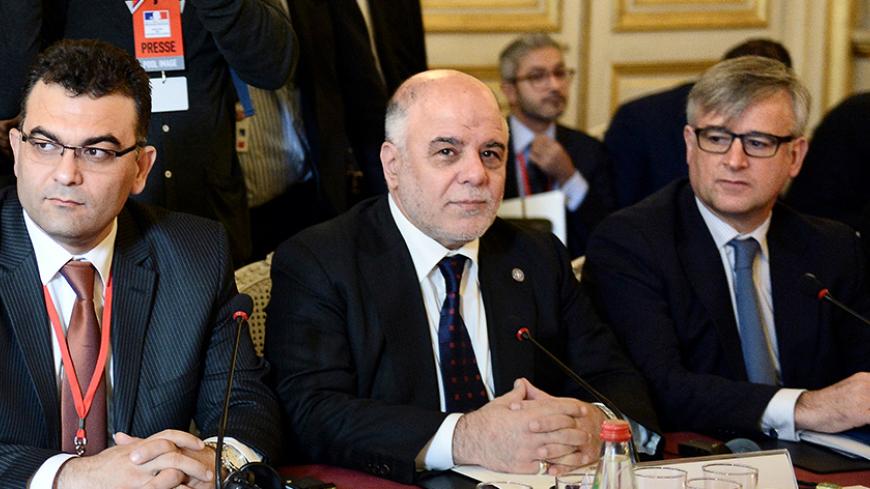 Iraqi-Saudi relations are the main key to the problems and solutions of the crises in the Middle East. The rupture and hostility between the two sides helped promote the positions of extremist groups, which are active in the region and are hostile to both countries. Today and despite the long delay, Iraqi-Saudi bilateral relations are taking a positive turn, as both parties seek to consolidate and strengthen them.

After 25 years of cold relations, which reached the point of a diplomatic rupture for a long period of time, the two sides announced the appointment of new ambassadors through a high-level representation. Iraqi Ambassador Rushdi al-Ani arrived in Riyadh Sept. 20, and the Saudi ambassador is expected to arrive in Baghdad within days. Ani hails from a Sunni family from the Anbar province, and he was a former Iraqi ambassador to Pakistan, which could help facilitate his new task in Saudi Arabia.

In April, Riyadh appointed Maj. Gen. Thamer al-Sabhan, former military attache at the Saudi Embassy in Lebanon, as its ambassador to Iraq. Sabhan took the oath of his new post on June 2. Saudi Arabia also announced that it will be opening a new embassy in Baghdad and a new consulate in Erbil, the capital of Iraqi Kurdistan, after the Eid al-Adha holiday on Sept. 24. The embassy and the consulate have yet to open their doors, as of the time of this writing.

The Iraqi Ministry of Foreign Affairs announced on Jan. 5, 2014, that it had completed the necessary procedures for Saudi Arabia to open its embassy in Iraq. The new Saudi ambassador enjoyed good ties with the United States, and he was awarded medals of honor by the Pentagon for his role in Operation Desert Storm and the liberation of Kuwait.

The Saudi position coincided with a similar initiative by the emir of Qatar, to send the first ambassador of his country to Iraq, after the rupture that occurred following Iraq's invasion of Kuwait in 1990. On Sept. 10, Sheikh Tamim bin Hamad Al Thani issued a decree appointing Zayed al-Khayareen as Qatar's “ambassador extraordinary and plenipotentiary to Iraq.”

Yet this Qatari announcement coincided with the Iraqi government’s harsh criticism against the Qatari government for hosting a conference for the Iraqi Sunni opposition on Sept. 5. The Iraqi position did not prevent Qatar from moving forward to enhance ties with Baghdad.

Iraq and Saudi Arabia share common interests, as they share a 1,000-kilometer (621-mile) border and face a common threat represented by the Islamic State (IS), which seeks to topple the political regimes in both countries. They also share economic and trade interests, as well as a common history.

Despite these common interests, the two sides did not succeed in establishing good ties following the events of 2003; Baghdad accused Riyadh of supporting terrorism, while Saudi Arabia considered that Iraq adopts Iranian policies that the kingdom opposes.

Saudi Arabia continued to perceive Iraq as a threat to its national interests, considering it to be a part of the project designed to spread democracy in the region, or a base for the Shiites’ political rise in the Arab world. This has pushed Saudi Arabia away from Iraq, and subsequently, a reason to distance itself from any serious contribution in building the new Iraq.

Iraq has often viewed Saudi Arabia as the main source for the extremist groups’ ideology, which prevented it from taking serious steps toward a rapprochement with Saudi Arabia on the basis of their common interests.

The two countries missed the opportunity to build regional cooperation in the fight against extremist groups, whose destructive activities do not see any difference between the ruling regimes in the region. Al-Qaeda and IS perceive Iraq and Saudi Arabia as infidel and illegitimate regimes, which subsequently requires having to fight them.

The extremists groups’ approach has nothing to do with the nature of the ruling regimes in the region, be they democratic, tribal, repressive, military or even religious. Rather, it is linked to the nature of the extremist groups’ formation, which seek, in their ideology, to divide the world into two axes: “the believers,” who are those who believe in the terrorist and extremist project of the Salafist jihadist groups, and “the infidels” who include all others, regardless of whether or not they are affiliated with the different Islamic doctrines or of other religions.

IS’ invasion of Iraq on June 10, 2014, and its seizure of a third of the Iraqi territory did not even motivate Iraq and Saudi Arabia to open a new page in their relations in order to face the new challenge, which is their common threat. This is despite IS threatening Saudi Arabia and attacking on Jan. 4, 2015, its posts on the border with Iraq.

Saudi Arabia contented itself with a limited participation in the US-led coalition against IS and did not take another step for a greater cooperation with Iraq at this level.

The reason why Saudi Arabia is reluctant to open up completely to Iraq may be attributed to the regional alliances. It views Iraq as a political ally of Iran, with which it competes to control the Middle East. Yet with the ongoing complexity of the political alliances in the region, Iraq and Saudi Arabia seem to be also heading toward building a more diverse and more complex strategy in their current political relations in the region.

Just as Iraq maintains cooperation and security agreements with both Iran and the United States, despite their differences, it can also establish positive relations and constructive cooperation with Saudi Arabia, along with Iran, despite their differences. A wise diplomatic discourse does not require joining one of the axes as much as it requires opening up to dialogue and finding ways to cooperate despite the differences. Iraq, in particular, is the country that would bring together the Iranian and Saudi interests, as the two countries are fighting IS on Iraqi territory — Iran with the Popular Mobilization Units and Saudi Arabia with the US-led coalition against IS.

It seems that this strategy is adopted by Saudi Arabia as well. Although its conflict with Iran has escalated, it does not desire that its ties with Iran's allies be programmed within the same context. Rather, it aims to diversify and expand its ties on various bases, in order to preserve the largest extent of its regional interests. Signs indicate this issue has emerged, since Saudi Arabia welcomed Haider al-Abadi's selection to the post of Iraqi prime minister on Aug. 8, 2014.

In the first year of his term, Abadi’s moderate policy encouraged Saudi Arabia to carry on with its policy toward a rapprochement with Iraq. Moreover, the perspective of the religious authorities in Najaf that there is a need to improve the Iraqi-Saudi relations has helped speed up a rapprochement between the two countries

The Iraqi-Saudi rapprochement is an urgent need that does not only serve the interests of the two countries, but it also helps create a balance in the region and strengthen the peace process and stability. It is the interest of the two countries to improve their relationship through security agreements and strategic cooperation agreements in the fight against IS and other extremist groups that pose a threat to both.

Nevertheless, the issue does not stop here. Saudi Arabia, which has a solid economy, is able to truly help Iraq overcome its economic crisis and have a presence in the reconstruction of areas that were liberated from IS, such as Diyala and Tikrit, north of Baghdad. It is also able to open the way for commercial and oil cooperation between the two countries — which are historic neighbors — and share the border, as well as common political, economic, social and cultural interests.

The ongoing incitement to build firm Iraqi-Saudi relations is not a selective choice for politicians in the two countries. Yet it is a realistic necessity and a geographic and cultural fate that cannot be neglected. The 25-year rupture had caused damages, for which the two peoples and the entire region are paying the exorbitant prices today.