An official with the Rouhani administration tells reporters that "there is no doubt" that the economy will improve after Iran's parliament approved the nuclear deal. 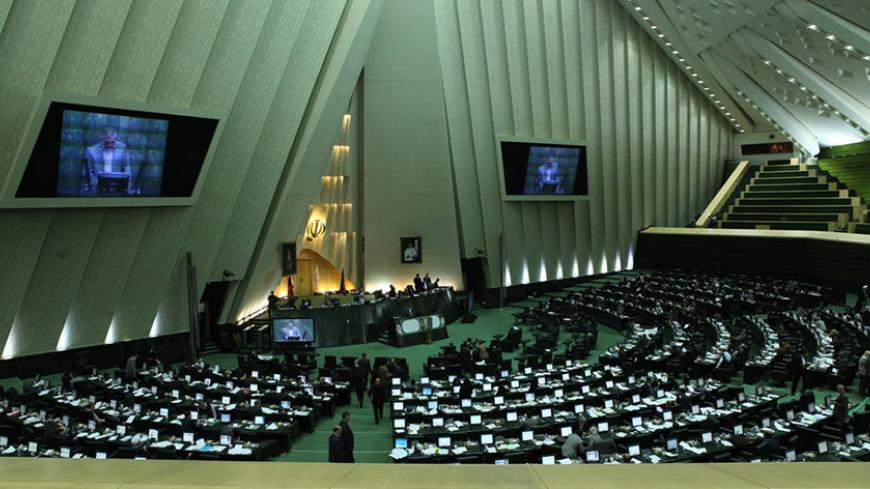 Iran’s parliament passed a bill Oct. 13 approving the nuclear deal between Iran and six world powers. The approval sets in motion the beginning steps of the Joint Comprehensive Plan of Action (JCPOA), which will see Iran roll back and reduce the size of its nuclear program in return for sanctions relief.

Sanctions relief will not take place, however, until the International Atomic Energy Agency verifies that Iran has taken the necessary steps, which includes removing thousands of centrifuges and converting existing nuclear sites. The multilayered steps, which may take months to implement, have placed Iranians — many of whom voted for President Hassan Rouhani two years ago in hopes that he would improve the economy — in a state nervous anticipation. Since celebrating the landmark nuclear deal in the streets in July, many Iranians have not felt any tangible economic change in their lives. And officials from the administration are trying to reassure nervous Iranians.

Mohammad Shariatmadari, vice president for executive affairs, when asked by reporters Oct. 13 whether the parliament’s approval of the nuclear deal will result in any changes for the economy, said that sanctions had created many problems for Iranian manufacturers. He added, “Calculations show that the nation's economy, every day under sanctions, experienced great damage. In my belief, as the JCPOA is implemented — which will be gradually — this damage will be removed from the economy.” He said that no sanctions mean that Iranian firms will have access to raw materials and investment that will create competition and not “condemn” Iranians to relying solely on one company.

Asked by a Tasnim News Agency reporter whether he can guarantee that the economy will improve after the nuclear deal is implemented, Shariatmadari said, “There is no doubt about this.” He added that many of the problems that sanctions created, such as relying on specific individuals to circumvent sanctions, will no longer be necessary.

Despite the assurances, there are reasons for Iranians to continue to be nervous. On Oct. 4, it was revealed that four ministers had warned Rouhani in a private letter about the dangers facing the economy. The letter was signed by the economy, labor, industries and defense ministers.

Jamshid Edalatian, a member of parliament's Commerce Committee, said Oct. 13 that the contents of the letter need to be taken seriously and policies adopted to increase the “real purchasing” power of the middle class. He also warned against cutting development projects in the face of the lowered budgets resulting from lower oil prices.

The head of Iran’s Central Bank, Valiollah Seif, struck a positive tone during his speech Oct. 13 to bank presidents and Iranian ministers about the economy. He said, “While economic growth in 2015 has been negative, we expect that in 2016 the economy will return to growth of approximately 5%. Growth in the first phase will primarily be due to the increase in [the price of] oil.” He also praised the administration in terms of economic reforms it has undertaken, such as the subsidy reforms and exchange rate reforms.