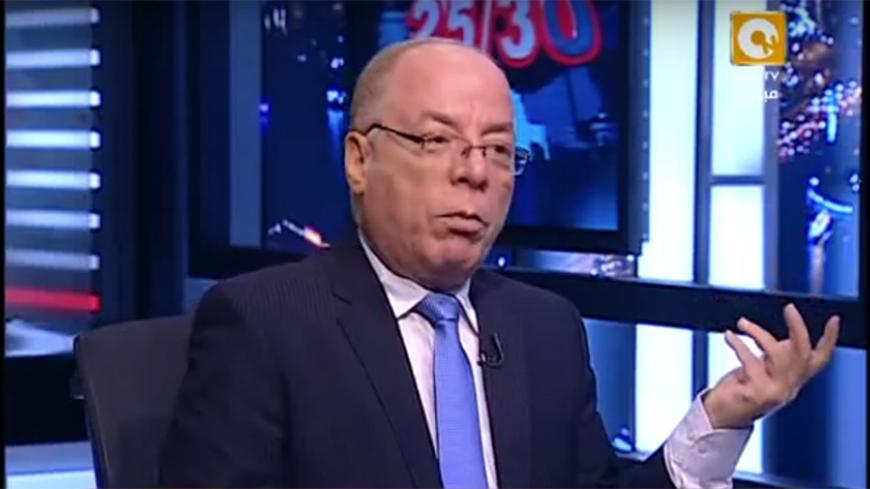 CAIRO — On Sept. 19, a new Egyptian Cabinet, headed by Prime Minister Sherif Ismail, was sworn in before President Abdel Fattah al-Sisi. Among the new ministers is the journalist Hilmi al-Namnam, who holds the culture portfolio. The appointment of Namnam, a secularist, has sparked controversy among Egyptian Salafis and aroused opposition in Saudi Arabia. Such Saudi writers and intellectuals as Jamal Khashoggi, editor-in-chief of Al-Arab News Channel, object to Namnam’s appointment because he opposes Wahhabi Salafism, the religiopoliticial movement that originated in the Nejd region of the Saudi kingdom.

Muhammad ibn Abd al-Wahhab founded what became the Wahhabi movement in the 18th century. In 1744, Wahhab allied with Muhammad ibn Saud, emir of the Nejd and founder of the first Saudi state, to increase followers of the Quran, Sunnism and the words and actions of the Salaf, the first three generations of Muslims. In doing so, they sought to purify Islam of misguided practices negatively affecting the Islamic essence of unity and various forms of heresy.

Immediately after Namnam assumed the culture portfolio, a video of him from July 2013 went viral. In it, Namnam stated, “The political Islam current must leave the political game completely, especially the Salafist Nour Party, which is more dangerous than the Muslim Brotherhood.” He compared the Nour Party to a “whore who extorts her husband if he doesn’t fulfill her demands by escorting someone else.” Namnam also said, “We lie when we say Egypt is a naturally religious country. It is high time we said Egypt is a naturally secular state."

The Nour Party came in second in the 2012 parliamentary elections. Among its positions at the time were prohibitions on electing women and Copts, saluting the flag and singing the national anthem. The party altered these platforms, however, after lending its stamp of approval in 2013 to the June 30 revolution, although most of its leading figures waivered over what course to take.

On Sept. 19, Shaaban Abdel Aleem, a member of the Nour Party's board, requested information on the selection criteria used for appointing the new ministers. On the same day, Khashoggi, who is close to Saudi decision-makers, commented on Namnam's appointment via Twitter. “For whoever is planning mutual cultural exchanges with our brothers in Egypt, the following piece of information could be useful: Namnam is not only a critic of Wahhabism, but abhors it and blames it for all his country’s catastrophes,” Khashoggi tweeted. In a separate tweet, he wrote, “Honestly, for the sake of relations between Saudi Arabia and Egypt, and due to the nature of the regime there, Egypt should not appoint a minister like Namnam, who has taken it too far in offending the kingdom.”

Namnam responded that evening in a phone call to “Al-Ashera Masaa,” a show on Dream TV, saying, “I did not say Wahhabism was the mother of vices. These are not my words, but I am against terrorist groups in general.” He added that he had criticized “attempts to export Wahhabism to Egypt,” but that he “respects the kingdom’s choices, just as the kingdom’s writers should respect Egypt and Egyptians’ choices.”

Khashoggi immediately replied, again on Twitter, writing, “Egypt’s minister of culture claims he respects Wahhabism, but admits that he is against exporting it to Egypt. I would like to tell him that Wahhabism cannot be exported. It is a pillar of the Egyptian revolution and is represented by emblematic figures like the followers of Sheikh Muhammad Abduh.” The Islamic jurist Abduh, an Egyptian, is a founder of Islamic modernism. He spearheaded the movement at the end of the 19th century, beginning of the 20th century to counter intellectual and cultural stagnation and revive the Islamic nation in line with the times.

Khashoggi argued, “Salafism preceded the Muslim Brotherhood in Egypt, as there was the Ansar al-Sunna al-Muhammadiyah group, which remains the oldest reformist Islamic organization in Egypt and the world.” Ansar al-Sunna al-Muhammadiyah seeks absolute unity and the rejection of superstitions and cults. It began in Cairo's Hadara Mosque in 1926. Many Al-Azhar scholars and Salafist preachers were welcoming of it.

On Oct. 2, tensions escalated when Namnam said during an interview on the Sada al-Balad channel that he was ready to be “martyred to spare Egypt from turning into a caliphate state.” He added that secularism is not the adversary of Islam, as some claim. “Every moderate Muslim is necessarily secular. But, not every secularist is a Muslim,” he said.

The following day, Yasser Borhami, deputy leader of the Salafist Call, implored Sisi to intervene and forbid Namnam from making such statements, which he said contradict the constitution given that Sharia is the primary source of legislation.

Nour Party leader Younes Makhyoun entered the fray Oct. 3, asserting that Namnam should remain impartial or be dismissed. “The person [Sisi] who appointed this minister must oblige him to respect the constitution,” he stated.

Sayyed Mustafa, deputy chair of the Nour Party, told Al-Monitor, “The party did not look into Namnam’s old opinions, because they stem from personal freedom. Each person has the right to believe whatever they wish. But he must realize that he is the minister of culture for 90 million Egyptians. The Ministry of Culture should represent all currents, not just one, be it secular or nonsecular.” He added, “As a minister handling a political portfolio, Namnam must take into consideration Egypt’s foreign relations in general and brotherly relations in particular, like those it shares with Saudi Arabia.”

Zubeida Atta, former dean of Helwan University’s faculty of arts and a member of the Supreme Council of Culture, has a different perspective on the issue. “The concept of secularism that Namnam called for is not a heretical one. It relies on the use of education and its application in countries to improve them and ensure their civil aspects, instead of mixing religion with political life. The latter [mixing of the two] would send Egypt down a sectarian abyss that would threaten its existence,” she told Al-Monitor. “The Nour Party demanded clarifying the selection criteria of ministers. I demand clarifying the criteria that allow such a religious party to participate in political life and in parliamentary elections.”