The residents of the Syrian city of Suwayda took to the street in peaceful demonstrations in early September to voice their opposition to the rampant corruption and bad living conditions in the city. 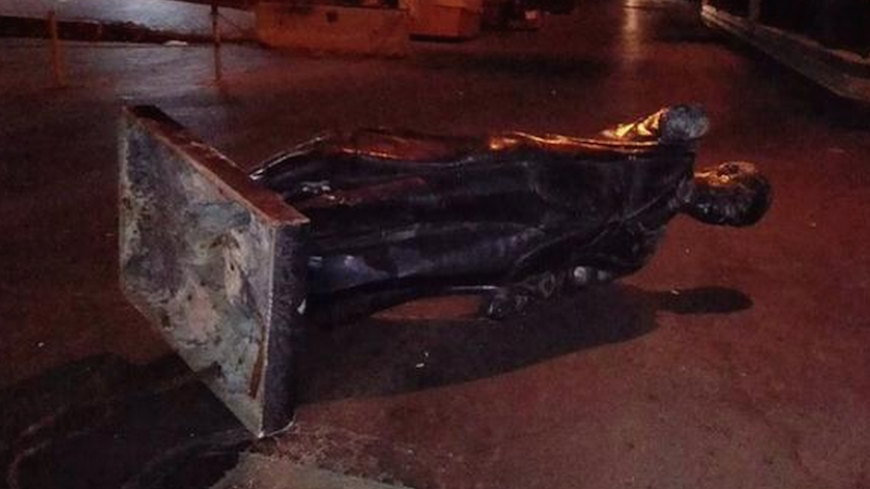 DAMASCUS, Syria — Suwayda, the relatively calm Syrian city with a majority of Druze residents located 100 kilometers (62 miles) south of Damascus, witnessed on Sept. 1 peaceful demonstrations that were the biggest of its kind since the outbreak of the Syrian revolution. Scores of protesters flocked to the governorate’s municipality building downtown, demanding the improvement of living conditions and the dismissal of the corrupt politicians and holding the latter accountable.

The sit-in came as a response to a campaign launched on Facebook — #Khanaqtouna (You Suffocated Us) — by a number of activists in the city. The page quickly garnered the attention and support of the city’s residents, who responded to the call and took to the street. Another protest took place on Sept. 3, where protesters raised their demands, calling for the ousting of the city's governor, Afef Naddaf. Protesters shouted slogans akin to the Arab Spring — “Down with the regime” — but were keen on keeping the march as peaceful as possible, so as to avoid any clashes with the security forces controlling the city, according to the campaign’s Facebook page.

One of the organizers of the campaign, who spoke on condition of anonymity, told Al-Monitor, “The campaign represents all segments of society in the city. We will give the authorities 48 hours to respond to our demands: to provide the city with fuel, improve the electricity distribution and dismiss corrupt officials. Should they fail to meet these demands, we will take to the streets again.”

The young man stressed that this campaign is not affiliated with any political, religious or tribal party, as it merely represents the people of the city who have been affected by the dire economic situation and who are now fed up with the corruption, blaming the city’s governor and the heads of security departments for what is happening.

He also stressed that the protesters will remain peaceful, and will make sure to prevent those who try to infiltrate their ranks to foment discord and chaos or exploit the movement for political purposes. He also said the demonstrators will only carry the Syrian flag.

By Sept. 3, the authorities had not met the protesters’ demands. The only response was that means of communication and the Internet connection in the city have been cut off since that day. The authorities also blocked the Damascus-Suwayda highway in an attempt to isolate the city and to disperse the activists who were using social media to get organized. All this happened in light of a total news blackout by the official media.

Angry posts were published on the campaign‘s Facebook page, and one such post read: “They cut off communication means because they feared our peaceful protests but we will continue.”

Al-Monitor managed to get in touch with Rami, one of the city’s residents who participated in the sit-ins.

On condition that his last name not be revealed, he said, “There were no security forces in the city’s streets during the protests that were held in front of the governorate headquarters on Thursday evening [Sept. 3].” He added, “At some point, the security forces did try to disperse the crowd by opening fire, leading to the death of two civilians. The peaceful protests continued until Friday."

While the sit-ins were ongoing in central Suwayda, the Syrian Observatory for Human Rights reported Sept. 4 that several explosions rocked parts of the city. The first took place in Ein al-Marj, which killed four — including Wahid al-Balous, the Druze sheikh who is known for being an opponent of the Syrian regime and the Islamists. Balous' brother was injured in that attack. Another explosion took place near the National Hospital in Suwayda. The death toll of civilians in the two blasts amounted to 27, while 48 people were wounded.

In light of the ongoing Internet outage throughout the entire city, people have been unable to share news and report on what has been going on. The Syria Satellite Channel and Alikhbaria Syria shared the first images of the blasts, without offering a political or military analysis of the situation in the city. They merely made reassurances that there is a plan to calm the situation, without revealing any further details.

Media reports of the assassination of Balous and the other sheikhs was limited. Druze sheikhs such as Sheikh Rakan al-Atrash appeared in the news, sending a message to the people calling on them to stop protesting and to keep quiet.

The blasts that rocked parts of the city caused the peaceful demonstrations to take a more violent turn. An armed group known by the name of “Balous Men” clashed with the security forces, according to Rami.

“Protesters and gunmen stormed the military security headquarters and besieged the headquarters of the Criminal Security, prompting the regime forces to withdraw from their locations and the city’s streets. Given the absence of security forces, the protests escalated on Sept. 4 as protesters destroyed the statue of former President Hafez al-Assad in the largest square in the city. Gunshots continued to be heard until late at night,” he said.

On Sept. 5, media outlets published what was known as “Statement No. 1” by the Balous Men, announcing that Suwayda is a region liberated from the Syrian regime, in response to the assassination of Balous, thus pointing a finger at the Syrian regime. On the other hand, the official page of Sheikh Balous denied the statement, calling upon the city’s residents to wait for the announcements by the leadership council of the Balous Men.

“The militia of Sheikh Balous continued to control the city’s streets amid a cautious calm on the part of the state. The militiamen were deployed across the city taking the place of the police. The cutting off of the Damascus-Suwayda highway caused the people to panic and rush to secure food supplies, medicine and basic necessaties, in anticipation of a siege by the regime,” Rami said.

“Balous’ brother, who was injured in the blast, is likely to succeed [Balous],” Rami said, stressing that the Balous Men did not announce any official demands before the funeral of their sheikh on Sept. 6. There is information saying that meetings are currently ongoing between the Druze sheikhs and the security officers to reach some sort of a truce.

A local source from Suwayda told Al-Monitor in a telephone interview on Sept. 7 that the power was only cut for two hours, while at other times the city suffers from 16-hour power outages a day. “The regime is trying to absorb the people’s anger by improving electricity in the city,” the source added.

“This is a fabricated story along the lines of the story of Abu Adas following the assassination of Rafik Hariri,” pro-Syrian opposition member Saleh al-Nabwani told Al-Monitor.

“Wafed Abu Turabi has been outside the governorate for over three years. Even if he did recently return to it, it would not have been possible for him to easily wander the streets as he said in the interview. Such an explosion requires complex equipment and it cannot be done by one person — it requires a group of experts,” Nabwani added.