In a new military operation, Jaish al-Islam has succeeded in taking over Tel Kurdi, a strategic region in Syria. 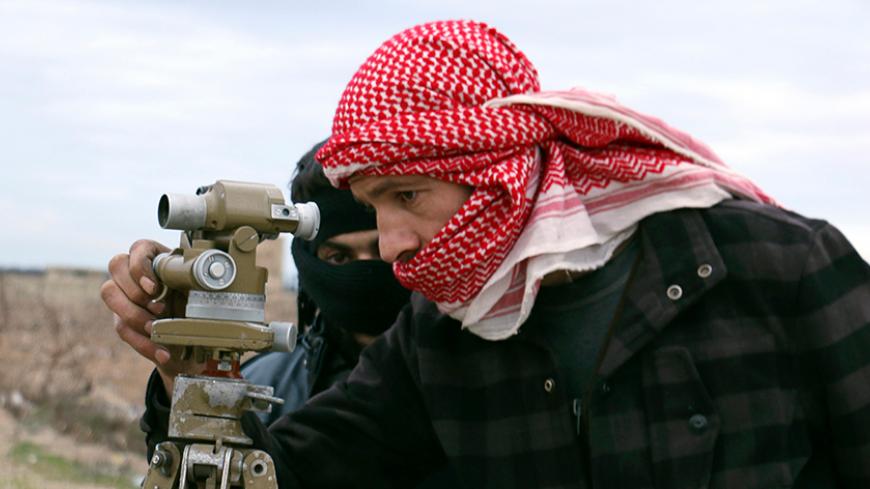 DAMASCUS, Syria — After a year and a half of preparation, Jaish al-Islam finally started a new battle Sept. 9 to take back Tel Kurdi and rid it of the regime's artillery battalion responsible for attacks on rebel-held eastern Ghouta. The operation, named Allah Ghaleb (God Prevails), took the fight through two military fronts separated by the Damascus-Homs International Highway.

The first front is from Douma, Jaish al-Islam’s main stronghold, toward the Tel Kurdi area in the northeast, overlooking the central prison of Adra and the city of Douma. The second is to the west, toward Harasta, all the way to the Dahyet al-Assad (al-Assad suburb) at Damascus' northern entrance. This is seen as a critical area, given the number of security branches surrounding it, not to mention that it is where many Syrian army officers and members of the security forces live.

A day after the start of the battle, Jaish al-Islam managed to fully control the Tel Kurdi area, surrounding hills and some buildings around the central prison of Adra. This Sept. 10 achievement was announced on the group’s official Facebook page and Twitter account. Later on, the group posted photos and video footage explaining the battle operations in the region.

For its part, the Syrian Arab News Agency (SANA) made no reference to the fall of Tel Kurdi, saying only in a brief statement Sept. 12, “Army units and armed forces have deterred infiltration attempts on the part of some terrorists into the military points in Adra and the Tel Kurdi area in eastern Ghouta, killing a number of them and confiscating their weapons and ammunition.”

The Tel Kurdi area is a significant location for the regime as it directly overlooks the city of Douma, Jaish al-Islam’s stronghold. From this hill, the Syrian regime would fire its artillery toward eastern Ghouta. The opposition forces lost this strategic location in October 2014.

In light of these developments in the countryside of the capital, Damascus, Al-Monitor met with Col. Islam Alloush, the official spokesman for Jaish al-Islam. “The main goal of the battle is to eliminate the artillery brigade that destroyed eastern Ghouta and was responsible for the killing of many innocent civilians inside areas that are not under the regime’s control. The consequent goals lie in taking control of the Damascus-Homs highway and in approaching the central prison in Adra as well as other regime-controlled areas,” Alloush said. “We have managed to control the areas adjacent to the central prison to the southern side in the Tel Kurdi area. We are now stationed in the Casino area, where the fighting is ongoing.”

Alloush stressed that the military operation has achieved its goals, as Jaish al-Islam has succeeded in controlling the entire area of Tel Kurdi, adding that the group’s fighters took advantage of the sandstorm that hit Damascus from Sept. 7 to Sept. 11 in their battle. Alloush also said that Jaish al-Islam remained alone in the battle until Sept. 13, when the Rahman Brigade joined the fray.

The Casino area is close to the central prison in Adra, located about 500 meters (a third of a mile) away. Should Jaish al-Islam gain control of this area, it will have reached the walls of the prison.

Some media outlets have been circulating reports about Jaish al-Islam controlling the women’s prison building in the central prison, but Alloush denied these reports to Al-Monitor.

At the other battlefront, toward Harasta on the Damascus-Homs highway, the group took control of many auto showrooms, which the regime forces had turned into military and security centers, all the way to Dahiyat al-Assad (al-Assad suburb), which was the target of more than 30 shells, according to the Syrian Observatory for Human Rights. Jaish al-Islam has also seized control of the Damascus-Homs highway, among other areas, according to an official statement by the group Sept. 13.

Following the attack on Dahiyat al-Assad, tension and mobilization among the ranks of the regime mounted. Al-Monitor witnessed military mobilization on the Berzeh road, and people were not allowed into the suburb, except for its residents, as well as regime-affiliated journalists, amid intense security checks.

In an interview with Al-Monitor, a SANA-affiliated journalist who spoke on condition of anonymity said, “Jaish al-Islam took control of the areas mentioned in its statements, including the military and security points near the al-Assad suburb, such as Tel al-Haras, and the military security hill on the mountain chain to the northeast overlooking Douma the suburb. It also took control of the reserve Joint Chiefs of Staff [building].”

“The regime only managed to restore the Abu Zeid Tel in this front, as it is of great significance as it overlooks the entire suburb and it was a matter of life or death to regain it,” he added.

The journalist also said on Sept. 15 that Jaish al-Islam reached Zone B-4 in the suburb from the northeast and could have entered the suburb if it had wished because the regime forces were preoccupied with the battles in Tel Kurdi and the central prison of Adra and did not anticipate these infiltrations. The fighting is currently ongoing at only 500 meters from the suburb and is “very fierce,” according to the journalist. The regime-controlled media refused to report on these developments for fear of causing panic to spread among the people.

Given the group’s heavy shelling of al-Assad suburb, many civilians living in Zone B-4 were forced to abandon their homes, according to Bilal Ali, one of the residents of the area.

“People started leaving their homes in the B-4 area, while many were wounded and a young man was killed by shrapnel,” he said. “Some homes were looted by the pro-regime Civil Defense forces, which arrived from the Ush al-Warur area in support of the regime, taking advantage of the area being evacuated of its people,” he added.

Ali also said that the school closed its doors during this week in the al-Assad suburb for fear of shells that were incessant for four days starting Sept. 11.

The pro-regime Dahyet al-Assad News Network Facebook Page (D.A.N.N) shared a post Sept. 16 confirming that houses were looted at the hands of the militia of the pro-regime People’s Committees. Moreover, the anti-regime Orient Television broadcast video footage, showing the committees storming into empty houses, taking their contents and putting them into trucks to be sold.

by Murielle KASPRZAK and Joseph SCHMID | AFP | May 26, 2022
END_OF_DOCUMENT_TOKEN_TO_BE_REPLACED