Is Al Jazeera Hamas' voice to the outside world?

Hamas has made a habit of giving Al Jazeera exclusive glimpses into its operations, and the news group has been facing criticism for it. 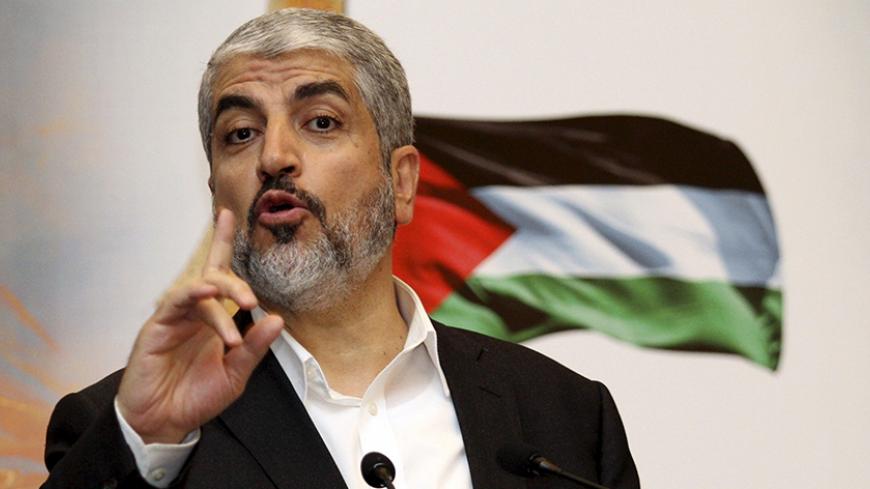 Qatar’s Al Jazeera news group aired on Aug. 27 its investigative report “Rafah … Contact missing” about the capture of Israeli officer Hadar Goldin by Hamas' military wing, Izz ad-Din al-Qassam Brigades, in Rafah during the Gaza war in 2014. The report, prepared by Gaza correspondent Tamer al-Meshal, revealed for the first time exclusive footage and information about al-Qassam Brigades' planning process. The footage spiked controversy in Israeli media outlets, as more than 70 articles were published including news reports, commentaries and analyses of what was revealed.

It was not the first time Al Jazeera broadcast footage of Hamas’ military operations against Israel. Another Al Jazeera correspondent in Gaza, Wael al-Dahdouh, had worked on a report called “Group 9,” about an organization affiliated with al-Qassam Brigades. The report, aired Sept. 21, 2014, revealed new details about the “Nahal al-Awz” operation on July 29, 2014, east of Gaza City.

Al-Monitor recently visited Al Jazeera’s offices in the Gaza Strip, and there were dozens of certificates of appreciation and thank you badges given by Hamas and other Palestinian factions to the channel and its correspondents for their journalistic performance.

The secret behind the special relationship between Hamas and Al Jazeera, and that the channel is given exclusivity to cover Hamas news and events, might lie in the fact that the movement knows exactly how powerful Al Jazeera’s influence has been since it was first founded in 1996. Al Jazeera Media Network now owns Al Jazeera Live, Al Jazeera English, Al Jazeera America, Al Jazeera Documentary Channel, 10 sports channels, Al Jazeera.net, Al Jazeera training center, a center for studies and dozens of offices around the world.

During the Gaza war in July-August 2014, Meshal and Dahdouh showed coverage of the war and operations carried out by al-Qassam Brigades, prompting Palestinians in Gaza to celebrate them immediately after the war, on Aug. 26. Al Jazeera’s management also honored them in a ceremony, and England's University of Cambridge awarded Meshal an honorary master's degree, while the University College of Applied Sciences in Gaza also honored him.

Meshal, who holds a master's degree in journalism from the University of Westminster in London, covered the Israeli wars on Gaza in 2008, 2012 and 2014, as well as the revolutions in Libya, Egypt and Syria, between 2011 and 2013.

Perhaps Hamas — whose fighters have engaged in fierce battles on Gaza's border with the Israeli army — depends greatly on a "battle front" as fierce as any other, but less bloody: the international media, represented by Al Jazeera. The news group devoted long hours of broadcasting during the 50-day war. Hamas provided the channel with first-person details of its operations, and perhaps Hamas considered Al Jazeera to be its voice to the outside world. The channel has been subjected to accusations that it sides with the movement, such as those leveled by daily newspaper Yedioth Ahronoth of Tel Aviv on Aug. 10, 2014.

Al-Qassam Brigades even gave Meshal an exclusive chance to accompany its fighters during the war’s peak in advanced military positions, namely in Shajaiya and al-Tuffah, facing the Israeli army east of Gaza City, and allowed him to enter one of the tunnels it uses for attacks on the border between the Gaza Strip and Israel.

Al-Monitor asked Meshal why Hamas chose him for its exclusive military films. He said, “Hamas knows the power of the journalist it contacted and how powerful the influence of Al Jazeera is. Al-Qassam Brigades’ operations during the Gaza war of 2014 showed a remarkable development, and that is why many journalists — including myself — sought to cover them. Al Jazeera found itself forced to cover the Israeli massacres during the wars on Gaza and the resistance’s strategic development.”

Al Jazeera is trying to show balance in its media coverage without being biased toward Hamas by broadcasting interviews with Israeli officials such as former head of Shin Bet Avi Dichter, Israeli government spokesman Ofir Gendelman and Israel Defense Forces spokesman Avichai Adraee, who have all said in the past that they considered the channel to be Hamas’ mouthpiece.

Meshal told Al-Monitor that he had the chance to “exclusively cover some of the Palestinian resistance operations during different periods."

He said, "This is great for my career as a journalist. I always try to remain professional without becoming a tool in the hands of any political party, so I cover the picture with all its details and convey what I see with a journalist’s objectivity."

He added, “Producing documentaries on the Palestinian resistance requires complete confidentiality. My crew and I do not only face a professional challenge, but a security one as well. The Palestinian factions have become aware of the security challenges that we face as journalists, and when Hamas allows us to film a tunnel or a military site, it takes the required security measures. However, that does not mean that there are no significant risks, [such as the ones] to which we were subjected during the Gaza war of 2014.”

A Hamas official told Al-Monitor on condition of anonymity, “Hamas deals with the media corps as a battle front to face Israel, which owns a media empire around the world. The movement is seeking to recruit Palestinian and Arab media channels with large viewerships to broadcast the concepts of freedom and justice and face the Israeli occupation, as well as break the monopoly of the Israeli narrative in the international media. Al Jazeera has proved that it is able to confront the Israeli media, without having an official link to the movement.”

Khaled Meshaal, head of Hamas' political bureau, resides in Qatar, where Al Jazeera is based. Hamas leaders have close ties with the channel’s officials. The Hamas leadership’s residence in Doha and Al Jazeera’s headquarters are only a few kilometers apart. Hamas granted Al Jazeera an exclusive interview with Meshaal on June 23, 2014.

It seems that Hamas’ special attention to Al Jazeera — which it demonstrates by providing exclusive footage and scoops to the channel — stems from the conviction that the channel’s viewership consists of millions of Arabs and people around the world, and it is watched in almost every Arab home. The fastest way for Hamas to convey its political and military messages is through Al Jazeera. Perhaps the channel also realizes that the exclusivity given by Hamas helps boost its popularity among Arab viewers while giving it a competitive edge among other Arab channels.