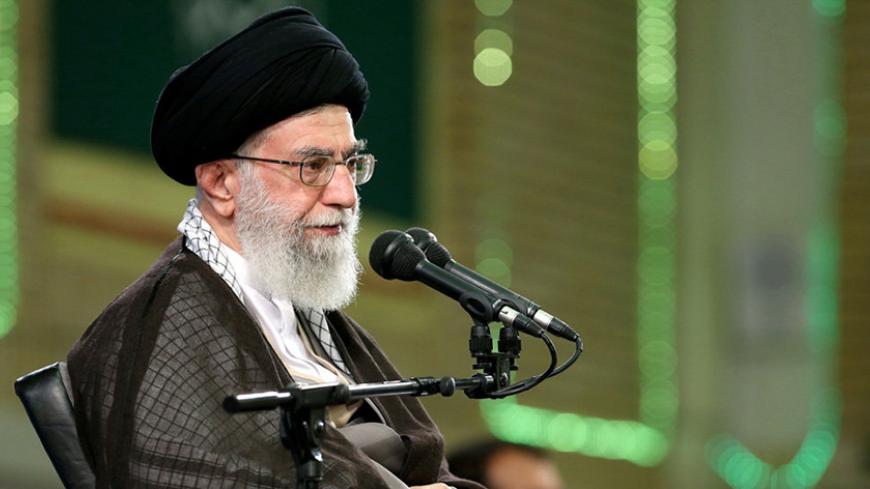 One of the balancing acts for Iran’s Supreme Leader Ayatollah Ali Khamenei has been to engage Western countries in extensive negotiations over their nuclear program without opening the door to deeper Western influence in Iran. Minus last-minute tactics by Republicans in Congress, the Iranian nuclear deal now seems a done deal, and Iranian officials are welcoming foreign and Western investors. These investors — and the tourists and products they will bring along with them — have the potential to open up a country that has been increasingly isolated due to US, EU and UN Security Council sanctions.

The potential for Western or foreign influence poses a problem for conservatives in the country, who would like to maintain the country’s Iranian or Islamic values. During his speech with commanders of the Islamic Revolutionary Guard Corps (IRGC) on Sept. 16, Khamenei talked about the importance of preventing this influence. He warned that one of the paths the enemy would pursue is to influence society and weaken the beliefs of people. He described the enemy as “world arrogance, with America being the complete symbol of it.”

Khamenei advised that “the path to confront this type of influence is to arm the IRGC with the strong logic of the revolution through increasing its persuasive, logical and expressive strength regarding the Islamic Revolution.”

Khamenei accused foreign countries of saying that Iran is an influential player in the region while at the same time saying that Iran must put aside its revolutionary ideals if it wants to be part of the world economy. According to Khamenei, “These two propositions are contradictory, because our strength and influence is due to our revolutionary actions, and naturally — if we put that aside — we will become weak.”

Khamenei warned that “the primary goal of the enemy is that the Iranian nation put aside its revolutionary philosophy until it loses its power so that it is eliminated through the plans of a few bullying countries, which name themselves the international community.” Interestingly, President Hassan Rouhani told the IRGC officers Sept. 15 that the Islamic Revolution brought about the state of the Islamic Republic and hinted that the state should be given priority over the revolution.

Given that the IRGC answers to the supreme leader, they will be more ideologically aligned to Khamenei, who spent a considerable part of his Sept. 16 speech warning about the potential influence of the enemy. “The enemy’s effort to have influence is one of the big threats,” Khamenei said.

He added, “An economic and security influence are of course dangerous and have heavy consequences, but a political and cultural influence is a much larger danger and everyone must be careful.” Khamenei also warned that the enemy is seeking influence in the decision-making centers of the country so that decisions are made based on the wants of foreign countries.

The head of the IRGC, Mohammad Ali Jafari, also spoke to the commanders, echoing Khamenei’s comments about the influence of foreign countries. He said, “With all of our ability, we will properly guard the principles, values and achievements of the Islamic Revolution, and we will never allow those opposed to this divine path to pave the way for the enemy.”