In his speech defending the nuclear deal to the Islamic Revolutionary Guard Corps, Iranian President Hassan Rouhani drew wide attention for calling other threats such as pollution and economic deterioration just as serious as Western influence. 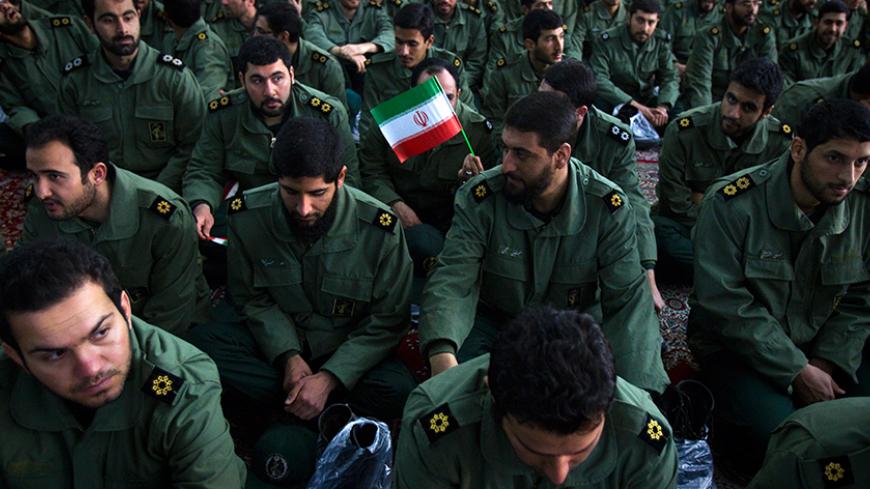 Iranian President Hassan Rouhani defended the nuclear deal between Iran and six world powers at a gathering of commanders of the Islamic Revolutionary Guard Corps. At the 21st National Assembly of IRGC commanders, Rouhani stressed the need for unity but also made headlines for suggesting that social and environmental problems are as dangerous as the enemies facing Iran.

Rouhani praised the accomplishments of the IRGC and other armed forces after the 1979 revolution in protecting the state’s independence and borders. He said that according to the constitution, the duty of the armed forces is to protect “the independence of the state and territorial integrity of the Islamic Republic.” He added that other institutions in the country also have this responsibility, including the Supreme National Security Council, a body for which he was the secretary for nearly 16 years.

Rouhani, who recently warned that he would not allow “extremists” in Iran to sabotage the nuclear deal, stressed the need for unity, saying, “You cannot create a distance between the revolution and the state.” Rouhani did not explain how he defined these two different ideas, but the notion of continuously being a revolutionary state has had at times been in conflict with the practical goals of running the country. The state, sometimes referred to as “the system” in Iran, can be considered both the elected and unelected institutions of the Islamic Republic.

Rouhani said that Iran’s independence has been won, and that the past era “when an embassy, or an ambassador, or a superpower, or a tyrant or a mercenary would make a decision about our fate ... has been completely eliminated.”

On the impact of oil sanctions, which are to be removed following the implementation of the nuclear deal, Rouhani said that while Iran considered them “wrong, oppressive and illegal,” not even “neighboring or friendly countries were willing to violate” them. He added that though the sanctions will be removed, “Diplomacy alone, or military power, or solely soft power or hard power cannot obtain victory, but we all have to stand next to each other.”

Rouhani stressed that the nuclear deal does not mean that Iran does not have enemies and said that Muslims are still being killed in Iraq, Syria, Lebanon, Bahrain, Yemen, Afghanistan and Pakistan. Rouhani also said, making headlines in the Iranian media, “Today, after the nuclear deal and sanctions, Iran is in need of a great movement. Today the enemy is not only the Zionists, the Americans and terrorists, but today the enemy is also dust [pollution], unemployment, recession, inflation and loosening of morals and faith in society, which are all dangerous.” Rouhani also called divorce and addiction “dangerous enemies of independence and freedom.”