The thinking behind Israel relaxing the rules of engagement against Palestinians throwing stones is a double-edged sword. 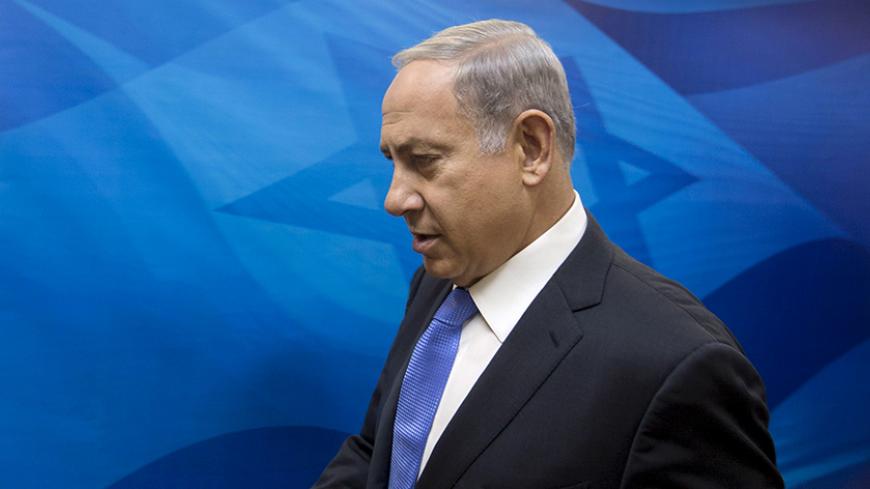 “Whoever tries to attack us, we will hurt him,” Prime Minister Benjamin Netanyahu thundered into reporters’ microphones at the start of the Sept. 20 Cabinet meeting. Four days later, members of the Cabinet translated this sentence into a resolution affirming easing the rules of engagement for security forces to open fire on stone throwers. The resolution, focused on stopping rioting in East Jerusalem and cracking down on stone throwers as criminals, also includes imposing minimum-sentencing guidelines. Netanyahu's position, allegedly anchored in the amended open fire rules, can be found in the Jewish teaching that “if a man comes to kill you, rise early and kill him first” (Talmud, Sanhedrin 72a). The death of Alexander Levlovich, a Jerusalem resident who lost control of his car on the eve of the Jewish New Year, Sept. 13, after a stone cracked his windshield, was a reminder that a stone can kill. The stone killed an innocent Jew. Levlovich was not on his way to seize a Palestinian house. All he wanted was to arrive home safely.

In the contemporary world, there is no symmetry between young men born under an occupation lasting almost 50 years and having lost all hope of freedom and armed soldiers born into a free country. The international community relates to a stone in the hand of the weak completely differently than a rifle in the hands of the strong. What should a Palestinian youth from East Jerusalem be feeling when he throws a stone at a Jew who chooses to set up house in the heart of a Palestinian neighborhood?

The story of the boy who threw a stone at an enemy far stronger and greater than he was is one of the enduring myths in Jewish tradition. Little David, who vanquished the giant Goliath with a sling and stone, became a symbol of Jewish courage and of the victory of the weak and just over the strong and evil. Jerusalem, the city in which youths fight with stones against armed policemen, is also called the City of David, named after the boy who was not deterred by an armored enemy, covered in brass from head to toe and accompanied by men bearing arms. As described in 1 Samuel 17:49, “And David put his hand in his bag, and took thence a stone, and slang it, and smote the Philistine in his forehead that the stone sunk into his forehead; and he fell upon his face to the earth. So David prevailed over the Philistine with a sling and with a stone, and smote the Philistine, and slew him; but there was no sword in the hand of David.”

A stone was also glorified in the biblical story of the woman who dropped one to crush the skull of the evil Abimelech, son of Gideon, son of Yoash, who slaughtered his 69 brothers. The wounded Abimelech commanded his servant to pierce him with his sword “lest men say of me, ‘A woman killed him’” (Judges 9). Here too, the stone was the weapon of the weak. In this story as well, the person wielding the stone is the hero. A photo showing the late Edward Said, the noted Palestinian intellectual, throwing a stone from across the Lebanese border at an Israeli army position resonated throughout the world 15 years ago. His critics called him a terrorist, to which two years ago, Said's daughter, Najla, responded, “That’s kind of like calling Gandhi a terrorist.”

The second intifada, which broke out in October 2000 and was marked by suicide attacks and the use of firearms by the Palestinians, turned them into Goliath and Israel into his victim. On the other hand, the first intifada that started in December 1987 came to be known as the “intifada of stones” and disabused Israelis of the illusion that there is such a thing as an “enlightened occupation.”

At the time, the headlines focused more on the injustices of the occupation and the settlement enterprise than on violence and terrorism. On the one hand, the presentation of the first intifada as a popular uprising helped the United States take a stand at the side of the Palestinians and impose diplomatic negotiations on Israel. On the other hand, the armed intifada during the term of Palestine Liberation Organization Chairman Yasser Arafat and the “no partner” for peace concept provided the Israeli side with an excuse to run in place and helped it push back against external pressure to move toward an agreement.

If the stone is the weapon of the occupied, Netanyahu’s use of the term “stone terrorism” attests to the weakness of the occupier. It is reminiscent of the term “diplomatic terrorism,” which former Foreign Minister Avigdor Liberman used to describe Palestinian initiatives to join international organizations, and the term “economic terrorism,” used by Israeli representatives to describe the boycott of settlement products. Viewed in this context, the threat “whoever tries to attack us, we will hurt him” is a double-edged sword. Hour by hour, day in and day out, Israel hurts the pride of the Palestinians; it harms their land, their property, their freedom of movement and the lives of the millions of Palestinians under its rule. The murderers of a Palestinian family and the soldiers who shot Palestinian youths in the back are walking about freely. A dialogue of the kind that Netanyahu is conducting with the Palestinians — “whoever tries to attack us, we will hurt him” — is a guarantee for perpetual violence: Anyone who tries to hurt us, we will hurt him; anyone who is hurt will hurt us; and so on and so forth.

If additional proof were needed of Jerusalem being a divided city, the “trigger happy” policy toward the Palestinians supplies it. West Jerusalem has known dozens, if not hundreds, of protests over the years by ultra-Orthodox Jews demanding that streets be closed to traffic on the Sabbath, objecting to the conscription of rabbinical students into the Israel Defense Forces and railing about “sacrilege” against the sanctity of graves in the course of road construction and archaeological digs. Stones were thrown, some of them quite large; police were injured; cars were damaged; intersections were blocked. All the while, not a single policeman dared point his weapon at one of the stone throwers. Not a single minister advocated prohibiting the promotion of judges deemed too lenient in their sentencing of the stone-throwing criminals among his people, as per Public Security Minister Gilad Erdan's proposal concerning judges dealing with Palestinian stone throwers. No prime minister threatened that if a Jew tries to hurt us, we will hurt him. After all, we are all sons of King David.