Jewish Israeli photojournalist Miki Kratsman has been posting photos of Palestinians he took while covering the Israeli-Palestinian conflict for over 30 years, and asking about what happened to them. 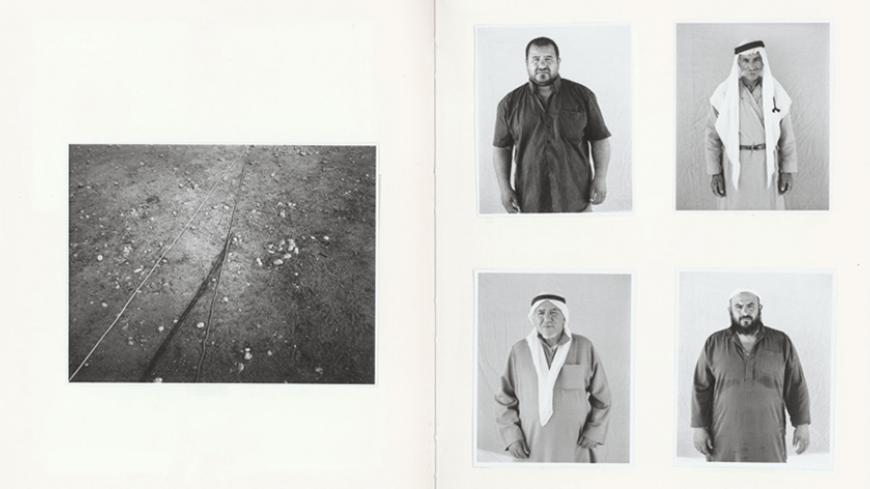 Israeli photojournalist Miki Kratsman has spent a long career cataloging Palestinian subjects, as in this digital pigment print from his sketchbook #1, 2010, on display at the Chelouche Gallery in Tel Aviv. - Chelouchegallery.com

GAZA CITY, Gaza Strip — Miki Kratsman is a Jewish Israeli photojournalist who was born in Argentina. On his Facebook page, “People I Met,” launched on Dec. 2, 2013, he posted Aug. 24 a photo that he offered to the Peabody Museum of Archaeology and Ethnology at Harvard University, and which is part of his project focusing on images of Palestinians who have died and are identified as shahids, or martyrs. It is a photograph that he took 12 years ago of Abdel Rahman Skafi, a Palestinian child, in Shajaiya neighborhood in eastern Gaza City.

Above every photo that includes the date it was taken on his Facebook page, Kratsman, 56, asks the question of what happened to the people in the photograph. Skafi’s photo is one of the ones that got the attention of his friends after he was killed in an attack by the Israeli army that claimed the lives of 60 people and wounded more than 200 during the war on the Gaza Strip in 2014.

Eslam al-Halaq, a friend of Skafi, left a comment on Kratsman’s page, saying that Skafi was killed in the 2014 war. He told Al-Monitor that he cried when he saw his friend’s photo as a child, and wished he were still alive to share the photo and joke together.

The comments on the photos of those who were killed or imprisoned makes Kratsman feel sad. He has covered the Israeli-Palestinian conflict since 1986, and has met a lot of Palestinian civilians, taken thousands of pictures and documented the shootings and public and official events. Since November 2011, he has been trying to find out what has happened to the people in his photographs.

Kratsman told Al-Monitor that so far he has posted 5,000 photos of Palestinians. He said, “I worked for Haaretz’s Twilight Zone column with journalist Gideon Levy from 1993 to 2012. Every fortnight, two days were entirely dedicated to taking photos of events in the occupied Palestinian territories.”

Kratsman’s goal was to show the lives of ordinary people, as he is not interested in taking photos of celebrities. "The Israelis have not met the Palestinians since the conflict intensified between both sides. My goal is to help the Israelis see the Palestinian victims who did not choose to die and who love life, contrary to the idea that the Palestinians love death — the way the [Israeli] politicians like to portray them,” he added.

For Kratsman, the photos deliver a message about the people in them and explain their suffering; looking at them is similar to reading a story on a Palestinian citizen and the occupation. As a peace activist, he is against the occupation and believes that the Israelis and Palestinians should live in peace.

He said, “I have always told myself that the people I took photos of were in danger and threatened with death. I'm sad because these people could die at any time due to armed conflicts.”

During the wedding ceremony of the son of Palestinian prisoner Jamal Abu Hija in 2003 in the Jenin refugee camp, Kratsman took a picture of a number of citizens who died before he posted the photos in 2007. He recalls that after he published the photograph, he noticed signs of sadness and despair in the victims’ eyes.

Kratsman said, “I try to focus on the photos of those who were killed by the occupation forces. On the day Abu Hamza al-Hija [Jamal’s son] was killed, it happened that I posted a photograph of him playing football [soccer] in 2003. I was saddened when I read in the comments the news that Hamza had been killed.”

Kratsman returns to the sites in the Palestinian territories where he took the photographs to see the people and the areas he visited years ago. He usually posts the photos years after they were taken. He is currently covering the demonstrations against the separation wall in the town of Ni'lin in the West Bank.

"I have worked in the occupied territories — Gaza and the West Bank — for 30 consecutive years. Through my archive, I convey the news of the lives of ordinary people, and learn who has died or who is imprisoned. I'm happy when I hear that the people in the photos are fine and very sad when I learn that they were killed, captured or wounded because of the occupation,” Kratsman said.

With his camera, Kratsman took photos of thousands of Palestinians whom he met by chance, as he was covering the clashes with the Israeli army or public events. Years after they were taken, the photos have become an archive explaining the Palestinians’ daily life in detail. With every photo he posts, the question remains of what has happened to the people in the photograph.