Iran's Supreme Leader Ayatollah Ali Khamenei seems to be breaking ties with the hard-line Kayhan newspaper, long understood to be his mouthpiece. 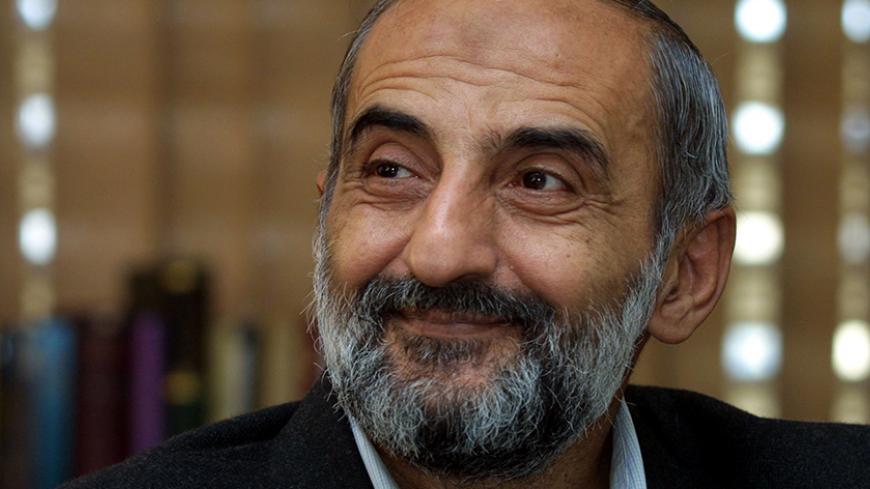 A correspondent in Tehran
September 30, 2015

TEHRAN, Iran — During the past two decades, the Kayhan newspaper has been functioning as the unofficial tribune of Iranian Supreme Leader Ayatollah Ali Khamenei. Its editor-in-chief, hard-line ideologue Hossein Shariatmadari, 68, is a major media personality. First appointed as the representative of the supreme leader at Kayhan in January 1993, he is notorious for his radical anti-Reformist stance in the late 1990s, harsh campaigning against the Green Movement in 2009 and unforgiving criticism of the nuclear negotiators since 2013.

Over the past two months, however, there have been clear indications that the supreme leader and senior Islamic Revolutionary Guard Corps (IRGC) officials are no longer interested in seeing Shariatmadari attributing his own radical views to Khamenei.

On Sept. 1, the Office of the Supreme Leader published a statement on Khamenei’s position on Iran’s nuclear negotiations with six world powers. It said the latter was “openly and clearly” communicated in Khamenei’s meeting with students of Imam Hussein University on April 9 and further repeated in meetings with top officials during the holy month of Ramadan and subsequently on Eid al-Fitr. At the end of the statement, it was again emphasized that “anything else attributed to the supreme leader is false.”

As far as the media and public opinion in Iran are concerned, this statement was a direct answer to Shariatmadari’s Aug. 14 editorial, “The Only Option on the Table.” Shariatmadari had made references to Khamenei’s Eid al-Fitr speech in this piece and claimed, “We can confidently say that he is not at all satisfied with the text of the agreement.” Since Khamenei had not yet expressed any opinion on the July 14 Joint Comprehensive Plan of Action (JCPOA) at that time, Shariatmadari’s editorial was widely interpreted as the supreme leader’s unofficial stance.

A Reformist political journalist who works for the newspaper Mardomsalari spoke about this dynamic with Al-Monitor on condition of anonymity. He said, “The political and legal importance of Shariatmadari comes from the fact that, aside from being the editor-in-chief of Kayhan, he is also the representative of [Khamenei] at Kayhan. During the past 18 years, since the victory of Mohammad Khatami in the 1997 presidential election, Shariatmadari has been known as Khamenei’s mouthpiece, meaning that he would write things in Kayhan that Khamenei himself could not say in his speeches. No one doubted Shariatmadari’s closeness to Khamenei.”

Referring to the Sept. 1 statement, the journalist added, “This was the first time that the Office of the Supreme Leader published a statement officially rejecting the claims made by Shariatmadari. I think this was a serious blow to the position of Shariatmadari and Kayhan, and was a sign of a divergence between the positions of the supreme leader and Kayhan.”

The maneuvering against Shariatmadari appears to have first begun Aug. 17, when Hamid Reza Moghadam Far, cultural-media adviser to the top commander of the IRGC, published an open letter addressed to Kayhan’s editor-in-chief in Tasnim News, which has close ties to the IRGC. In the letter, Moghadam Far explicitly stated, “I am amazed that a veteran revolutionary such as yourself is asserting and trying to convince his readership that ‘the supreme leader thinks as I do, analyzes as I do and understands as I do’!”

Moghadam Far further accused Shariatmadari of trying to instigate divergence between revolutionary forces. He also clearly specified that as far as he is concerned — and more than likely, as far as senior IRGC commanders are concerned — Shariatmadari does not speak for Khamenei. He then directly asked, “Isn’t it better to clearly declare your own position on this issue instead of pretending that you are speaking for the supreme leader?”

Shariatmadari wrote a total of seven editorials in Kayhan between July 14, when the JCPOA was struck, and Sept. 1, when the Office of the Supreme Leader issued its statement on the nuclear deal. In each of these editorials, Shariatmadari harshly criticized the text of the JCPOA and President Hassan Rouhani’s “diplomatic retreats” before the West. Since the statement came from Khamenei’s office, however, Shariatmadari has only published two editorials — with no further criticism of the JCPOA. Instead, he has only asked the conservative-dominated parliament to review the text of the nuclear deal in accordance with Khamenei’s orders.

Aside from the criticism by the Office of the Supreme Leader and the IRGC cultural-media adviser, there are other signs indicating that Kayhan is losing its long-held position as Khamenei’s tribune.

Since mid-July, a new publication called Khatt-e Hezbollah (the Path of Hezbollah) has been distributed via Khamenei’s website. The timing of this new publication’s appearance, just days after the JCPOA was struck, is intriguing. On July 20, Khamenei’s website announced, “Khatt-e Hezbollah will function as the published media for the website www.khamenei.ir in revolutionary circles, Friday prayers, religious councils and Basij compounds.” It thus appears that the intention behind the launch of Khatt-e Hezbollah as the supreme leader’s official publication is to make sure that no other outlet, including Kayhan, can claim that it is reflecting Khamenei’s views.

Speaking on condition of anonymity, a Tehran-based political analyst shared his assessment of the impact of these developments and the future of Kayhan in Iran’s political structure. “Kayhan will no doubt continue to function as an important newspaper, but there will be one major modification: Kayhan has lost the magic connection it used to have with the supreme leader.” Does this then mean that Shariatmadari’s influence is waning? In the words of the analyst, “Today, Kayhan is just a normal newspaper, for it has now lost its vital link to the supreme leader.”