Iranian newspaper Kayhan reports that US President Barack Obama's letter to Iran's supreme leader is a sign that the United States has reached a dead end in Iraq. 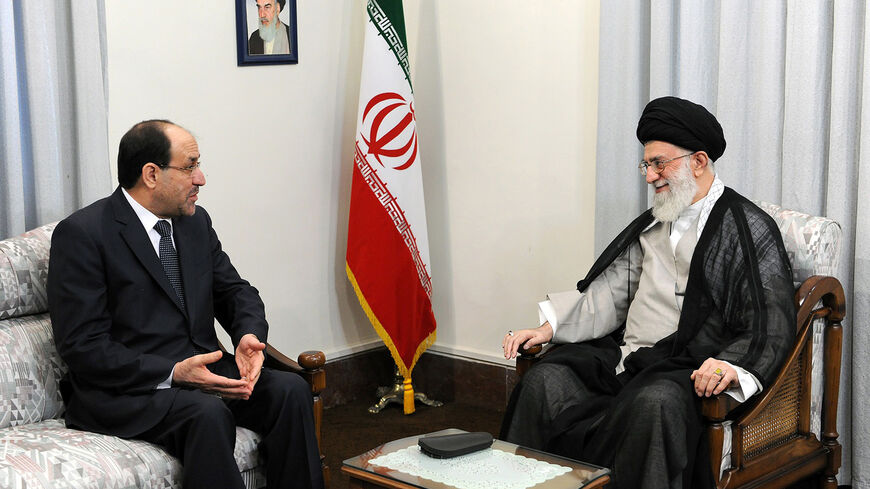 Supreme Leader Ayatollah Ali Khamenei’s personal website has republished an article by Kayhan newspaper that responded to reports about US President Barack Obama’s letter offering Iran cooperation against the Islamic State (IS) if a nuclear deal is signed by Nov. 24. Though the newspaper does not always specifically reflect Ayatollah Khamenei's views, the fact that this article was republished on his website is a rare endorsement of some of the views expressed in the article.

Obama’s letter, first reported by the Wall Street Journal, initially received straightforward coverage from Iranian news agencies and brief mentions on Iranian TV. In recent days, there has been more coverage, especially the foreign media reacting to the letter.

The article by Sadollah Zarei in Kayhan, who is sometimes erroneously referred to as the “mouthpiece” of Ayatollah Khamenei, did not confirm the existence of the letter. It also does not shed any light on Iran’s position in the nuclear talks or mentions the talks taking place between Iranian Foreign Minister Mohammad Javad Zarif and US Secretary of State John Kerry in Oman.

Two of the most notable points in the article, however, are that the writer believes that Obama’s previous letters were followed by hostile acts from the United States against Iran. The article also sheds light on how the conservative faction in Iran views the latest developments in Iraq, a view that is not shared by officials within the Hassan Rouhani administration, who have advocated for Iran-US cooperation against IS.

Regarding the previous letters, Zarei wrote that Obama's first letter was written just prior to the 2009 presidential election. The letter, according to Kayhan, expressed hope in improving ties between the two countries. But “after the 2009 sedition, America one more time turned back on its supposed position and wanted to overthrow the Islamic Republic.” Kayhan newspaper has been a leading advocate within the hard-line media of the idea that the 2009 Green Movement and the post-2009 election protests was a US and Israeli plot. Zarei also wrote that another letter from Obama in early 2013 was followed by sanctions against Iran.

Zarei wrote that the United States initially viewed the emergence of IS in Iraq as an excuse to play a large role once again and to upset the previous balance. But according to Zarei, Kerry’s trip to Iraq in September revealed to the administration that a number of the regions in Iraq were not as critical as being reported by media outlets.

He wrote that with the support of religious leaders in Najaf and Iranian guidance, Iraqi defense forces have liberated a number of Iraqi cities, including Jurf al Sakhar, Baiji and Amerli. Zarei attributed these victories to Iraqi forces known as “maratib,” literally the ranks, and wrote that these groups know that if they operate under US commanders, the US media would attribute all of these victories to the United States. According to Zarei, a number of these forces also claimed that if the United States interfered with their operations, they would halt their activities.

Zarei did not speculate on how the supreme leader would respond to the letter but finished the article with a previous quote from the supreme leader in which he said, “Iran does not trust America. Underneath their velvet gloves, they have hidden iron hands.”

Kayhan’s editor, Hossein Shariatmadari, was chosen by Ayatollah Khamenei. It is not the only Iranian newspaper under the supervision of the supreme leader’s office. It does, however, receive a great deal of attention and many of its editorials are often republished by Iranian websites. In addition to the supreme leader’s website, this article was republished by popular conservative websites Fars News, Tabnak and Khorasan, as well as several other websites.