What Rouhani's done to fight corruption

The Rouhani administration has done a great deal to fight pervasive corruption in Iran, and though progress is slow, the removal of sanctions will clear the way for further efforts. 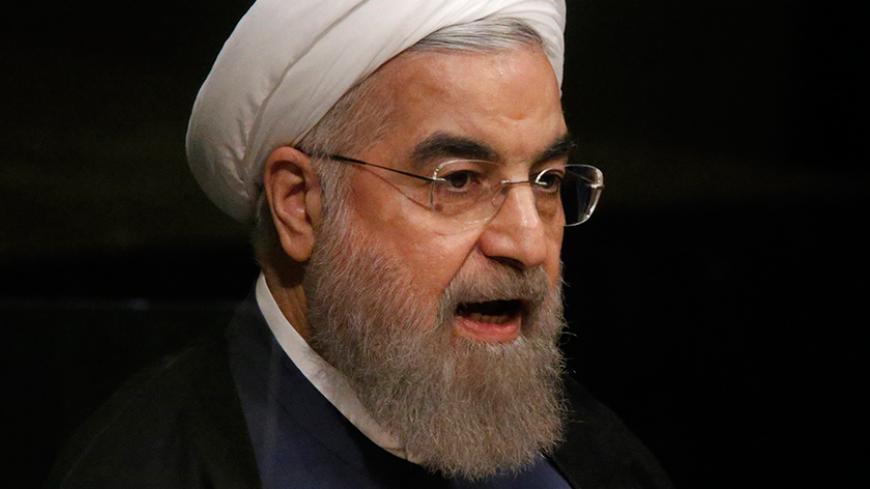 There has been a lot of talk in Iran about fighting administrative and financial corruption over the past decade. Yet, corruption has not diminished. Rather, the phenomenon has continued to plague the Iranian economy. High-level meetings, including regular sessions attended by the heads of the three branches of government, have so far failed to produce any tangible improvement. Transparency International’s 2014 Corruption Perceptions Index ranked Iran 136th out of 175 countries. While a slight improvement compared with 2013, when Iran ranked 144th out of 177 countries, this standing is unacceptable for a nation seeking to attract hundreds of billions of dollars in foreign investment.

There is no doubt that the administration of President Hassan Rouhani is serious about fighting corruption. In December 2014, Rouhani went as far as stating that the fight against corruption should be felt by the people. There is also an appreciation in the government that a genuine anti-corruption campaign would have to include political and structural reforms. Mojtaba Khosrotaj, deputy minister of industry, mines and trade, said, “A concentration of power and decision-making without engaging community-based organizations is prone to corruption.” However, actual results have been dissatisfactory. This can partly be explained by the depth of corruption and mismanagement under the previous administration of Mahmoud Ahmadinejad as well as the negative impact the sanctions have had on the business environment.

Now that major external sanctions on Iran are to be lifted, the question is what the government is actually doing to contain the damaging effects of corruption. Below, various aspects are assessed to gauge the sincerity of the Rouhani administration’s anti-corruption campaign.

One of the challenges in effectively prosecuting corruption in Iran has been the ambiguity of legal provisions. A law to promote administrative health and to fight corruption was first passed in 2008 for a trial period of three years, and then it was extended for another three years in 2011. It offers clear definitions of corrupt acts as well as the government’s responsibility in offering transparent information and fighting corruption. Indeed, the growing number of corruption cases that are being pursued (including cases against two former vice presidents as well as former Social Security Organization chief Saeed Mortazavi) have relied on the provisions of this law. At this juncture, the next logical step would be to either turn the law into permanent legislation or to draft an improved version for further debate. However, considering that the parliament is in the final year of its term, it is understandable that the government would engage the next parliament on a solid legal framework to prosecute corruption.

Amid the ongoing anti-corruption campaign, it is also clear that various interest groups are putting pressure on the government not to pursue past cases of corruption. Referring to this, First Vice President Eshaq Jahangiri — who also heads the Anti-Corruption Task Force — publicly stated Sept. 19, “Some say that we should stop talking about the past, but many past issues remain unresolved.” Incidentally, Ahmadinejad has sued Jahangiri to rebut the latter’s accusations against the former government. It is conceivable that the Rouhani administration’s push to expose past corruption could lead to further political tensions, especially as the country is preparing for parliamentary elections in February.

Members of the business community say provincial authorities that feel far from the centralized auditing systems are one of the clear sources of corruption. Indeed, provincial authorities in charge of issuing permits for projects and businesses abuse their position and demand bribes. There are signs that the Rouhani government is trying to address this issue by decentralizing the entities fighting corruption. According to Justice Minister Mostafa Pourmohammadi, the government has established provincial offices to fight administrative corruption on bureaucratic levels. A pushback against provincial sources of corruption would certainly be an important step in this process.

The most significant platform for the unprecedented growth in corruption under the Ahmadinejad administration was the impact of external sanctions. According to senior Rouhani adviser Akbar Torkan, old shady networks — that had earlier been dismantled — took shape and introduced layers of corruption into the country’s foreign trade under the sanctions regime. Torkan believes that it will take years after the lifting of sanctions to rid the country’s foreign trade structures of these shady networks.

The Rouhani administration had originally issued a decree to fight smuggling in March 2014, but in August of this year, the original law was revised to facilitate the implementation of the legal provisions. Nonetheless, it is estimated that goods worth $25 billion are smuggled into Iran every year. The smuggling not only undermines domestic manufacturers, but also eats into the government’s revenues. Experts believe that the smuggling is the work of networks that have political influence. It remains to be seen whether the Rouhani administration will go after such interest groups. Clearly, the lifting of sanctions will be a key component in the process of pushing back such entities.

Fighting corruption in the banking sector

As various past cases show, the country’s banks have contributed heavily to corruption cases, usually by extending loan facilities without due process. Business insiders have told Al-Monitor that the processing of loans and especially grants, as well as the monitoring of banks, has now become more intrusive. All this has made it more difficult for corrupt networks to take advantage of the banking sector.

Lastly, one of the most obvious sources of corruption has been Iran’s two-tiered exchange rate system. The differential between the so-called forex chamber rate and the free market rate has been about 15% for most of the past two years. In line with the objective to unify rates, the Management and Planning Organization has announced that the official exchange rate will be adjusted to 31,000 rials to the dollar beyond March 2016. Though this is still distant from the 35,000 rials that the greenback currently fetches on the free market, it is a first important step toward closing the gap. The government’s goal seems to be to unify the exchange rates by the end of the next Iranian year (March 2017), closing the door on many corrupt dealings.

All in all, while moving in the right direction, the Rouhani administration has not produced its intended results. Clearly, the lifting of sanctions will not only remove some obstacles in the way of fighting corruption and smuggling, but will also make available further government resources to put more effort into this important campaign. Nonetheless, a long list of legal, structural and political reforms will be needed to achieve a tangible improvement in the country’s financial and business climates.