Speculation about Turkish civil war is just that

Clashes between Turkish security forces and the PKK are intensifying and becoming more violent. 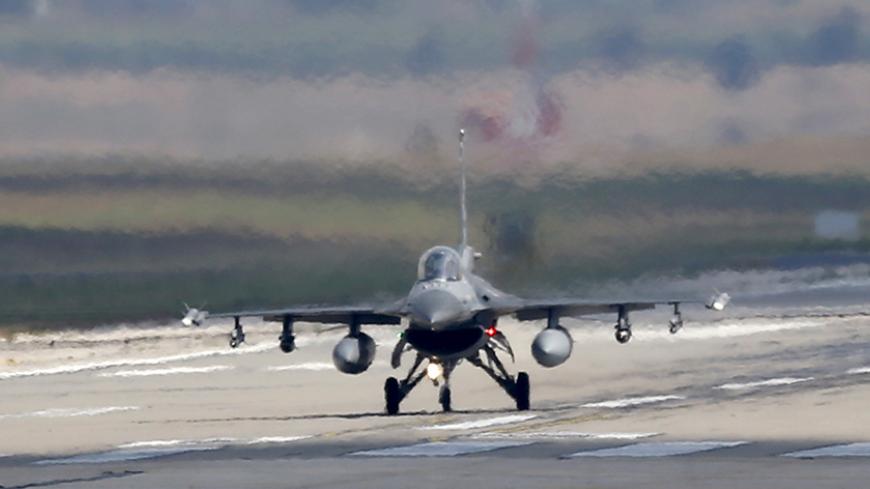 About a week after my July 16 column titled “Is Turkey on brink of more violence?” Turkey was indeed caught up in a major spiral of violence. It started with the Islamic State (IS) suicide bomb attack July 20 in Suruc.

The outlawed Kurdistan Workers Party’s (PKK) execution of two policemen in their beds in Sanliurfa as retaliation for the Suruc bombing triggered sustained clashes between Turkish security forces and the PKK. On the 25th day of clashes, the death toll stood at 26 security personnel and six civilians.

The PKK’s losses are mostly the subject of speculation. But intensive bombing of its heavy-weapons bases and its logistics, communications and training facilities by Turkish F-16s at northern Iraq’s Qandil, Zap, Avasin-Basyan and Metina regions caused massive destruction. When the PKK's losses in Turkey are added to the losses by aerial attacks, the group’s fatality toll is believed to count in the hundreds. The semi-official Anatolia News Agency quoted official sources as claiming the PKK has lost 390 fighters in Turkish air attacks.

In the latest incident on Aug. 10 in Istanbul’s Sultanbeyli district, three PKK militants and a police chief were killed. Within hours, two female militants of the radical leftist Revolutionary People’s Liberation Army-Front (DHKP-C), which supports the armed struggle of the PKK, targeted the US Consulate in Istanbul. One of the female attackers, a well-known DHKP-C militant, was wounded and caught.

Also on Aug. 10, on what has become known as “Bloody Monday,” an improvised explosive device planted by the PKK in Silopi killed four policemen.

The clashes are becoming more violent and appear to be slowly spreading to the entire country. The latest signal of the expansion was the bombing of PKK targets inside Turkey by the Turkish air force for the first time since September 2012. After the lull in such attacks because of negotiations between Turkey and the Kurdish political movement, Turkish F-16s attacked 17 PKK targets Aug. 11 in rural Hakkari. In the attacks, 110 F-16s participated in four waves against PKK targets in northern Iraq, where smart bombs were fired at 400 different targets.

While these numbers illustrate the seriousness of Turkey’s armed operations against the PKK, Turkey has lunched only a single air attack against IS, using three F-16s against five targets close to the Turkish border. This clearly shows that Turkey gives top priority to its fight with the PKK instead of IS.

The commonly perceived reason for the upsurge of violence is the execution of the two policemen in their beds as retaliation to the Suruc bombing. But retaliatory strikes were not made after a Nov. 13 attack when the PKK executed a noncommissioned officer in front of his wife while they were out shopping, or the Oct. 25 murder of three soldiers in civilian clothes while they were shopping in Yuksekova. Does this mean that such executions do not play a major role in the resumption of clashes?

One analysis is based on the role of local dynamics. Discussions with security sources based in southeast Turkey lead Al-Monitor to understand that the tension in the east and southeast provinces mounted sharply after the June 7 elections. Turkish intelligence reports note the PKK has given its military field commanders more authority to make and carry out decisions. When Turkey responded by allowing provincial governors to initiate actions, the Suruc suicide bombing became the spark that ignited the clashes.

Neither Ankara nor the PKK military headquarters in the Qandil Mountains — or the imprisoned PKK leader, Abdullah Ocalan — could keep the clashes from erupting. (Or perhaps they didn’t want to!)

Another analysis focuses on Turkey's domestic politics. On Feb. 28, a critical meeting was held in Istanbul’s Dolmabahce Palace between officials of the Justice and Development Party (AKP) and decision-makers from the pro-Kurdish Peoples' Democratic Party (HDP) in an effort to map out a solution. An agreement reportedly was reached.

But President Recep Tayyip Erdogan and other AKP senior officials said after the June 7 elections that they don’t recognize the Dolmabahce Accord, which swiftly cast doubts on the fate of the solution process. This is when the PKK, seeking to change the minds of AKP decision-makers, turned to what it knows best as the most effective option: It launched armed operations. The AKP leaders, instead of trying to persuade the PKK otherwise, also opted for clashes to attract the nationalist votes it will need in a snap election.

The final analysis is about regional dynamics. Here we must bear in mind the stepped-up US pressure on Turkey since June to be more active in the fight against IS. Turkey is aware it cannot resist the American pressure, as Turkey hopes to gain more leeway in its fight against the PKK in return for the support it will give to fight IS. In simpler terms, when Ankara realized it was cornered into action against IS, it decided to simultaneously launch its anti-PKK military struggle.

The worst-case scenario for Turkey is civil war, or possibly a coup to prevent such an occurrence. In recent days there have been frequent predictions in both Turkish and international media that Turkey is rapidly heading toward civil war. Some observers say widespread clashes in Turkey have actually created "a coup mechanism" that the army wants. Theoretically, a coup would take place before clashes could become a civil war.

The best-case scenario is a sudden end to clashes. This possibility is based on the belief that the clashes have been the outcome of the political turmoil in Ankara. If that situation improves and a state authority firmly in charge of the solution process is appointed, the clashes could end as suddenly as they began.

The air attacks against PKK targets inside Turkey mark a critical threshold. Turkey's F-16s are concentrating their strikes in the Kazan Valley, where the PKK has established transit bases it uses when entering and leaving Turkey, logistics facilities and training camps. The question now is: How will the PKK respond? A tactical view suggests that both Turkish security forces and the PKK are slowly raising the bar for clashes. After all, the Turkish side, which knew all about these PKK targets, waited 20 days before hitting them.

Key elements of the current situation are as follows:

It would be an exaggeration to suggest, given the circumstances, that Turkey is heading toward civil war. To claim the current situation is leading to a coup would be to ignore that the radical transformation in civilian-military relations in Turkey in the past 15 years and that today the Turkish armed forces are fully under the control of civilian political rule. Turkish command echelons that have learned the lessons of the past decade are dedicated foes of the word "coup."

Who is responsible then? Primarily it is Erdogan, the decision-makers in Ankara and the PKK leadership led by the imprisoned Ocalan. Will Erdogan use his invaluable personal charisma to win support for tough action, or will he try to minimize the social tensions with a softer approach? Will Ocalan opt to support the pro-Kurdish HDP in the civilian politics of Ankara, or will he decide to keep his forces in the mountains and pursue armed violence?

Answers to these questions will tell us which way Turkey is heading.