The $55 billion cost of abandoning the Kurdish peace process

The economic burden of the Kurdish conflict was one of the government’s key arguments when it launched the Kurdish peace process in 2013, but today, Ankara seems to be braving a hefty economic bill for the sake of its political interests. 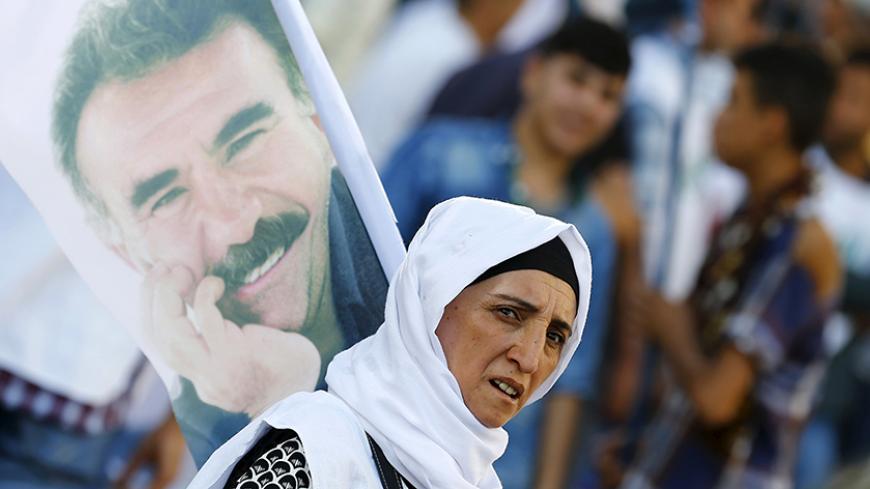 Back in 2013, efforts to resolve the Kurdish problem — called the “settlement process” or “peace process” — had ushered Turkey into a new era. A reconciliation message by Abdullah Ocalan, the jailed leader of the outlawed Kurdistan Workers Party (PKK), was read out in Kurdish and Turkish during Nowruz celebrations in Diyarbakir that year, boosting nationwide optimism. With a cease-fire in place, the police and the army stopped operations against the PKK, marking the beginning of a rather quiet period in Turkey.

The Justice and Development Party (AKP) government and then-Prime Minister Recep Tayyip Erdogan undertook a number of initiatives to speed up the settlement process and drum up public support. Meetings between government and Kurdish representatives in the Dolmabahce Palace became the colorful public face of the efforts.

The climax came in November 2013 when Massoud Barzani, president of the Iraqi Kurdistan Regional Government, visited Diyarbakir to meet with Erdogan, arriving in a motorcade of 50 cars. The two leaders appeared hand in hand at a crowded rally in the city, as popular Kurdish folk singer Ibrahim Tatlises and another Kurdish musical icon, the long-exiled Siwan Perwer, sang Kurdish songs, while the premier’s wife, Emine Erdogan, wore a traditional Kurdish scarf. It was a scene loaded with emotions, both for the thousands at the rally and the millions in front of TV screens.

To justify the settlement process and enlist public support, Erdogan’s government focused on the economic aspect of the Kurdish conflict. After months of comprehensive work, the Economy Ministry released a report titled “The Estimated Cost of Terrorism on National Economy.”

Presented by Deputy Prime Minister Numan Kurtulmus, the report, which covered the 1986-2012 period, put the death toll at 35,000, including 7,000 members of the security forces. The economic loss was estimated at $1.2 trillion, based on the assumption that, in a peaceful environment, the Turkish economy’s growth rate would have been 0.5 points higher each year. Stressing that Turkey relied on borrowing to cover military expenses, Kurtulmus said the anti-terror struggle had added 358 billion Turkish lira ($180 billion) on the defense and security bill.

For a better illustration of numbers, Turks were told that the $1.2 trillion loss was equivalent to 150 high-speed train projects between Ankara and Istanbul, a home and a car for every Turkish family and a $2,400 increase in national income per capita that would have brought the figure to $11,150. In short, the AKP was trying to drum up public support with the argument that the Kurdish conflict was a mammoth burden on the Turkish economy.

Ahead of the June 7 elections, however, Erdogan — now president — made a drastic U-turn on his Kurdish policy. After the polls, he and Prime Minister Ahmet Davutoglu proclaimed the end of the settlement process, vowing that “the struggle will continue until the PKK is rooted out.”

Following the massive bomb attack in Suruc on July 20, the AKP government made a decision to fight the Islamic State (IS), but in a surprise development, it made clear it would simultaneously target the PKK. An air campaign was launched against PKK bases in northern Iraq and southeast Turkey, and the PKK mounted daily attacks on Turkish soldiers and police.

The abrupt escalation has already had a serious impact on the fragile Turkish economy. The AKP and Erdogan, who had highlighted economic burdens while launching the settlement process, appear ready to risk even worse economic consequence today for the sake of their political interests.

The Turkish currency has nosedived since the Suruc bombing. A dollar bought 2.64 Turkish lira on July 15 and 2.79 Turkish lira on Aug. 5. This 0.15-lira increase means that the Turkish public and private sectors’ foreign debt stock, which totals about $400 billion, has now swelled by 60 billion in terms of Turkish lira.

The Central Bank has kept its interest rates unchanged, but with political risks rising, interest rates on the bond market have shot up by 1.5-2 points, reaching two-digit figures. This means an additional burden of 10 billion Turkish lira ($3.5 billion) added on the Treasury’s domestic borrowing cost and the bank loans of private sector and individuals.

Away from financial markets, the picture is equally gloomy. People have begun to shun shopping malls following police warnings of possible attacks in crowded areas, especially in big cities.

The tourism sector, too, has taken a serious blow, with many countries advising citizens against traveling to Turkey. The Touristic Hoteliers, Entrepreneurs and Investors Union has reported a major downturn in the sector, while international statistics have placed Turkey on top of European countries with the biggest slump in hotel occupancy rates. Rising geopolitical risks, coupled with escalating conflict on Turkey’s southern borders, has hit also investments in the tourism sector.

The Turkish Hoteliers Federation has estimated the tourism sector will lose $5 billion in revenues by the end of the year, calling for urgent measures and a speedy formation of a coalition government after the June 7 polls.

Exports are also in dire straits. Turkish exporters were already badly hit by the wars ravaging neighboring Syria and Iraq and the blockage of trade routes via Egypt and Libya. The spillover of violence into Turkish territory seems to have further worsened the downturn. In July, exports were down by 13% from the same month last year and by 4.9% on a 12-month basis, according to the Turkish Exporters Assembly.

In Kurdish-majority eastern and southeastern provinces, the investment drive in organized industrial zones, fueled by the settlement process, has ground to a halt.

The military’s expenditures, on the rise with air raids and ground operations and increased security measures in urban areas, will mean additional budget burdens that will widen the budget deficit and stoke inflation.

Erdogan’s move to end the settlement process and “punish” the pro-Kurdish Peoples’ Democratic Party — a policy that Davutoglu backs — has left Turkey with a bill of up to $55 billion since July 20 due to the costs of a weakened lira, higher interest rates and lower export and tourism revenues. The more the conflict escalates, the more the bill will increase. And in the case of early elections, the bill will swell further with an election budget of 600 million Turkish lira ($215 million), as existing allocations were already spent on June 7.