For one Palestinian, no money can compensate for lost land

A Palestinian man is celebrating his victory in Israel's Supreme Court after a three-decade battle for land he still can't use — and won't sell. 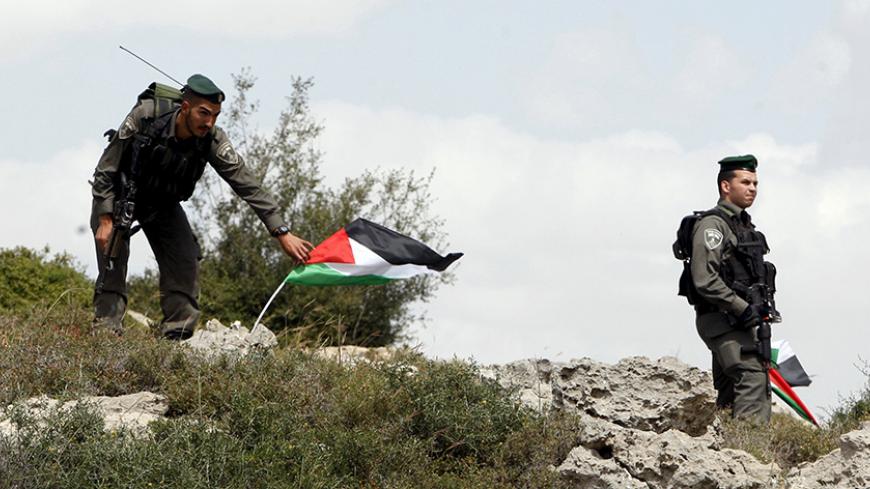 RAMALLAH, West Bank — Al-Hage Abdul Rahman al-Qassem stood near the land he owns on the outskirts of the Beit El Israeli settlement, which was built on Palestinian land in northern Ramallah. He distributed sweets to passers-by, celebrating the ruling of the Supreme Court of Israel against the illegal construction there.

Qassem had been engaged in a six-year legal battle with the settlers who constructed two residential buildings on his land. On July 16, he won a ruling for the demolition of the buildings.

“It is a great joy that I managed to preserve my land, despite it being located within the settlement and my inability to have access to it. I am sure that one day we will restore it. Even when I die, my grandchildren will have it,” he told Al-Monitor.

Qassem has 25 grandchildren who, along with his six children, shared his joy at having regained the land they might never truly call their own. They can only catch a glimpse of it from behind the wall of the settlement.

He and his family are happy, even though the ruling does not include all, or even most, of Qassem’s parcel. He was granted 3.5 acres, but the court refused to include another four acres in the ruling, arguing that construction there took place 15 years ago. The ruling is limited to areas with new construction.

Qassem’s story began in 1979 when his land was confiscated for military purposes. He had a vineyard there and was not able to access it. Although the Israeli army did not use the land for years, the site ended up within the boundaries of the Beit El settlement.

Qassem had previously attempted to file a lawsuit to recover his land. He said that in 1984, he went to Palestine Liberation Organization’s headquarters in Amman, Jordan, but his request was ignored. He then went to West Bank officials and organizations, but no one would help him file a lawsuit. He said, “Had I known that there is an Israeli court one can resort to, I would not have waited for the construction to be built on my land.”

In September 2009, Qassem noticed bulldozers were clearing the land. He went directly to the settlement’s civil administration, obtained a deed and brought a lawsuit against the settlers building on it. The deed is a land abstract issued by the Israeli Civil Administration in 1983 that proves he owned the land before it was confiscated. He also holds a land registration certificate authenticated by the Jordanian authorities in 1962.

“I took these papers to Yesh Din [in 2009], an Israeli human rights organization, through which I brought a lawsuit to halt the construction,” he said. “In 2010, I got a ruling to halt construction works on my land. Yet the settlers disregarded the ruling and continued to build.”

Qassem said, “In 2014, I got another ruling requiring halting the construction works and the demolition of what was already built. Nevertheless, the settlers ignored the ruling, so I lodged a new appeal to get a ruling requiring immediate demolition.”

The ruling includes a clause preventing more building permits from being issued for the land in the future. Qassem considers this victory a protective measure for his land that will last even after his death.

The ruling incensed the settlers, who took to the streets in marches and closed off the road in a three-day protest. The Israeli government announced July 29 that Prime Minister Benjamin Netanyahu had approved the construction of 300 housing units in the same settlement to soothe the settlers’ anger.

Even with the ruling, Qassem can’t visit or use the land because it is inside the settlement. But he said he could not stand seeing strangers building and residing on his land. ”I know that no one can get close to the wall around the settlement, but I will not accept construction on a daily basis without reacting.”

Qassem once received a phone call from a settler who did not give a name. The caller, he said, offered to buy Qassem’s land for $28 million, but he refused.

“For the sake of this land, more than nine youths, including my son Ibrahim … were killed in 1991 [in a confrontation with the Israel Defense Forces]. How would I trade my son’s blood for all the money in the world?”