More than a year on, who is to blame for the fall of Mosul?

An Iraqi parliamentary report has faulted high-ranking political officials and military personnel for the fall of Mosul to the Islamic State and could provide Prime Minister Haider al-Abadi the ammunition he needs to push through government reforms. 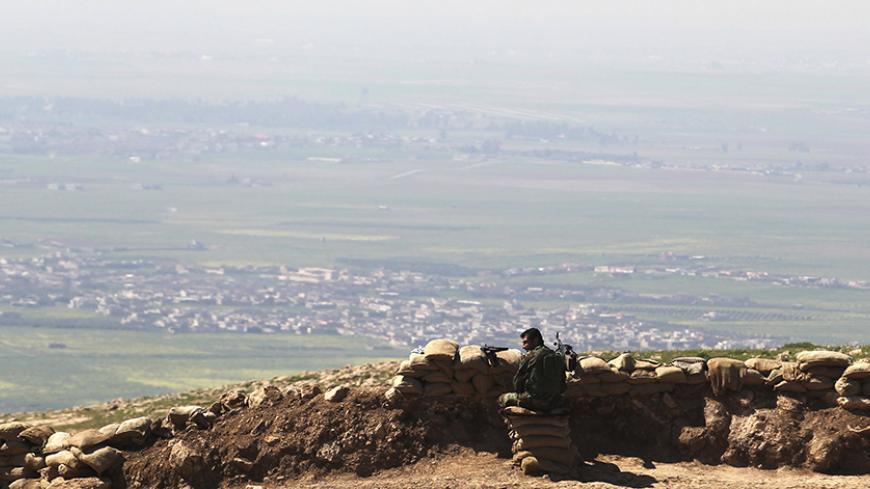 ERBIL, Iraq — A report released mid-August by the Iraqi parliament on the 2014 fall of Mosul, the country's second-largest city, to the Islamic State (IS) is being viewed as a litmus test for the new direction Prime Minister Haider al-Abadi wants to take the country through a set of bold but decisive political, economic and administrative reforms. Iraqi lawmakers ratified the report Aug. 17 without reading it on the floor and referred it to the judiciary for action. That the investigative committee put former Prime Minister Nouri al-Maliki at the top of a list of more than 30 senior state officials responsible for Mosul's fall is likely to deepen tensions in the Iraqi political landscape, as Maliki is currently locked in a power struggle with Abadi.

The report's release coincided with efforts by Abadi to enact a broad range of reforms, approved Aug. 11 by the legislature, to overhaul the country's dysfunctional system of governance. Capitalizing on widespread and popular calls for change and support from senior Shiite religious figures, including Grand Ayatollah Ali al-Sistani, Abadi proposed the abolition of deputy prime minister positions, of which there are three, as well as the three vice presidencies. Given the issue of balancing sectarian and ethnic representation in Iraq's higher institutions, Abadi's measures could antagonize many powerful figures, not the least Maliki.

In a country crippled by conflict, corruption and personal rivalries at the highest levels, if Abadi is serious about introducing a new approach to governance, the Mosul report could be used to his advantage to implement the desired reforms. “There could be a major credibility hit to Abadi if he fails to follow through on the report with prosecution or punishment,” Ahmed Ali, an Iraq expert with the Institute of Regional and International Studies at the American University of Iraq-Sulaimani, told Al-Monitor.

Abadi succeeded Maliki as prime minister after the mood turned against him in the wake of IS' dramatic seizure of almost one-third of the country in June 2014. Both politicians are members of the Shiite Dawa Party, of which Maliki remains the leader. “[The report] showcases [Maliki's] inability to manage the security portfolio as commander-in-chief. These conclusions should weaken Maliki's chances of returning to the premiership if he still harbors that ambition,” Ali observed.

Among other political and military officials that the report singled out is Atheel al-Nujaifi, the former governor of Ninevah province, of which Mosul is the capital. Nujaifi dismissed the report as saying “nothing.”

“The accusations are politically motivated and will have no value in a court of law,” Nujaifi told Al-Monitor from his office in the Kurdish city of Erbil, where he has been residing since IS overran Mosul. “According to the law, I have no authority over the army. Even though I was the head of the security committee [for Ninevah province], I could not give orders to the army or the Ninevah Operations Command.”

Among other transgressions, the report accuses Nujaifi of miscalculation in ordering the police chief to move his forces from a key line of confrontation against IS militants, thus providing the opportunity for them to breach the city. The multiple military and local security forces in Mosul offered little resistance. The fashion in which the security forces abandoned their positions in the city of 1.8 million perplexed many and led to many rounds of finger pointing.

Nujaifi has blamed Maliki, saying that he is the one who gave the order for the forces to pull out. In statements to the media Aug. 17 during a visit to Iran, Maliki accused Turkey and the Kurds of plotting IS' takeover of Mosul, adding that in his eyes the parliamentary report “does not have any value.”

The office of Iraqi Kurdistan's embattled president, Massoud Barzani, on Aug. 20 dismissed the former prime minister's remarks as “baseless” and “an attempt to run away from responsibility for Mosul's fall.”

After the collapse of several army divisions in the face of IS attacks last year, Abadi appears to be trying to instill a culture of accountability in the beleaguered institution. “There is a public current that wants him to act decisively with regard to corruption and military incompetence,” Ali said.

Srwa Abdulwahid, a Kurdish member of parliament, said that the report's findings should not be politicized and that those blamed for Mosul's fall should be brought to justice regardless of their ethnic or sectarian affiliations. She worries, however, that Maliki being on the list might hinder authorities from taking action. Abdulwahid told Al-Monitor, “So far, the judiciary has not stepped in. This could be due to statements and reactions by former Prime Minister Maliki or his supporters.”