Who is targeting Iranians in Turkey?

A series of attacks on Iranian interests in Turkey raises the question of why the PKK may seek to hit Iran at this point. 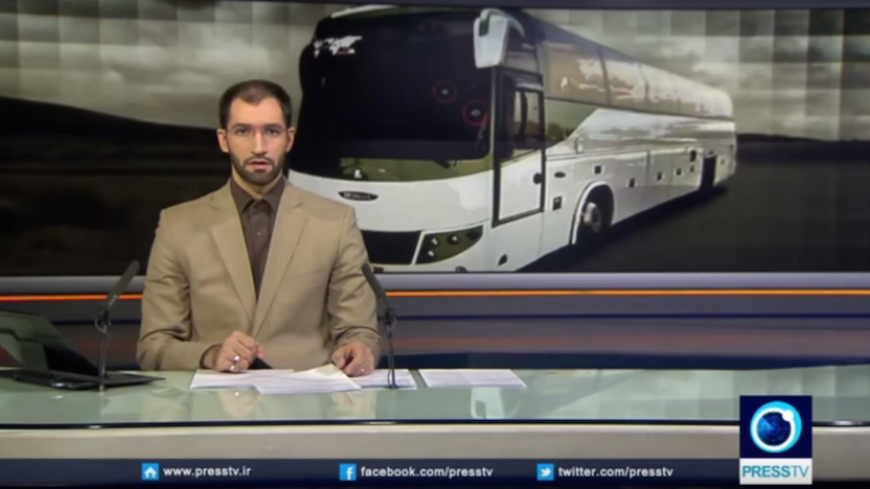 A still from a Press TV report on an attack on an Iranian bus traveling in eastern Turkey, Aug. 7, 2015. - YOUTUBE/PressTV News Videos

In the aftermath of the suicide bombing targeting pro-Kurdish activists in the Turkish city of Suruc last month, fresh conflict has erupted. The Kurdistan Workers Party (PKK) has launched a series of attacks on Turkish targets, even as it continues to fight the Islamic State (IS). Meanwhile, Turkey, in coordination with NATO members and with US political support, has launched military intervention against both IS and the PKK in Iraq and Syria.

There has been another, less reported, dimension to this escalation of conflict; in recent weeks, there has been a series of attacks on Iranian targets in Turkey, including a passenger bus, gas pipelines and trains. In the latest development, an Iranian truck was attacked near the Bazargan border crossing with Turkey.

Meanwhile, the Party of Free Life of Kurdistan (PJAK), the Iranian offshoot of the PKK, has targeted Iranian interests inside Iran. In the most deadly incident, which took place outside the western city of Sanandaj earlier this week, five members of Iran’s paramilitary Basij force were reportedly killed. Moreover, last week, an Iranian police base and government offices in Marivan were targeted. PJAK claimed responsibility for this attack and said “20 Iranian soldiers were killed.” However, Alireza Ashnagar, deputy governor of Kurdistan province, has said that no police officers or soldiers were killed.

The attacks in Turkey have led Iran to halt natural gas exports, stop passenger train services to its western neighbor and warn its citizens against overland travel. However, Interior Ministry Director General Majid Agha-Babaie said "all the country's land borders ... including the one in Bazargan, are open and traffic is passing through."

Turkish police officials have accused the PKK of being behind these attacks. But what strategic interests would the Kurds have in targeting Iran at this point? Of note, the PKK has not claimed responsibility. A review of the recent pattern of relations between Iran and Kurds in Iraq, Syria and Turkey can provide some insight.

Iran has in the past decades, just like Turkey, Syria and Iraq, been engaged in a strategic challenge with Kurds. However, unlike Turkey, it instantly sided with Kurds amid the emergence of IS. Gen. Qasem Soleimani, head of the Islamic Revolutionary Guards Corps’ (IRGC) Quds Force, was the first foreign commander who approached the Kurdistan Regional Government (KRG) and helped the peshmerga confront IS. Indeed, the Quds Force was the first army that dispatched significant ammunition and heavy weapons to the Kurds. In sum, while the Kurds and Iran have traditionally been in virtually constant conflict, the onslaught of IS in Iraq and Syria has led to the adoption of the age-old principle of “my enemy’s enemy is my friend.” Thus, it is clear that both Iran and the Kurds have a common interest in maintaining the current, friendly state of relations.

The Kurdish factions in Iraq, Turkey and Syria are coordinated. Hence, it appears dubious that the PKK would attack Iranian strategic interests while Kurdish parties in Iraq and Syria are in alliance with the IRGC, against IS. In this vein, Nazim Dabbagh, the KRG representative to Tehran, told Al-Monitor, “News of the PKK attacks on the Iranian bus and train in Turkey were surprising to me. I don’t think the PKK is the main culprit. … War on Iran is a big misstep for any Kurdish party or armed group. Iran should be vigilant. A dangerous game has been started. This game could disrupt recent attempts to forge a peaceful settlement of the regional security crisis. It is clear that there are a lot of reasons that proves a conspiracy in connection with recent events.”

Turkish police says the improvised explosive device and assault rifles used in the attacks on a passenger train and a bus were made in Germany. Kurdish armed groups usually use Russian-made weapons, and recently, they’ve also started using Iranian-made weapons. However, they have also begun using German arms. Over the past year, the German Federal Ministry of Defense has sent a large quantity of weapons and ammunition to peshmerga in Iraq, including anti-personnel mines, anti-tank mines and G-36 assault rifles.

Considering that forces under the control of the KRG were the recipient of German arms, the question arises of how German-made equipment ended up in the hands of the PKK. A member of the Syrian PKK offshoot People’s Protection Units (YGP) in the Iraqi town of Sinjar told Al-Monitor, “When I heard about the terrorist attacks on Iranian interests in Turkey, I was surprised. I asked myself, which Kurd could have an interest in waging terrorist attacks against Iran? The German-made weapons were delivered to the KRG’s peshmerga, and they are divided between the other Kurdish armed groups." However, he cast doubt on the PKK being behind the attacks: "That the Kurdish [attackers used] German-made rifles and mines is Turkish government propaganda. The more realistic point is that the Turkish armed forces are using German weapons, and everybody knows that Turkish army equipment is based on German technology.”

Whoever is behind the attacks on Iranians in Turkey, Iran is so far showing restraint in its reaction to the Kurds. Maj. Gen. Hassan Firouzabadi, the chief of staff of the Iranian armed forces, recently criticized the Turkish airstrikes on the PKK, saying, “They [Turkey] should have a correct attitude toward their nation [Kurds], and Turkey’s airstrikes in northern Syria and Iraq just provide breathing space for [IS].” It is possible that Iran is not fully convinced that the PKK is behind the attacks. But why would Turkey possibly want to ignite a dispute between Iran and the Kurds? It seems that Iran’s recent diplomatic efforts to resolve regional crises, the slated lifting of sanctions on Iran and disruption of the military equation in the battlefields of Iraq and Syria on behalf of Iran’s allies may have led Turkey’s government to feel that it is losing the regional game. Thus, in response to this situation, it is not far-fetched that Ankara may see a potential conflict and split between Iran and the Kurds in Iraq and Syria as in its interests.