With a nuclear deal in hand and the business environment improving, Iranian investors may begin piling cash into the country's ailing housing market — causing a price shock. 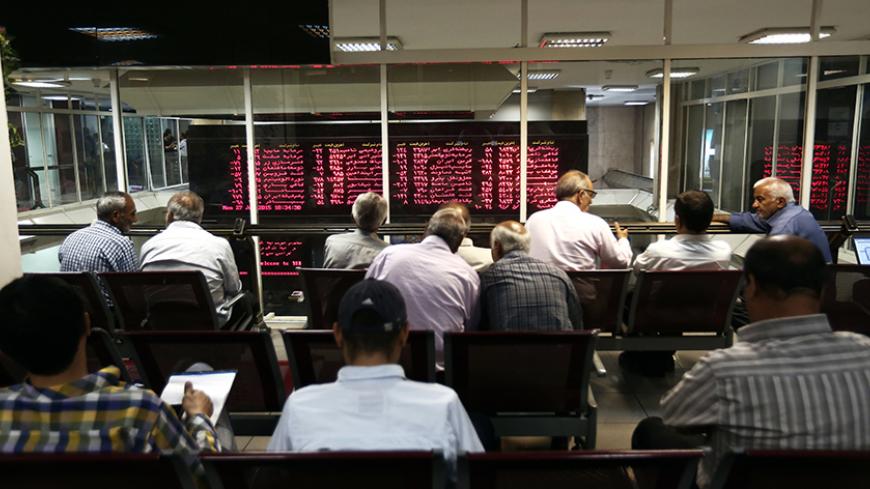 Iran’s housing market has been sending mixed signals to potential buyers in recent days. Official data indicates that the market has yet to emerge from a two-year recession. Meanwhile, speculation suggests that a price shock can be expected within the next 12 months.

The average price of an apartment per square meter in Tehran declined 3.1% in July. Home sales dropped by 16.5%.

Some market players don’t think there will be a light at the end of the tunnel as long as President Hassan Rouhani is in office. Majid Eslami, a Tehran-based real estate agent, predicts no significant growth for the housing market, arguing that the Rouhani administration’s “no price shock” policy will continue to act as a barrier.

“The [housing market] recession has nothing to do with the nuclear deal or sanctions relief,” Eslami told Al-Monitor. “If the authorities really want to give a boost to the housing market, they’ll be able to, but they refuse to do so simply because they have already vowed to avoid abnormal market fluctuations. They’re serious in lowering inflation, and a strong real estate market can disrupt their planning,” he said.

Despite pessimistic predictions from some experts, a new study conducted by the Iran University of Science & Technology (IUST) raised the possibility of imminent and sharp growth in the housing market. The study’s findings, published by the leading economic daily Donya-e-Eqtesad, warn that speculators who failed to get their desired returns in the money and equity markets could opt for real estate, causing inflationary pressure.

Indeed, money supply in the first quarter of this fiscal year continued to expand at almost the same pace as last year. It grew by 4.4% in the three-month period to reach 8.16 quadrillion rials ($277 billion at market exchange rate). Observers expect it to grow at a faster pace in the coming quarters as Iran’s frozen assets abroad are to be released and the business environment is set to improve as political risks decrease with the nuclear deal.

The IUST study argues that a major share of the rising liquidity could enter the housing market. However, it formulates a solution to the problem, saying that its recommendations will not push inflation expectations too high. It urges the government to provide home buyers with “pre-purchase loans” on a large scale, a step that would also provide sufficient financing for home builders, enabling them to complete 1.4 million unfinished housing units across the country. This way, the government can simultaneously stimulate demand and supply, avoiding a likely price shock, the study argues.

Separately, an Iranian housing journal notes that “there is a positive correlation between petrodollars and home prices,” especially in countries heavily reliant on oil export revenues. Two Iranian researchers who have reviewed data related to Iran’s oil and housing sectors between 1980 and 2012 say that the “relative price” of homes in Iran annually increased between 8.5% and 36.7% as oil prices fluctuated. According to their findings, the positive correlation could last as long as a decade.

This can partly explain the prolonged recession in the housing market, especially because, according to the Iranian researchers, oil market fluctuations take one year to impact home prices. The process seems to have occurred in 2012, when sanctions led to a fall in Iran’s oil revenues, and later in 2014, when global oil prices plunged. Through these years, the Iranian housing market has been in recession.

However, with sanctions likely to be lifted next year and the Iranian government potentially set to resume major imports of consumer goods, Iran could face the phenomenon of an oversupply of tradable goods. At the same time, nontradable goods such as housing units cannot maintain the production pace, while demand is getting stronger at almost 1 million units per year. As a result, home prices would jump in this situation.

Residential investment and the adoption of a new import policy can promote the reallocation of capital from the import of tradable goods toward nontradable industries such as construction, but the government should watch out for the inflationary effects of its decisions.

Mahmoud Haj-Ali, a real estate agent in central Tehran, said the housing market recession seems to be nearing its end and predicts that prices will rise as early as next year. “It’s now housing’s turn to grow as much as inflation increased over the past couple of years,” he told Al-Monitor.

According to the Central Bank of Iran, consumer prices rose 50.3% in the past two years, and they are expected to increase 14% this year. Inflation is considered to be a major driver of home prices and needs to be curbed. Despite Rouhani’s vow to lower inflation to single digits by mid-2017, many economists doubt that the president can maintain the achievement or improve it even if he attains it.

“I’m certain property prices will surge by 70-80%. I see that the number of people looking for a home is rising these days, compared with this time last year,” Haj-Ali, who has been a broker for 25 years, told Al-Monitor, adding that “accumulated inflation” will ultimately affect the housing market.

The Central Bank of Iran and the Ministry of Economic Affairs and Finance have adequately managed foreign exchange shocks, inflation and money supply growth. It is now time for the Iranian authorities to create primary and secondary mortgage markets to facilitate the flow of funds from lenders to borrowers. At the same time, the government needs to constantly keep an eye on inflation and money supply. If they don’t, even secondary markets will lose their ability to offer competitive, low interest rates. With proper planning, a precisely managed flow of investment into the construction sector — a major job creator — could achieve the Rouhani administration’s dual goals of containing inflation while boosting employment.