While high interest rates continue to keep liquidity locked into bank deposits, a nonholistic approach to job creation could lead lower interest rates to simply result in the return of high inflation. 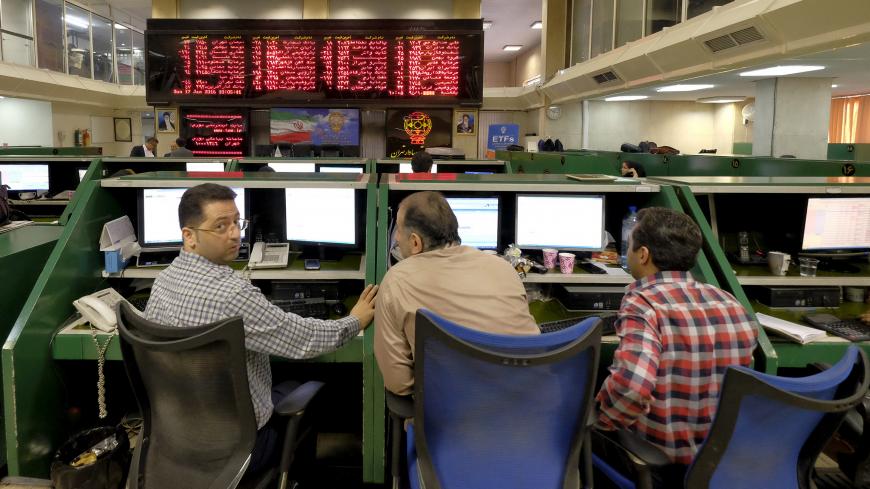 TEHRAN, Iran — Real interest rates in Iranian money markets have risen to all-time highs under the administration of President Hassan Rouhani. This is due to the sharp reduction in inflation, which the administration boastfully declares as its cornerstone achievement. Nonetheless, the rise in real interest rates has mostly occurred on the back of lackluster growth given macroeconomic fluctuations both at home and abroad.

Economic growth remains hindered by the continuation of sanctions, the decline of oil prices and the government’s budget deficit. As for the financial sector, lenders’ excessive investment in housing, a surge in banks’ nonperforming loan ratios, a sharp increase in the money supply and the unfavorable role of unauthorized financial and credit institutions have all been fueling the war among lenders to attract liquidity. Combined, these issues have complicated the process of raising funding through the banking system and thus pressured lenders to offer high interest rates to attract depositors — even as they face asset depletion on their balance sheets.

The risk-free and high rate of return offered by Iranian banks has had an adverse impact on the economy, namely by contributing to declining demand, weakening the supply side across the economy and undermining the efficient performance of the financial system. As such, many experts argue that a drop in interest rates is one key prerequisite for real economic growth and job creation.

The withdrawal of money from the banking system denotes that depositors are inclined to seek new investment opportunities. Logic dictates that new investment opportunities need to yield premiums at least equal to that provided by high-interest bank deposits. In this vein, two indicators must be kept in mind. The first indicator is whether typical business profitability will match that of bank deposit returns. If that profitability were likely to be achieved by the investor, the second indicator is whether the additional yield is feasible in proportion to the extra risk taken by investors who are foregoing risk-free bank deposits. These two points turn the spotlight on the effectiveness of the Central Bank of Iran’s (CBI) interest rate decision in September 2017.

Speaking to state media on Sept. 9, former CBI Gov. Tahmasb Mazaheri expressed doubt about whether lowering interest rates will foster an economic boom, noting, “By doing this, if the CBI intends to encourage people to invest in business and manufacturing, the 15% [bank deposit interest] is nevertheless more than [the economic return] of creating incentives [to start businesses].” He added, "Fifteen percent risk-free profit [gained] effortlessly and [being most] liquid is far more attractive than the profit of investment in production, and [therefore] the CBI should revisit its policies."

The Rouhani administration’s main goal with lowering interest rates is to mitigate manufacturing costs. But this objective alone cannot set in motion the necessary dynamics to jump-start activity across the economy. In other words, cutting lending rates to producers can be helpful, but it is not absolutely necessary. Indeed, Iranian enterprises also face other key challenges, such as new manufacturing technology. Under these circumstances, it is hard to see success in competing with international peers.

The cutting of interest rates may lead some depositors to entertain the notion of engaging in highly risky practices to achieve a similar return. That being said, the odds are that a portion of the money locked in bank deposits may be directed toward production. But for many others, the outcome of an interest rate cut will likely be diversion of liquidity to intermediary and speculative activities in parallel markets, including foreign exchange and gold coins.

One factor that has the potential to trigger a jump in the price of commodities and services is the alarming amount of money supply tied into fixed-term deposits. At present, the near money to narrow money ratio — components of money supply — is unsustainably high. Near money data refers to money indicators that are less liquid, such as time deposits. The ratio has abnormally stayed around 7 in the past two years, unlike preceding years being below 4 due to excessive investments in fixed-term deposits. Near money supply escalation policies, embraced extensively by the Rouhani administration, largely accounted for reining in inflationary pressures of liquid assets such as foreign currency and demand deposits (narrow money). In fact, a rise in near money supply has acted to a large degree as a buffer against a jump in consumer prices in recent years. But given the CBI’s decision in September to reverse this trend by reducing interest rates, it is now predicted that inflation will once again be on an upward trajectory.

In this vein, Kamran Nodri, a board member of the CBI Monetary and Banking Research Institute, noted in a Nov. 11, 2017, interview, "An important point to bear in mind is that the main issue is not the amount of money supply but rather the velocity of money. As soon as banks’ interest rate decreases, inflation increases with respect to the long-term correlation between money supply and inflation.”

By definition, the velocity of money is the rate at which money is exchanged and how much a unit of currency is used in a given period of time. It is a key input in the determination of an economy's inflation calculation. According to Nodri, it is highly likely that purchases and sales of durable goods or assets that people purchase to maintain their wealth, such as foreign currency, gold and land, will go up, and that these markets will experience price jumps in the near future. As such, based on his estimations, the inflation rate — in an optimistic scenario — is set to increase some 2-3% in the current Iranian year (ending March 20) compared with the preceding Iranian year.

Moreover, the CBI’s slashing of the interbank funding rate from 34% to 18% at the beginning of Rouhani's second term in office is set to act as a stimulus for banks to double down on their borrowing binge. This could eventually lead to more money printing by the regulator and subsequent climbs in inflation as well.

The role of monetary policy in pushing down interest rates clearly does not come without risk. Excessive application of this instrument will risk the re-emergence of high inflation. Therefore, for the aims of the interest rate cuts to succeed, the Iranian authorities should in parallel address other weak points. To reap the benefits of lower interest without upending inflationary accomplishments, the Rouhani administration must improve the macroeconomic environment, forge closer coordination between fiscal policy and monetary policy, maintain budget balance and strengthen the regulatory role of the Central Bank.