Prime Minister Benjamin Netanyahu's repeated opposition to an agreement with Iran has turned the world deaf to him, and if Iran does violate the deal's conditions, no one will listen to Israel's warnings. 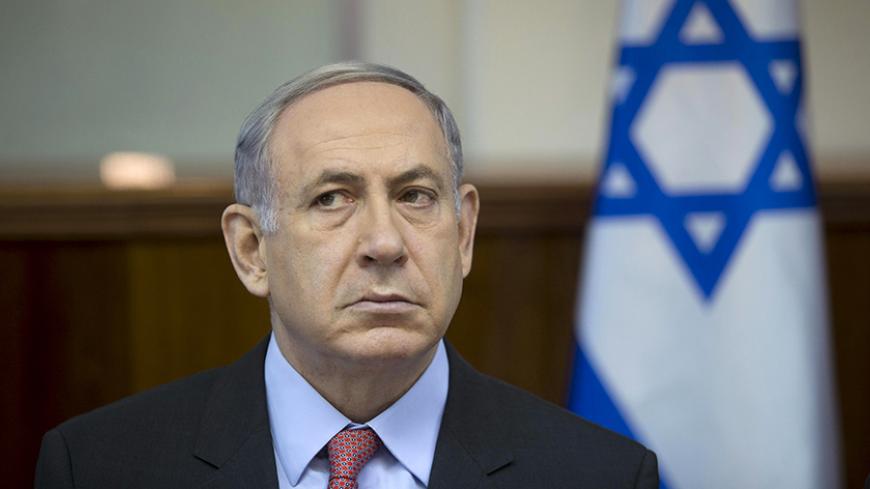 It is hard to overstate the importance of the recorded confession by former Prime Minister and Defense Minister Ehud Barak, in which he reveals past discussions of a closed and confidential security forum concerning an eventual strike against Iran, aired by Channel 2 on Aug. 21. At this stage, clearing the ambiguity surrounding the plan to attack Iran’s nuclear facilities by one of its senior advocates is almost as important as renouncing Israel’s policy on its nuclear program. From Barak’s recorded comments, it appears that Prime Minister Benjamin Netanyahu favored a military solution to the Iranian military nuclear threat over “peaceful means.” Two civilians and one military man — Ministers Moshe Ya'alon and Yuval Steinitz, members of the “Forum of Eight” and then-Israel Defense Forces Chief of Staff Gabi Ashkenazi — stopped Netanyahu, Barak and then-Foreign Minister Avigdor Liberman from going to war with Iran and perhaps with the entire region. On another occasion, according to Barak, American military maneuvers conducted in the region prevented an Israeli military move against Iran.

Barak’s disclosures call into question not only the judgment of the two Israeli leaders, turning a rumor about an Israeli decision to attack Iran into a quote straight from the mouth of one of the decision-makers, but also the credibility of the incumbent prime minister. In his March 3 speech to Congress, Netanyahu declared that “no country has a greater stake than Israel in a good deal that peacefully removes this threat.” He stressed that the alternative to the "bad deal," in his words, was not war, as the supporters of the agreement contended, but rather a “good deal.” But the problem is that according to Barak, both of them came up with the war alternative long before anyone knew the nature of the deal with Iran, and whether an agreement would be signed at all.

How did Netanyahu know on March 3 that the deal wouldn't “be a farewell to arms … (but) a farewell to arms control, and the Middle East would soon be crisscrossed by nuclear tripwires?” In those days, the United States kept Israel out of the loop regarding negotiations after the White House accused it of “cherry-picking specific pieces of information and using them out of context to distort the negotiating position of the United States.” In reaction to April's Lausanne understanding, Netanyahu warned that the proposed deal presents a real threat to the region and to the world and that “a deal based on this framework would threaten the survival of the State of Israel.” After that, negotiations continued for another three months, during which many drafts were prepared and endless changes introduced into central articles.

And what would have been a “good deal,” according to Netanyahu, one that would allay his concerns and constitute an alternative to war? Here is the menu he handed Congress: “First, stop [Iran’s] aggression against its neighbors in the Middle East. Second, stop supporting terrorism around the world. And third, stop threatening to annihilate my country, Israel, the one and only Jewish state.” A month later, Netanyahu tacked on a fourth demand: that any final deal include a "clear and unambiguous Iranian recognition of Israel's right to exist." It stands to reason that Netanyahu knows these demands are unrealistic, just like calls for Israel to sign the Nuclear Non-Proliferation Treaty, open up the basements of the nuclear reactor in Dimona to inspectors from the International Atomic Energy Agency and, to top it off, recognize the Palestinians’ right to live in a state of their own.

What will Netanyahu tell all those who claim that the only alternative to the agreement with Iran is war with Iran? After Barak publicly disclosed the war stories of the years from 2010 to 2012, Netanyahu is the leading suspect in mysteries that include the assassination of Iranian nuclear scientists.

Israeli suspicions that Iran seeks to lead inspectors astray are not far-fetched. Such things have been known to happen. The demand to ensure that the Persian cat is not put in charge of the proverbial cream appears totally reasonable. As Netanyahu said in Congress, “Inspectors document violations; they don't stop them.” And indeed, just like North Korea, Iran has misled international inspectors.

The Associated Press report regarding secret side agreements to the nuclear accord raises justified concern. Diplomatic officials are certainly right in demanding that all the appendices of the agreement be revealed and that thorough examination of the section regarding inspections at the suspicious site of Parchin is definitely in order.

If there is truth in the report that UN officials will have to make do with supervising the inspections by Iranian technicians, one must not accept the pro forma denial of the International Atomic Energy Agency’s Director General Yukiya Amano, who said, “Such statements misrepresent the way in which we will undertake this important verification work.”

Israel’s problem is that any hint of criticism of the nuclear agreement from Netanyahu is suspected to be motivated by ulterior considerations. How can one relate otherwise to the man who cooked up an appearance in Congress with Republican leaders behind the back of a Democratic president? The larger problem lies in the question of how Israel’s distress calls will be evaluated if it has a real threat hanging over its head. After all, just as in the well-known story of the boy who cried wolf, sometimes, even after false alarms, the wolf really pounces.