Does Netanyahu's 'Terror is terror' comment really mean anything?

Though Israeli politicians condemned the murder of a Palestinian toddler, tomorrow they will put this terrorist act behind them and continue to support the Israeli settlers. 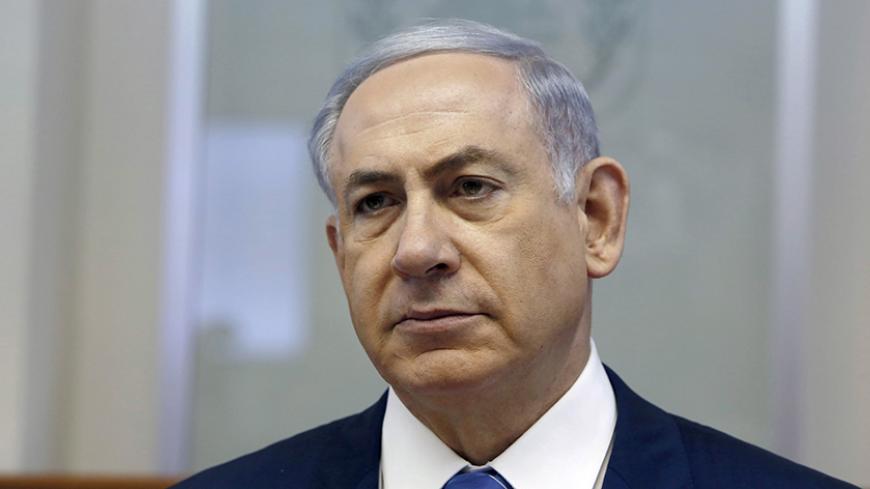 There has been a tidal wave of reactions at home and abroad to the murder of 18-month-old Ali Saad Dawabsha and the severe wounding of his father Saad, his mother Reham and his 4-year-old brother Ahmed in Douma, near Nablus, July 31. Prime Minister Benjamin Netanyahu declared by the bedsides of the wounded, “Terror is terror. We must fight it whatever its origin.” Fighting words, indeed. But when law enforcement among extremist settlers is not really law enforcement, investigations are not really investigations and punishment is not truly punishment, “Terror is terror” is nothing but a hollow slogan.

What would the “shocked” Netanyahu have said had the Dawabsha family been somewhat luckier, like the family from the West Bank village of Dura El-Kara, who on June 22 escaped the three firebombs thrown at their home? What statement would he have issued had little Ali Saad “merely” lost his home and not his life, like the Khirbat Adirat villagers whose home was set on fire in December? Would the prime minister have bothered to visit the hospital if the crime in Douma had ended in minor burns? Ask the dozens of Palestinians whose homes and fields have been set ablaze, whose mosques were violated.

It would seem that the intense fight over the nonexistent Iranian nuclear bomb, which will likely never be created, diverted the attention of the prime minister and Defense Minister Moshe Ya'alon from the bomb ticking under their noses. There’s something symbolic in that several hours before the murder in the village of Douma, Netanyahu convened diplomatic affairs correspondents for a briefing in yet another attempt to besmirch the agreement with Iran. Talking to the reporters, he claimed, “The intelligence services of the world’s powers failed to locate nuclear facilities such as the bunker in Fordow or the enrichment facility in Natanz.” A little humility wouldn’t have hurt the leader of the state whose intelligence services have failed for years to locate and try several dozen Jewish zealots whose crimes against Palestinian citizens could ignite the Middle East.

According to data compiled by the Yesh Din organization, which has for years been monitoring law enforcement among settlers, only 7.4% of the complaints lodged by Palestinians with police in the past decade against Israelis resulted in indictments (out of a total 1,067 complaints the organization has been following since 2004). The complaints include assault, shootings, stone throwing, theft, arson, destruction of olive trees and other crops, killing and injuring livestock, damaging holy sites, trespassing and preventing access to land owned by Palestinians. The researchers of Yesh Din and other human rights groups such as B’Tselem, Rabbis for Human Rights and Breaking the Silence have documented dozens of incidents in which Israel Defense Forces soldiers looked on as settlers attacked Palestinian shepherds and prevented farmers from working their lands.

Recently, human rights organizations, whose presence slightly deters the Jewish thugs, once again caught the attention of government ministers and Knesset members seeking to limit foreign government contributions earmarked for supervising the occupation and reporting on it. Deputy Foreign Minister Tzipi Hotovely, for instance, launched a diplomatic campaign against European state contributions to such organizations, stating that Israel might seek to present a bill to that affect if the campaign is unsuccessful. These same politicians sign off on generous funding for settler organizations that encourage the aggression. Documents revealed a week ago by the Molad research institute indicate that the Samaria Residents Council and the Binyamin Residents Council are encouraging activity designed to make it harder for security forces to vacate illegally constructed buildings and outposts.

Molad’s investigative report includes the following quote from the chairman of the Binyamin Settlers Committee, Itzik Shadmi: “Experience shows that if you are violent and ignore criticism and don’t try to convince others, but simply bring the authorities to their knees, you succeed.” The chairman of the Samaria Settlers Committee, Benny Katzover, recommended that the settlers block the entrance to West Bank military bases with their bodies or, alternatively, march to the neighboring Palestinian villages. The coffers of these two bodies are filled by the Samaria and Binyamin Regional Councils — in other words, by the state treasury.

Indeed, these radical organizations are bringing the authorities to their knees. Two houses in the Beit El settlement were demolished last week on a court's orders. The buildings were constructed illegally on private Palestinian land. Following the razing of this illegal construction in Beit El, the prime minister rushed to announce the construction of 300 new housing units in the settlement. This is how one deals with the thugs who attacked border police troops dispatched to the settlement to ensure implementation of the Supreme Court ruling. This must be the first step toward “confidence building as a step toward renewing negotiations” that Interior Minister Silvan Shalom reportedly spoke of at his latest meeting some two weeks ago with Saeb Erekat, the Palestinian Authority’s chief negotiator!

That agreement was achieved only thanks to the active involvement and persistence of six world powers, and is proof that when the international community is determined to act together to settle a difficult and prolonged crisis, it knows how to do so. President Barack Obama's efforts to push the deal through Congress shows that when a strategic interest is at stake, the US administration is willing to take on the Israeli government and to confront its adherents in the United States.

Resolution of the Israeli-Palestinian crisis will not be achieved without active involvement and persistence by the world powers, with the US president at their head. The White House drawers are full to overflowing with plans for a two-state solution, for regional arrangements and for settling the refugee problem. Now is the time for Obama to submit a detailed resolution, including timetables, to the UN Security Council calling for an end of the occupation and the establishment of a Palestinian state, a resolution that will include carrots for those who abide by it and sticks for any side that rejects or violates it. No more “negotiations without preconditions” and “confidence-building measures.” When the house is burning, a temporary freeze on settlements or administrative detention of Jewish terror suspects is no longer enough. The blood of the next Palestinian or Israeli baby will be on the hands of all those leaders who tsk-tsk today in disapproval and tomorrow go back to paying lip service to peace, liberty and equality.