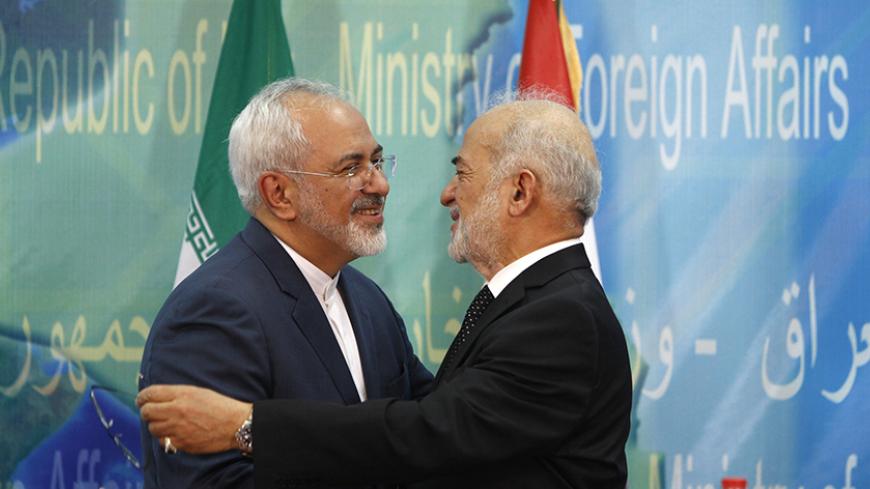 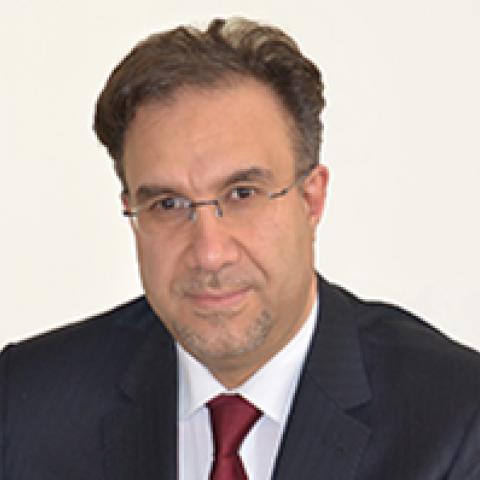 Iran’s Foreign Minister Mohammad Javad Zarif’s recent visit to Najaf in Iraq and his press conference with his Iraqi counterpart, Ibrahim al-Jaafari, in Baghdad sends several important signals — all centering on increasing regional security in the Middle East. First, the Iranian government considers the nuclear deal with six world powers as resolving any concerns about the possibility of its nuclear program being militarized. Second, the common heritage of both countries provides a natural alignment in combatting the threat of sectarianism and extremism. And finally, Iran is now effectively extending an “olive branch” of cooperation with its neighbors in resolving regional conflicts.

As has become his custom since assuming office as foreign minister in July 2013, Zarif began his visit to Iraq with a first official stop in the southern city of Najaf. While in this holy capital of Shiites, he met with senior clerics and officials, starting with Grand Ayatollah Ali al-Sistani.

Zarif’s direct flights from Tehran — and other cities, including Geneva this February — to Najaf should be construed as a message that Tehran understands the importance of the clergy in the current Iraqi political climate. The meeting between Zarif and Sistani was both symbolic and strategic given that the Iranian government sought and obtained the senior cleric’s implicit endorsement of the nuclear deal. This is particularly remarkable considering that Sistani does not hold any political office and was consulted before the federal government in Baghdad.

Although the official reason for his visit to Sistani was to brief him on Iran’s nuclear deal with the six world powers, Zarif’s consultation focused on the implications of the deal for Iranian-Iraqi and regional relations in combatting extremism and terrorism. Zarif’s message to Sistani was later reaffirmed in a press conference he gave with Jaafari in Baghdad, where he was quoted as saying, “International cooperation is necessary to counter terrorism and extremism. … Iran stands behind the people in the region to fight against the threat of extremism, terrorism and sectarianism … our message to the regional countries is that we should fight together against this shared challenge,” in reference to the Islamic State (IS), which poses an urgent threat to the entire region.

It is important to note that the underlying implication of Zarif’s latest visit to Najaf is that there appears to be a growing consensus of support among the religious Shiite leadership, both in Iran and Iraq, for the nuclear deal. This support lays down the gauntlet to the Sunni-led monarchies of the Gulf to decide whether to become “real” allies in the war against IS.

During and after its negotiations with six world powers, the Iranian government has been at pains to stress its cautious optimism that the deal will bring a new era of peace and stability in the region. This is even though some media outlets have focused on the genuine fear and apprehension felt in the region given historic, religious and political differences.

One can already see other potential signs of Iranian appeasement, given that the intensity of military operations has arguably lessened in Yemen and the Iranian-backed Houthis have withdrawn from large parts of Aden. On the other hand, Iranians continue to provide strategic and logistical support to the armed forces of Iraq and Syria in combatting IS. The Iranians understand the geopolitics of combatting IS and, accordingly, are also intent on a rapprochement with Turkey. However, Turkish President Recep Tayyip Erdogan’s agreement to be part of the international alliance against IS has provided Ankara with a self-serving opportunity to attack its long-standing foe, the Kurdistan Workers Party (PKK), in the Kurdistan region of Iraq. Erdogan’s violation of Iraqi sovereignty was immediately and unequivocally condemned by Baghdad, despite Erbil’s shy posture on Ankara’s attack on Kurdish targets. Arguably, the international alliance has yet to receive a clear message on the nature and level of support from the Saudi government in combatting IS, but it would appear from King Salman bin Abdul-Aziz Al Saud’s vacation to France — accompanied by an unprecedented royal entourage — that despite having suffered IS attacks on its soil against Shiite mosques, the House of Saud does not regard the group as a clear and present danger to its authority.

Zarif’s latest visit to Iraq should be interpreted as sending various messages, all of which are intended to be a prelude to fresh and closer relations with Iran’s allies and neighbors.

To Iraqi players, Iran is signaling that it stands firmly with a united and sovereign Iraq and that it also stands against any external aggression from neighboring countries beyond their borders. Moreover, the message is that when it comes to regional issues, Iraq’s regional counterparts should deal with Iraq at a state-to-state level and avoid prioritizing the Kurdistan region of Iraq over Baghdad, which could undermine national and regional security and stability. Zarif emphasized this particular point by not visiting Erbil in his latest tour to Iraq.

To regional stakeholders, Iran’s message is that escalation is not in any country’s national interests and that cooperation is the only viable way to define lasting relationships that serve future generations. Moreover, the signal is that Iran’s peaceful overture on the back of the nuclear deal is an opportunity for all Gulf Cooperation Council (GCC) members to actively support the Iraqi government in its fight against IS. Without this support, inevitable spillover will hold catastrophic consequences for the region.

Indeed, Iraq is the GCC’s last line of defense against the epidemic of extremism. Financing or facilitating proxy wars will thus only fuel sectarianism and regional rivalries while depleting much-needed resources that could be used to develop regional economies and governance and improve human rights, particularly in light of the seismic shifts in the current global oil market.

The implication of the nuclear deal, for Iran and its neighbors, goes far beyond preventing the development of an Iranian nuclear bomb. Rather, it presents an unprecedented opportunity since the Iranian Revolution to create a paradigm shift in the perception and substance of Iranian and Arab relations to resolve regional conflicts that threaten not only the Arabian Peninsula but global security as a whole. Zarif’s latest visit to Iraq sends a clear message to Iraq’s neighbors that the country is and shall remain the tipping point of such relations in the Middle East and that the key to Iraq’s stability is the holy city of Najaf.