As Yemen languishes in the highest-level humanitarian crisis the UN recognizes, the situation is not helped by an unbalanced and ineffectual Security Council resolution. 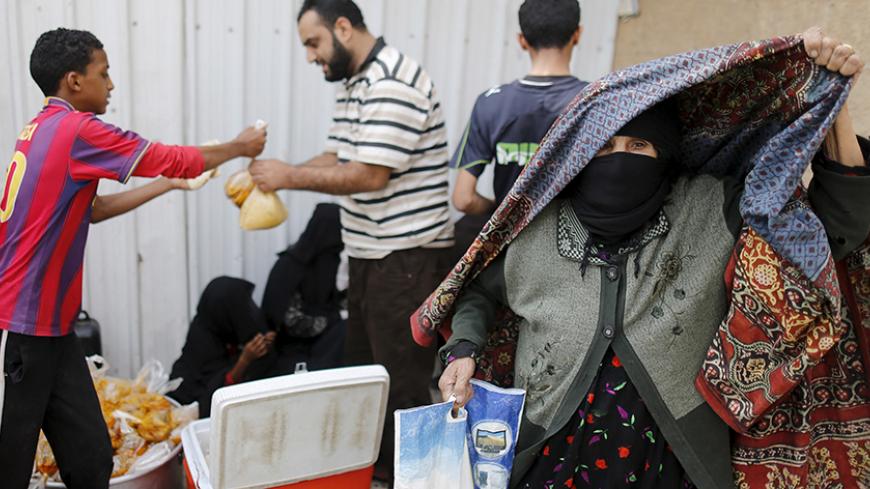 The international community urgently needs to revisit its posture on the war in Yemen and put pressure on all parties to end the conflict and address the humanitarian catastrophe.

The news that a humanitarian pause in the fighting in Yemen may start July 10 is good news. But a pause is not enough. Yemen needs a permanent cease-fire, massive relief and a new international framework to end the war. The United Nations Security Council needs to get to work urgently and not rest on a pause. ​

The United Nations has designated Yemen a level-three systemic humanitarian crisis, the highest level of emergency in the UN's ranking system. According to the United States Agency for International Development, 21 out of 25 million Yemenis are in urgent need of humanitarian assistance, of which 20 million need immediate access to water and hygiene and 13 million need food. Relief workers in Yemen report the situation is deteriorating rapidly. They cannot get sufficient aid into the country to stop the downward spiral. Yemeni children are at particular risk.

The poorest country in the Arab world is being blockaded by the richest countries in the Arab world. The Saudi-led air and naval war has cut off Yemen's airports and seaports from significant outside relief. Normally Yemen imports 90% of its food. Little is arriving now. As a consequence, the Yemeni people are suffering, and Riyadh and its allies are stoking a generation of hatred.

The Houthi rebels and their allies loyal to former President Ali Abdullah Saleh have been completely unwilling to accept the Saudi conditions to end the war that require them to withdraw their fighters from Sanaa and other major cities and restore President Abed Rabbo Mansour Hadi to power. The Zaydi Shiite Houthis and Saleh have rebuffed repeated UN calls to accept the legitimacy of the Hadi government elected in 2012. Their intransigence is a major cause of the disaster.

Both the Saudis and Houthis have been responsible for military operations that have killed and wounded civilians. Their actions together are responsible for 1 million Yemenis losing their homes in the war. Al-Qaeda in the Arabian Peninsula (AQAP) and the Islamic State have added to the carnage with indiscriminate suicide bombings. Sectarian hatred is being inflamed. Efforts to arrange a lasting humanitarian cease-fire or to lift the blockade appear to be going nowhere, although both sides say they want a truce.

The key United Nations Security Council resolution (UNSCR 2216) is an unbalanced and ineffectual document. It puts all blame for the crisis on the Houthis, condemns their leadership and imposes an arms ban only on their fighters. It has no mechanism to achieve these objectives and no pathway to a political dialogue or solution of Yemen's underlying political problems. It encourages Saudi intransigence.

UNSCR 2216 was adopted in mid-April, with only Russia abstaining. The Russians said the resolution failed to call on all sides to halt fire and would escalate, not stop the war. In this case, the Russians were right.

By calling for an arms embargo on the Houthi-Saleh alliance and urging all states to help enforce it, the resolution provides political cover for the air and maritime blockade. It also endorses the Gulf Cooperation Council's initiative in Yemen that created the Hadi government. There is no incentive for the rebels to enter a political process.

The Saudis are stalemated as well. They control the skies and waters of Yemen but have no means of restoring Hadi or forcing the Houthis to evacuate Sanaa. They have a no endgame strategy for an increasingly expensive war that fuels sectarian tensions inside the kingdom and its gulf neighbors. The stalemate is certain to lead to tensions within the royal family.

AQAP is a major beneficiary of the war. It now controls Mukalla, the fifth-largest city in the country, and is steadily consolidating its control. While drone strikes have killed AQAP's leader and some top lieutenants, prison breakouts have sent hundreds of captured al-Qaeda operatives free to rejoin their jihadist comrades. UNSCR 2216 condemns al-Qaeda but does nothing to thwart its growth.

Iran is another big winner. It backs the Houthis against the Saudis. It is a cheap way to bog down Riyadh and its allies. It may try to up the pressure. Jordan claimed this week that it foiled an Iranian plot to carry out a major terror attack on a Saudi target. One hundred pounds of explosives were seized near Jerash by the Jordanian security services, probably the best in the Middle East.

The Security Council should revisit the Yemen crisis. It should call for an immediate and unconditional end to all military attacks by all parties, including the Saudi-led coalition, and an immediate lifting of the blockade. It should convene a conference of all Yemeni parties to meet outside the region to discuss a resumption of Yemen's political dialogue.

A UN observer mission could be dispatched to major airports and seaports to monitor imports to ensure arms are not flowing in. It should also authorize all states to take all necessary action to free Mukalla from al-Qaeda.

The situation in Yemen is dire. The international community needs to give it priority attention.