As companies rush to Iran, Turkey slow to wake up to opportunity

As Western companies have already set up camp in Tehran, Turkey’s business circles are waiting and hoping, but political tensions with Iran do not bode well for openings to Turkey. 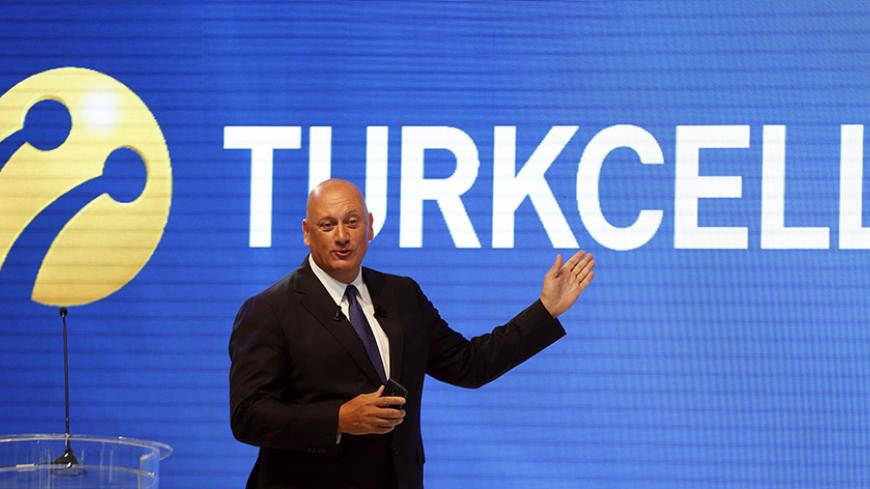 Turkcell Chief Executive Sureyya Ciliv speaks during a news conference to present the T40 smart phone in Istanbul, Aug. 20, 2013. Turkcell is the leading mobile phone operator in Turkey, but has been barred from joint ventures with Iranian phone carriers. - REUTERS/Murad Sezer

As the nuclear accord was finalized between Iran and six world powers, Turkey once again found itself on the wrong side of history. Some believe the economic opportunities that will emerge after the lifting of the embargo and sanctions on Iran will be mind-boggling. Normally Turkey would be the first beneficiary of such opportunities, but this will not be so. Both the government and the Turkish business world were caught unprepared for this historic accord.

The monumental accord came at a time when Turkey was in conflict with Tehran over the civil war in Syria, struggle for power in Iraq and intervention in Yemen. Only a few days ago, the Turkish public was speculating about whether Iran would attack Turkey if Turkey intervenes in Syria.

Turkish companies are hoping to increase their cooperation with Iran in the sectors of iron and steel, chemicals, banking, automotives, tourism and transportation. Mehmet Buyukeksi, the president of the Exporters Assembly of Turkey, said he expects the volume of trade with Iran to reach $16 billion by the end of this year and $35 billion in 2016. The trade between the countries in 2014 amounted to $13.7 billion.

Although the Turkish business world has high expectations, experts say that because of political tensions, Iran should not be expected to lay out the red carpet for Turkish investors.

Sefer Levent, Hurriyet's economy editor, told Al-Monitor, “Without easing political tensions, Turkey will have a more difficult time than Europeans in direct investments in Iran.” Levent noted that although Turkey buys 90% of Iranian natural gas, neither political nor economic relations are going well. The Turkish corporation TAV, which was building the Imam Khomeini International Airport, was practically kicked out of Iran, even though the company held 12 years of the airport's operation rights. The Iranians kept Turkey’s top cellular company, Turkcell, from joining the Irancell projects.

In the past, despite their differences, two competing regional powers managed to keep their neighborly and economic relations unaffected by political bickering. But since the Syrian crisis, the two countries joined opposite camps that resulted in a crisis of confidence that also affected economic choices.

Sabahattin Sen, an associate professor at Maltepe University, told Al-Monitor, "In the past Turkey used to look at its Iran relations from an economic perspective. In recent years, however, security became the key issue. A triangle of Turkey, Saudi Arabia and Israel that targets Iran is in the making. This is why Iran does not trust Turkey. Turkish companies will not have priority in major investment decisions.”

He said that in addition to the deterrent effects of the sanctions, the Turkish business world remained aloof to Iran because of tensions between the two countries. “Our business world is not ready for this new development. They have not even issued a report or held a meeting on Iran,” he added.

Necdet Takva, the chairman of the Chamber of Commerce and Industry of Van province, which borders Iran, noted that foreign companies had already made preliminary arrangements in April and are now opening offices in Iran, but Turkey is far behind.

Reza Kami, the president of the Iran-Turkish Business Council, said that European companies led by French, German and British ones are already lined up for business deals. “They sent their representatives months ago. Turkish companies have to wake up and move fast.”

Economy writer Ugur Gurses made this assessment for Al-Monitor: “Iranians are not as in the mood to do business with Turks as we think. More competitive Western companies will enter the field. For one thing, the group that was involved in nuclear negotiations will naturally benefit the most from economic opportunities. Iranians will prefer to work with Russians, Chinese and especially Germans.”

Although the political climate does not appear very promising for investment, oil and natural gas imports from Iran are likely to increase. Because of a 25-year natural gas accord it signed with Tehran, Ankara had not fully abided by the US and EU sanctions. Iran, the second-biggest natural gas supplier of Turkey after Russia, had signaled that if the importation volume is increased it could reduce the price. If this is true, natural gas imports from Iran will increase. Turkey had reduced its oil imports from Iran by 40% because of sanctions. Today, Iran supplies 30% of Turkey’s oil needs. We understand that with the lifting of the embargo, imports of better-quality Iranian oil could double.

In Turkey, another sector will lose out with the lifting of the sanctions. When United States and European Union banned money transfers via SWIFT, Iranians came up with the method of using gold to pay for exports and imports. The gold transfer from Turkey was pioneered by Iranian businessman Reza Zarrab. The United States became aware of the gold traffic via Turkey in July 2012 and banned the exportation of gold to Iran.

Zarrab, who cooperated with some Turkish ministers, was detained in 2014 for bribery and corruption but released with the intervention of the government. While Turkey gave Zarrab its "top exporter" award for his gold exports in 2014, his partner Babek Zanjani was imprisoned in Iran for swindling the government.

Gold transfers were used to inflate Turkey’s export figures. Now with the lifting of the embargo, this setup to bypass it will end and Turkey’s inflated foreign trade volume will diminish.

Turkish government circles think that the United States encouraged Turkey to take a more prominent role in the Middle East but abandoned it midway through efforts to that end. They hysterically believe that the new page with Iran will weaken the Sunni position in the world. The business world, on the other hand, hopes for a foreign policy reset that will end the heavy burden on the economy.