The Turkish Constitutional Court has shown its independence in issuing recent decisions despite the condemnations of the AKP and its propaganda machine. 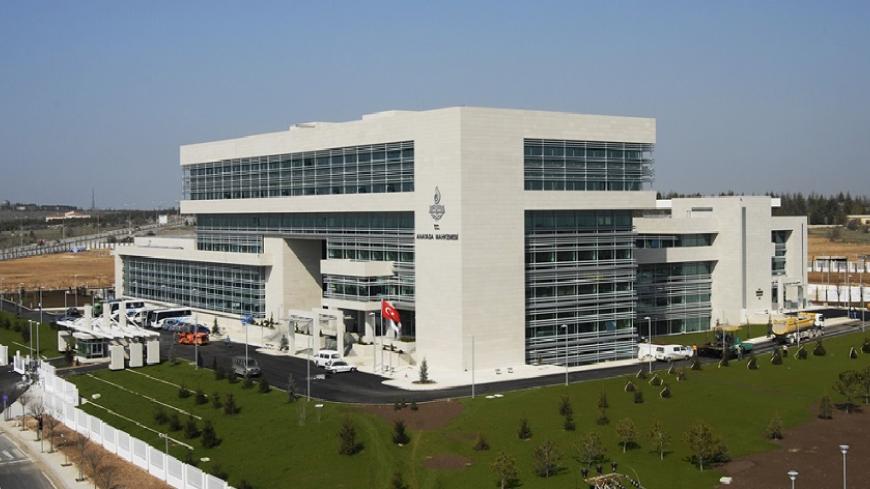 Turkey's Constitutional Court made a landmark decision July 13. A law that the Justice and Development Party (AKP) passed some 16 months ago declaring all private university prep courses illegal was annulled. With this decision, the court not only saved Turkey’s private education sector from government intrusion but also proved that there are still some checks and balances left in the Turkish system.

The controversy over the prep courses had begun in the fall of 2013, when Prime Minister Recep Tayyip Erdogan suddenly vowed to close them all. Most high school students take these supplementary courses after graduating to prepare for the university entrance exams — the most important tests of their lives. Erdogan declared that the courses created an unnecessary workload for the students and exploited their quest for education. Yet as everyone knew, the real issue at stake was not education, but Erdogan’s political war with the Gulen movement, which operated about a quarter of all prep courses in Turkey. By late 2013, Erdogan had decided the movement, which was once his best ally, was now his worst enemy, and tried to minimize its influence by closing its prep courses, which he claimed also served as recruiting centers for new young members.

At that time, most Turkish liberals, including myself, opposed the law. We argued that the government can improve its own schools but cannot ban the supplementary education offered by the private sector and freely chosen by students and their families. One can dislike the Gulen movement and oppose its cadre-building within Turkey's bureaucracy, we argued, but this does not justify an attack on private enterprise. Now, the details of the new decision by the Constitutional Court have not yet been officially announced, but reports in the media suggest that it is based on this liberal point of view. The law, as the court reportedly decided, “represented a violation of the constitution regarding the articles related to the right to education and freedom of labor.”

But why did the Constitutional Court make such a decision? Did it side with the Gulen movement, or was it “infiltrated by Gulenists,” as pro-AKP propagandists have argued lately in the face of every Constitutional Court decision that displeased the government? Probably not, because the same court has made other recent rulings that conflicted with the political line of the Gulen movement — such as freeing imprisoned officers in the notorious “Sledgehammer” case and police officer Hanefi Avci. In fact, right after the ruling on the prep courses, the court rejected personal appeals by Gulen himself and Hidayet Karaca, an imprisoned journalist affiliated with the Gulen movement, about violations of their rights.

The better explanation for the court’s decisions, which have made no single political camp entirely happy, is that the court abides by “universal law” like the European Court of Human Rights. Former President Abdullah Gul, who appointed most of the current members of the court, proudly mentioned this point last year. (Here is a full list of the Constitutional Court members. Of the current 17 judges, three were appointed by President Ahmet Necdet Sezer, 10 by Gul and three were elected by the parliament. Erdogan, who has been president since August 2014, has so far been able to appoint only one member of the court, a justice who conspicuously voted against the decision to annul the law banning prep courses.)

All of this means that the Constitutional Court, at least in its current form, is a key stronghold of the rule of law — especially at a time when the AKP government, and especially Erdogan, are criticized for trying to make the judiciary a handmaiden of the executive. In fact, the government has realized that goal to some extent, first by changing the laws governing the formation of higher judicial bodies — such as the Supreme Board of Judges and Prosecutors, the Council of State and the Court of Appeals — and then changing their members. But since the Constitutional Court is designed by the constitution itself, which the AKP has not yet been able to amend since 2010, it has been left largely untouched by governmental interference.

That is precisely why, after every decision that contradicts the government’s will, the Constitutional Court becomes the target of the AKP's wrath — or at least its propaganda machine. Right after its decision on prep courses, for example, Aksam and Star, both passionately pro-Erdogan newspapers, published the names and photos of court members and blamed them for creating “chaos” and “crisis.” Harsher comments were made on social media, where the Constitutional Court was blamed for trying to enact an illegitimate tutelage on the nation.

This narrative is very powerful among AKP circles, and it shows exactly where they have gone wrong. In their mind, the elected representatives of the nation — and especially its leader, who is the embodiment of the “national will” — cannot be bound by any constraint, including law. Law, ultimately, is what the nation does in the hands of those who have a parliamentary majority. The existence of a universal law that transcends politics is denied, even condemned.

The history of 20th-century politics shows us that this narrative, which the AKP hails as the ultimate “democracy,” is actually nothing but the tyranny of the majority. Moreover, constitutional courts were introduced to European politics mainly after bitter experiences with such tyrannies — commonly known as fascism — precisely to protect human rights and civil liberties from encroachment by elected governments. Even in today's established democracies, constitutional courts still play that role. In February 2012, for example, a law passed by the French National Assembly criminalizing the denial of the Armenian genocide was overturned by the Constitutional Council on the basis of free speech. Not surprisingly, an AKP spokesman had welcomed this decision then, rather than condemning it as an illegitimate “tutelage” over the French “national will.”

The Turkish Constitutional Court, too, acts as a restraint on the “national will” when this will threatens rights and liberties. We can only hope that it will keep doing so and protect its independence from the ever-encroaching executive.