Erdogan getting hit in AKP-'Cemaat' war

Critical news of the AKP-Cemaat war leaked to the media on the eve of elections strains Prime Minister Recep Tayyip Erdogan. 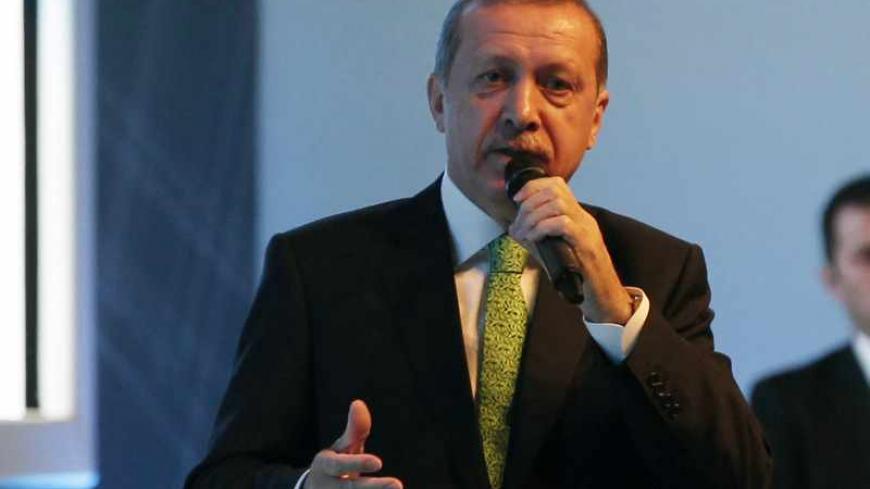 The almost two-year-long strife that has been raging between the Justice and Development (AKP) government and the Gulen Movement — a faith community identified as Cemaat in Turkey — which before had been a de facto partner of the political power, has dramatically escalated lately. It is on the verge of becoming a media war with an unpredictable outcome, with secret intelligence documents being made public one after another.

The beginning date of the new power struggle between the Gulen Movement and Erdogan government — which, in an earlier joint struggle, had subdued the army that saw it as the guardian of the secular republic and therefore entitled to intervene in politics — goes back to Feb. 7, 2012.

The first dramatic move in the struggle between old partners was made by police intelligence and the specially authorized judiciary against the chief of the National Intelligence Organization, Hakan Fidan, who has the full confidence of Prime Minister Recep Tayyip Erdogan. Fidan was summoned by the prosecutor to respond to charges that the Turkish intelligence service had illegal contact with the Kurdistan Workers Party (PKK). Fidan refused the summons. This incident was recorded in Turkish political history as the “7 February MIT-Judiciary crisis.”

I summarized the reasons why the parties were going after each other in my article titled "AKP, Gulen community in open war." There is no need to repeat them here.

This is actually a divorce proceeding that is getting uglier by the day. Partisans of Gulen and Erdogan for many years jointly fought against third parties without concealing their conspiratorial alliance. They shared secrets but also learned each others' weaknesses, and it is now understood that they were collecting sensitive information about each other thinking they might need it sometime in the future.

Now these data and documents are strewn all over. Critical information and news are leaking from AKP circles to media controlled or accessed by Cemaat, from closed-door party meetings chaired by Erdogan, from Council of Ministers sessions and from government archives.

For the time being, the person who has sustained the most damage from these leaks and confessions is Erdogan. The AKP meeting at the beginning of November, during which Erdogan expressed his wish to have the state intervene in coeducational student housing, was supposed to be behind closed doors and off-limits to the media. His widely reported remarks put him in a delicate position both at home and abroad. Reading between the lines of a news report about that meeting in the Nov. 3 edition of the daily Zaman, Turkish and world opinion felt these remarks were an omen of Erdogan’s tendency to become an “Islamist Big Brother.”  With a circulation of 1,100,000, Zaman is the flagship of the Gulen Movement’s media.

But the real uproar came with a Nov. 14 report in Zaman that the AKP was preparing a draft bill to close down private tutoring halls that provide strategic financial and human resources assets to the Gulen Movement, thus delivering an existential blow to Cemaat. Zaman launched a campaign against the decision to close down the tutoring halls with headline coverage that went on for days. This campaign was enthusiastically supported by the Gulen media and their social media activists.

In the end, the AKP government did not rescind its decision to close down the tutoring halls but announced after a 7½-hour cabinet meeting on Dec. 2 that the implementation had been deferred to September 2015, to follow three [local, presidential and parliamentary] critical elections.

It was known that Erdogan originally favored implementation of the decision by January 2014. The government had to take this partial step back because during the time the closure of the tutoring halls remained in the news, detachment of Cemaat from the AKP was spreading from the senior levels to the base. This of course meant risks for the AKP among sensitive constituencies in the run-up to the elections.

Following the noisy debate about the tutoring halls, daily Taraf, which has been supporting Cemaat in their fight with the AKP, began to play a key role. Taraf, with its reporting in 2010, had been the trigger for the “Sledgehammer” operation against the military and the trials that eventually brought the end of military tutelage. Mehmet Baransu is a Taraf correspondent who was delivered a suitcase full of documents that were used in the Sledgehammer indictment.

Baransu is now busy publishing documents in his newspaper that have put the AKP and its leader in a touchy position. The first of those was printed as front-page news on Nov. 28 under the banner headline, "The decision to terminate Gulen was taken in 2004 National Security Council Meeting."

The National Security Council [MGK] is a constitutional body that brings together the military with civilian authorities to discuss national security issues and adopt recommendations which are mostly kept secret. In the years when the army could intervene in politics, the council was actually a tutelage instrument for the military to impose their wishes on civilians.

According to Baransu's report based on confidential MGK documents, at the Aug. 25, 2004, MGK meeting the Gulen Movement’s activities in Turkey and abroad were on the agenda and a recommendation was adopted to prepare an action plan against those activities. The MGK decision was signed by Erdogan (then the foreign minister), current President Abdullah Gul and five other cabinet members.

The meaning of the news is the following: Erdogan and his government, who have always bragged about standing firm against the political pressure of the military and their interference, were not standing erect in that particular meeting and had succumbed to military’s views against the Gulen Movement by signing a decision in line with the military’s dictates.

After the news broke out, government spokesmen said they had never implemented the "decision to terminate the Gulen Movement" and for them it was a null-and-void decision. But two days later, Baransu published documents that proved the existence of official correspondence under the signature of Omer Dincer, then the undersecretary of the prime minister’s office, concerning implementation of the plan to terminate the Gulen Movement.

On Dec. 1, Mehmet Baransu followed with a report that the schools and tutoring halls of Cemaat were kept under surveillance between 2004-10 under the instructions of Dincer.

On Dec. 2, we learned from another report by Baransu that security surveillance files were maintained about state bureaucrats suspected of affiliation with various Islamic communities from 2011 until today.

"Keeping files" is a traditional method used by Turkey’s intelligence and security bodies that is in total contradiction of law and democracy. State intelligence organizations clandestinely collect information on citizens, civil society and civil servants. They classify them according to their ethnic and sectarian origins, ideologies, political activities, work relations, private lives and so on, and then generally use these files against the subject person, although at times for their benefit.

It is possible that Islamic communities other than Gulen will also be upset that the AKP government is keeping official files on them.

Then, of course, there is a possibility that Erdogan will be designated the “leader who hides the truth from people.’’ On last Aug. 15, Erdogan said, “We have no art of keeping files on people. We don’t need it. I know I was subjected to that practice as well as my friends. But we never opted for that course.”

Taraf thus proved that Erdogan was not telling the truth.

Following the revelations, the prime minister's office, National Security Council and the National Intelligence Organization on Dec. 5 filed criminal action complaints against Taraf to Ankara's prosecutor. The newspaper reported that the plaintiff requested action on grounds of "violating clauses that deem obtaining and revealing information and documents pertaining to state security that have to remain secret a criminal act." These accusations culminated in the launching of an investigation against Baransu on espionage charges.

Finally, mention must be made of the interesting Dec. 5 declaration by the Journalists and Writers Foundation, whose honorary president is Fethullah Gulen, identified as the highest ranking representative civil society organization of Cemaat. In my opinion, the most crucial sentence of this long declaration that responded to the accusations from the government is this one:

“There are concern-causing signs that unethical methods and acts violating confidentiality of private lives which were tried in the eves of earlier elections may again be used.’’

This is a reference to the forced resignations of nine senior officials of the right-wing Nationalist Action Party [MHP] prior to the June 12, 2011, elections after secretly taped video recordings of their extramarital sexual relations were leaked. The public believed that this operation aimed to push MHP votes below the 10% election threshold and thus block their entry into parliament.

It has to be assumed that such a secret operation, whose perpetrators still are not identified, can only be carried by a powerful organization.

The foundation’s declaration stresses the rejection by their community of such unethical and illegal methods and invites everyone to reject such actions.

All these developments require us to consider the possibility that Turkey is prone to an extremely tense and scorching atmosphere.