Post deal, can Rouhani deliver on promises of reform? 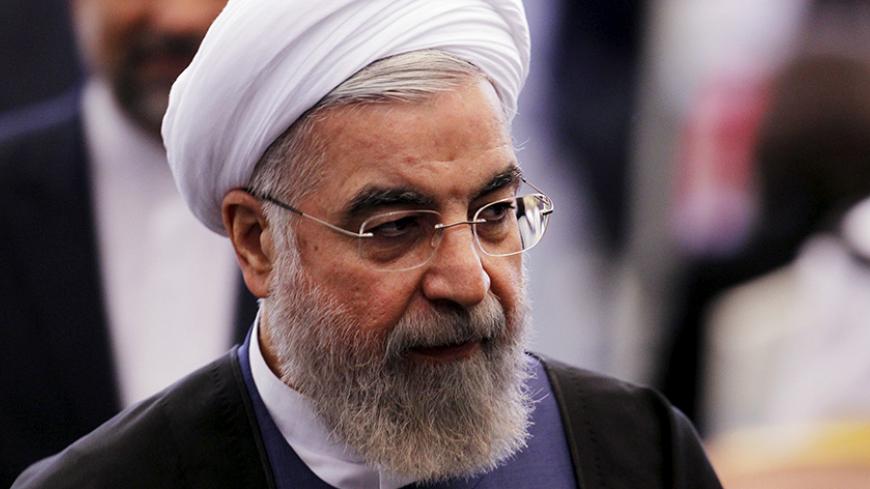 Iranian President Hassan Rouhani leaves after delivering a speech at the plenary session of the Asian African Conference in Jakarta, April 22, 2015. - REUTERS/Beawiharta 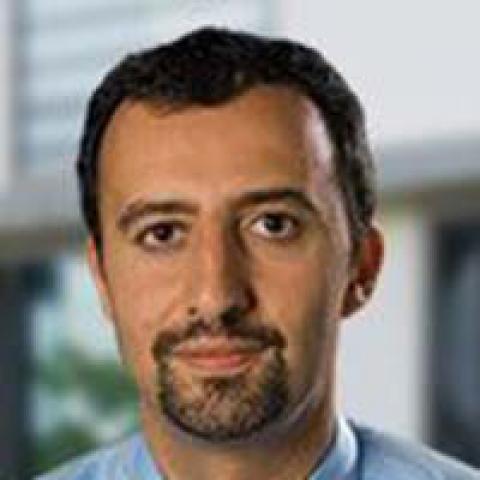 The next few months will see President Hassan Rouhani enjoy a peak in popularity. The nuclear agreement reached between Iran and the P5+1 (United States, Russia, China, United Kingdom, France and Germany) boosts Rouhani among the public and even the political elite. The mild-mannered president will have much more political capital in his hand. But what will he spend it on? The economy will no doubt be a big focus. Rouhani’s government has already indicated a desire to liberalize and privatize Iran’s moribund economy and possibly loosen the Islamic Revolutionary Guard Corps’ (IRGC) chokehold on business. But Rouhani has been relatively reticent on political and social reforms, both of which matter a great deal to Iranians; after all, what is economic prosperity if there is no accompanying personal freedom?

Rouhani was elected president because he offered hope; he claimed that the nuclear agreement would be the “key” to unlock or solve Iran’s problems. But it will take more than a nuclear agreement to make Iran a better place to live. Can Rouhani achieve his people’s dreams? Is he even willing?

Iran’s compliance with the nuclear agreement will be met with significant sanctions relief that may take some time to impact Iran’s economy. If successful, sanctions relief could greatly boost Rouhani’s popularity. For the sake of argument, let’s assume that Iran is able to sell oil at pre-sanctions levels and increase trade with the world rather quickly. The economic benefits of sanctions relief may trickle down to the average person. Inflation may decline, the Iranian currency may gain value and the employment rate may also improve. But the Iranian population will still face a major obstacle: Much of Iran’s economy is in the hands of an unelected and unaccountable state. As president, Rouhani is accountable to the voters, but the unelected political establishment — the supreme leader, the IRGC, the clergy — is an entirely different matter.

They have supported the nuclear agreement (there is a lot of money at stake), but they do not hold elected office and don’t need to answer directly to anyone. Moreover, the unelected establishment tends to look upon Iran’s mostly secular and pro-Western middle class (Rouhani’s base) with disdain. Iran’s men of power (and they’re always men) are likely to take much of Iran’s wealth for themselves. However, Rouhani will have to distribute the wealth between major power centers like the Revolutionary Guard in addition to his own supporters. This is not to deny that Rouhani’s supporters won’t see some benefit from sanctions relief, but it is unlikely they will receive the most benefit.

Will Rouhani take on the conservatives and the IRGC? He is no doubt a member of the elite and he is not anti-establishment by any stretch of the imagination. However, Rouhani has indicated that he believes Iran can be powerful at home and abroad if it changes directions. The nuclear agreement is the most obvious demonstration of this approach. But in order to change Iran’s economy, Rouhani has to contend with the IRGC, which controls a large portion of the Iranian economy. The IRGC is somewhat diminished after reaching the peak of its power under the disastrous presidency of Mahmoud Ahmadinejad, but it is by no means sidelined. The IRGC waited in the wings as Rouhani negotiated the nuclear agreement, but is likely to block Rouhani’s reform efforts.

Rouhani has given carefully worded public speeches in which he praised the IRGC while pushing back against its economic muscle. He has suggested that the IRGC should continue to participate in big national projects like building roads and dams, but should allow Iran’s elected government to create a strong private business sector. It is unlikely that the IRGC will cede its economic position to Rouhani and his technocratic-minded supporters.

Rouhani has been most careful on the issue of political reform. The shadow of the 2009 Green Movement uprising still hangs over the country; recent nuclear celebrations included chants demanding freedom for Green leaders Mir-Hossein Mousavi and Mehdi Karroubi. Rouhani has maintained some distance from the reform movement, but he also campaigned successfully for president by implicitly presenting himself as a bridge between the Reformists and the establishment (most Reformists are forbidden from running for office).

The nuclear agreement may provide momentum for Rouhani to forge ahead, and the upcoming 2016 parliamentary elections could be an early measure of this. But all political candidates have to be vetted by the conservative Guardian Council, an institution severely allergic to even a whiff of reform. The Guardian Council also vets candidates for the upcoming Assembly of Experts elections. The Assembly of Experts elects and ostensibly “supervises” the supreme leader. Although Rouhani would be more likely to win the parliamentary elections, the supreme leader and the Guardian Council will not cede the Assembly of Experts to him, as they fear centrist and reformist forces shaping the succession to Supreme Leader Ayatollah Ali Khamenei.

Even if Rouhani wins control of parliament, reform is hardly guaranteed. Iran’s reformist paragon, former President Mohammad Khatami (1997-2005), had a friendly parliament to work with during most of his tenure, yet the Guardian Council vetoed reformist bills time and time again. A Rouhani-aligned parliament may provide an avenue for some economic reforms, but it is unlikely to serve as a mechanism for needed political and social changes. The Expediency Council, headed by Rouhani’s patron Ayatollah Hashemi Rafsanjani, has the power and authority to mediate between the Majles and the Guardian Council. However, this body has lost much of its clout and influence in the last decade.

And social change may be the crux of the matter. Iran’s aging ayatollahs fear nothing more than social change. Individual freedom, voters’ rights, women’s liberation and tolerance for minorities are an anathema to their rigid worldview. For them, female attendance at sporting events is a top national security threat. Rouhani wants a freer society and has spoken against the government’s control of morality. The supreme leader has sharply disagreed.

Rouhani has to prioritize his objectives. A push for economic and socio-political reforms will likely result in failure. And he faces major challenges even within the economic realm. For now, Rouhani will remain popular. He has found a key to the nuclear door. But one open door will likely lead to many other locked ones. Iranians, having waited patiently for a nuclear agreement and the sanctions relief it will bring, will undoubtedly need other keys.