Lebanese officials have criticized UNHCR efforts to register Syrian refugee births, arguing that the country is at capacity. 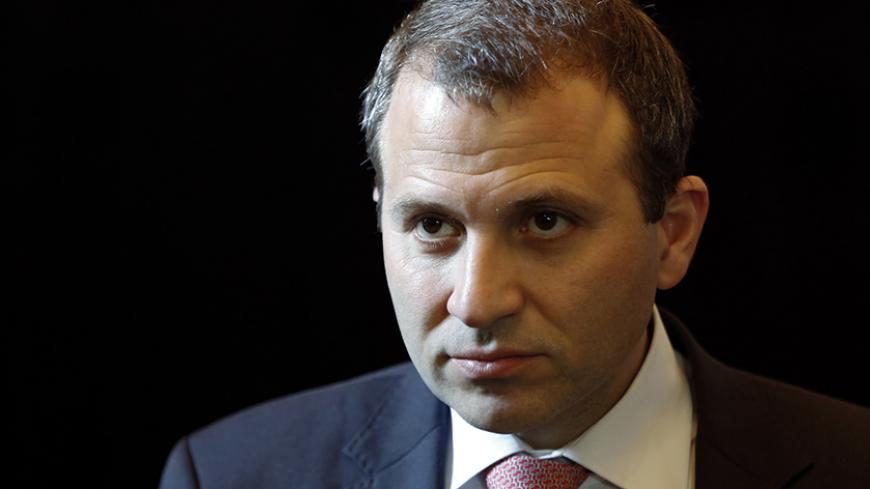 The issue was first raised July 13 by Lebanese Foreign Minister Gebran Bassil when he received in his office at the ministry's headquarters in Beirut Italian Foreign Minister Paolo Gentiloni. After the meeting, Bassil said that he refuses “the Syrian birth registrations that the UN and Lebanese government entities have been proceeding with,” noting “this is a prelude to imposing a new settlement reality in Lebanon.”

It seemed that the parties Bassil was referring to were the UN High Commissioner for Refugees (UNHCR) and the Lebanese Ministry of Social Affairs. Rashid Derbas, minister of social affairs, immediately responded, saying in a press interview the next day that his ministry is only implementing the Lebanese government’s decisions in this regard.

Derbas also explained that the birth registration of Syrian babies is exclusively handled by UNHCR, while the ministry simply oversees these procedures, stressing that the Syrians born in Lebanon are not eligible for any Lebanese benefits.

Following Derbas’ response, Bassil revealed other aspects of the case. On July 15, he met with UNHCR representative Mireille Girard to inform her of the ministry’s rejection of the birth registrations for displaced Syrians in Lebanon. He said, “This is the Syrian authorities’ prerogative,” stressing that “the Ministry of Foreign Affairs and Expatriates did not approve it [birth registrations for Syrians] at the Berlin Conference nor in any exchanged documents.”

Bassil also sent official letters to the UN High Commissioner for Refugees Antonio Guterres, in which he requested “putting an end to the registration procedures in order to maintain Lebanon’s relationship with UNHCR and prevent any situation that might lead to the deterioration [of said relationship].” He also sent letters to Lebanese Prime Minister Tammam Salam and to Derbas, bringing to their attention the issue of birth registrations for displaced Syrians, and calling on them to intervene to stop these procedures. In addition, he wrote to parliament speaker Nabih Berri to inform him of this emerging issue that violates Lebanon's official policy on the subject of Syrian displacement.

Al-Monitor asked Derbas about the background of the issue. He reaffirmed his position that UNHCR is the entity registering births and that his ministry simply supervises these procedures. He also noted that no official document or any sort of benefit following a birth or registration is given by any official Lebanese party to any displaced Syrian who took refuge in Lebanon or was recently born on its territories. When Al-Monitor asked about the Lebanese authorities not being content with the Syrian Embassy handling registration of Syrian babies in Lebanon, Derbas said the problem lies in the fact that a large portion of displaced Syrians oppose the Bashar al-Assad regime and perhaps either refuse to register with their embassy in Beirut or are afraid to resort to it.

Bassil revealed new aspects of the issue, saying, “The issue of the birth registrations for displaced Syrians in Lebanon didn't just start now and it didn't come out of nowhere. It was requested of the Lebanese government when we participated in the Berlin Conference on Oct. 28, 2014. Back then, the Lebanese Foreign Ministry’s delegation confronted a series of requests and procedures that the conference — held under the banner of the International Support Group for Lebanon — tried to impose on us. Meanwhile, we considered that [registering Syrians in Lebanon] was affecting [Lebanon’s] sovereignty and would constitute a disguised and hidden prelude to resettle those displaced Syrians on Lebanese territory.”

He also said that one of the procedures he refused back then was the birth registrations of Syrians in Lebanon in cooperation with UNHCR and the Lebanese government. “It did not end there. High Commissioner Guterres sent on May 27 copies of a unified message to every official in the Lebanese government, in which he repeated his request for Lebanon to register Syrian births. We considered this to be contrary to what we had agreed upon at the Berlin Conference, and an attempt to change it,” Bassil said.

He added, "We took this latest stance and informed everyone about it. We refused to carry out this procedure. Our primary goal, which was agreed upon via a decision made by the Lebanese government as a whole, is to reduce the number of displaced and not increase it. We nearly have 1,200,000 registered displaced persons, not to mention the unregistered ones. UNHCR is unable to do anything to reduce this number. On the contrary, since the government's decision in early 2015 [to tighten restrictions on the entry of Syrians into Lebanon], the number of registered displaced persons has increased by about 42,000, according to our ministry's information. For all these reasons, we informed UNHCR that we refuse this step and that we will do anything so our position would be respected.”

Bassil said that “such talk is not convincing because the Syrian ambassador to Lebanon and his government is recognized by the Lebanese government. The UN recognizes his government too. Thus, UNHCR — should it wish to do so — has to cooperate with the Syrian Embassy and not with us, and give the displaced Syrian documents instead of Lebanese ones.”

Before concluding his interview with Al-Monitor, Bassil said, “Lebanon has reached its limits. Our country has become subject to existential risks as a result of this issue. It is our duty to protect Lebanon, its government and its people.”