The Iranian nuclear agreement has removed a major obstacle to Tehran's offer of military assistance to Lebanon, but government dysfunction in Beirut remains a stumbling block. 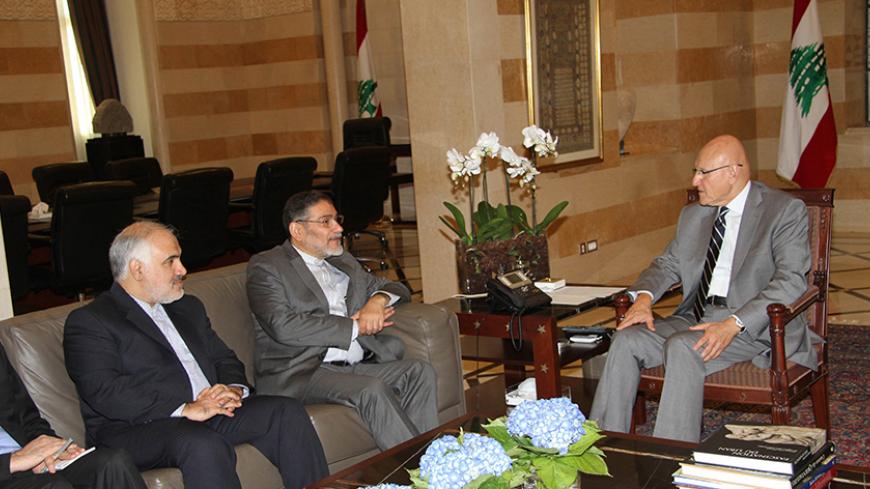 BEIRUT — The Islamic Republic of Iran has on several occasions offered to support and supply the Lebanese army with weapons and gear. The most recent offer, made in late 2014, appears suited to the army's needs in combating the Islamic State (IS) and Jabhat al-Nusra, but government dysfunction and disagreement in the Cabinet are preventing action even after the apparent removal of a major international barrier to its acceptance.

Iran made its first offer in August 2010, in the wake of clashes in Adaisseh between the Lebanese and Israeli armies, when Israeli forces crossed the Blue Line presumably to uproot a tree blocking its surveillance cameras. Three Lebanese soldiers, a Lebanese journalist and an Israeli officer died in the fighting.

The episode prompted the United States to freeze $100 million in approved military aid to the Lebanese army for fear that the weapons might threaten the security of Israel. On the other hand, Iran, through its ambassador to Lebanon at the time, Ghazanfar Roknabadi, told Lebanese army commander Gen. Jean Kahwagi of its willingness to support the army.

Whatever offer transpired has yet to be submitted to the Lebanese Cabinet, which, in the absence of a sitting president, requires the signature of all 24 Cabinet ministers to issue a decree. Thus, it was not refused, but it was not accepted either. It has simply never been added to the Cabinet's agenda for a number of reasons.

According to ministerial sources who spoke to Al-Monitor on condition of anonymity, the first obstacle was UN Security Council Resolution 1747 (2007), which invokes Chapter 7 of the UN Charter, preventing Iran from supplying, selling or transferring arms or any related materiel, directly or indirectly from its territory. Fear of breaching the UN resolution provided obvious cause for reservation regarding any military cooperation with Iran. The second factor was pressure by the United States to reject the offer from Moqbel’s visit or risk losing all US aid to the Lebanese army.

Typically, the proposal stirred controversy among Lebanese political parties. Members of the March 8 alliance were in favor of it, while those from the March 14 coalition opposed it. The sources explained that had it been submitted to the Cabinet, the offer would not have generated consensus and, therefore, would not have been approved under the mechanism for action adopted due to the presidential vacuum. With the signing of the nuclear agreement in Vienna and its endorsement by the UN Security Council, which removes the Chapter 7 issue, will the offer be raised again, especially in light of the Lebanese army's urgent need of all kinds of support in its fight against terrorism?

The ministerial sources said that although the international obstacles, cited by the March 14 coalition, which opposes Iran and Hezbollah, no longer exist, and although raising the issue of the proposal in the Cabinet is now easier in principle, its approval remains unlikely despite the army's needs.

The sources feel the government should treat as a priority any matter related to arming the Lebanese military and countering terrorism, noting the government’s state of confusion since the Cabinet dispute that arose July 9 over the Free Patriotic Movement’s insistence on including security appointments on the body's agenda. That said, the sources contended, the government is swamped with the trash crisis, sparked by fed-up residents near the main landfill blocking access to it, and cannot afford to waste time on moot points, such as the Iranian proposal.

Even if all the current problems were resolved, Cabinet operations returned to normal and a new president were elected, the Iranian offer, the sources hold, would nonetheless meet with the same objections in the Cabinet from the March 14 coalition and its political veto. Moreover, the March 14 alliance’s opposition would likely escalate given the position of its patron, Saudi Arabia, toward Tehran and the nuclear deal.

Lebanon, like all countries in the region, is waiting for the full implications of the nuclear deal on Middle Eastern issues, so, the sources said, no significant steps should be taken in any respect. On the other hand, military sources, who requested anonymity, told Al-Monitor that a list from the Iranian offer leaked to the media in October is accurate. It includes Doshka machine guns and ammunition, 120 mm and 60 mm mortar launchers with ammunition, 155 mm ammunition, anti-tank TOW missiles and launchers, ammunition for T55 and T62 tanks, and night vision binoculars.

The military sources claimed that the supplies meet a large part of the army’s need for medium-range weapons. They asserted that the list was indeed based on the talks Moqbel had had in Tehran. Regardless, it appears the army must wait for the resolution of internal conflicts and whatever alignments evolve in the international arena following the Iranian nuclear deal.