In light of developments across the Middle East, there are signs that Iran might postpone an upcoming visit by Foreign Minister Mohammad Javad Zarif to Beirut. 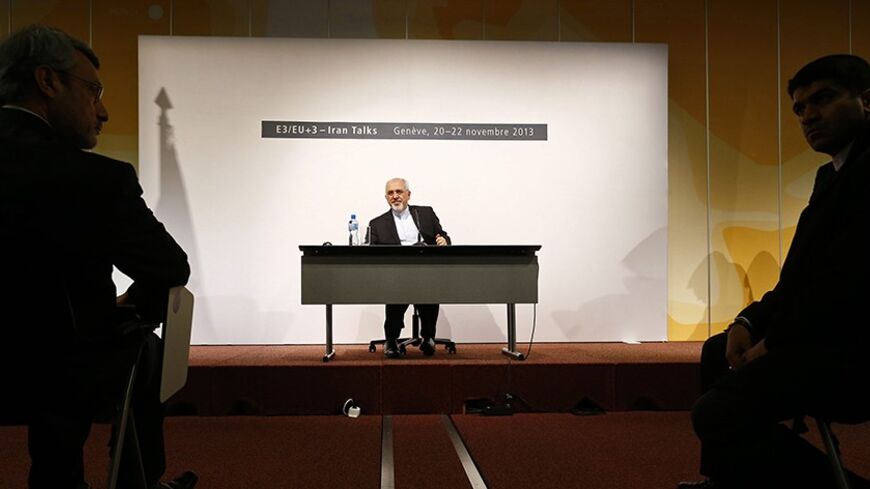 Some informed sources expect (and some are hoping for) a last-minute postponement of the scheduled visit by Iranian Foreign Minister Mohammad Javad Zarif to Beirut, set to begin Jan. 13. The dates of formal meetings between Zarif and Lebanese officials have already been confirmed, but sources close to the Iranian Embassy in Beirut have revealed to Al-Monitor that the visit is being reassessed by Tehran and its Lebanese political allies, as questions abound about its usefulness and timing.

The sources explained that Zarif’s visit was decided on weeks ago and had been agreed upon in principle during the second half of November 2013. This stemmed from a number of developments that must be analyzed to understand the ongoing exchanges now surrounding the trip. First, when it was initially announced, Zarif's visit was presented as part of a tour that would include all the countries of the region. Within this framework, it was only natural that Beirut be included on the list of destinations. Excluding the Lebanese capital would have raised questions, and eyebrows, while only visiting Beirut would have been strongly criticized. Second, the regional atmosphere at the time was influenced heavily by the Iranian-Western rapprochement, which affected the relationship between Iran and the Arab Gulf countries. Third, Tehran then truly believed, or at least hoped, that Western and Gulf openness toward it would lead to improved relations with Riyadh, an eventuality that Zarif himself alluded to when he indicated, more than once, that he was interested in a visit to the Saudi capital.

In this context, it seemed that the new Iranian leadership expected (or hoped) that its foreign minister’s visit to Beirut would culminate in a path toward reconciliation between the regional powers jostling for influence on the Lebanese scene or perhaps even lead to efforts to find a breakthrough in these relations and the crises prevailing in Lebanon itself. The weeks between the decision on a visit and the actual visit have filled, however, with negative developments on more than one front, two of which hold particular importance: the accelerating deterioration in Iranian-Saudi relations and the looming dates for sensitive and potentially dangerous governmental, judicial and security deadlines affecting the Lebanese crisis. Thus, the announcement of the visit came at a very inopportune time for the Iranians and their Lebanese political allies relative to three pending issues, as Al-Monitor's source explained.

First, the visit coincides with efforts to form a new Lebanese cabinet, amid talk of progress that does not preclude unresolved hurdles preventing the announcement of a final agreement toward that end. In this context, sources close to the Iranians explained to Al-Monitor that the timing of the visit would undoubtedly be problematic for them. If a cabinet formation is announced after the visit or during it, Tehran’s adversaries and opponents of its Lebanese allies will hasten to claim that Zarif had pressured Hezbollah and its allies into acquiescing. They would consider that he did so to score points for his country’s policies, diplomacy and international interests, as well as contend that such developments were proof of so-called Iranian meddling in Lebanese affairs. In contrast, if the visit takes place, but a new government is not formed, then the same factions will still make the same assertions, only this time to claim that Zarif had exerted pressure to prevent the formation of a new cabinet.

Second, the visit coincides with the opening, on Jan. 16, of public hearings by the Special Tribunal for Lebanon into the assassination of Prime Minister Rafik Hariri. This event will cause sharp political squabbling in Lebanon, particularly in light of information about prominent Lebanese political figures scheduled to attend the first session. The court is considering charges against five individuals, said to be members of Hezbollah.

The tribunal session will result in a fierce media campaign between Hezbollah and its adversaries. According to sources, if Hezbollah responds to the campaigns targeting it, it will be accused of escalating matters at the behest of the Iranians following Zarif’s Beirut visit. If it ignores the campaigns, its silence will be construed as proof of Iranian directives to maintain calm, to safeguard Tehran’s interests.

Third, the visit coincides with preparations for the Geneva II conference on the Syrian crisis, which brings with it efforts to either invite or exclude Iran. According to Al-Monitor's sources, regardless of the facts and realities, the Lebanese and regional anti-Tehran faction will claim that Zarif’s visit was part of an Iranian campaign to gain entry to Geneva and to remind the parties involved in the Syrian conflict and the conference that Tehran has an imposing presence in this regard, stretching from Damascus to Beirut.

For the above reasons, circles close to Iran expect an announcement postponing the visit, perhaps even at the last minute. If it were still to take place, however, these same circles conveyed to Al-Monitor, it will be greatly truncated, into one day, and include official meetings with the president, prime minister, speaker of the house and foreign minister. It will also involve an expected, but unannounced, meeting with Hezbollah Secretary-General Hassan Nasrallah. The latter meeting may be the only venue for any serious political discussions for a visit that borders purely on being a formality and destined to be held under radically different circumstances than anticipated.