Will Saudi Arabia save Hamas?

Saudi Arabia's patronage of Hamas could help the movement's leadership regain the power usurped by its military wing and save it from collapse. 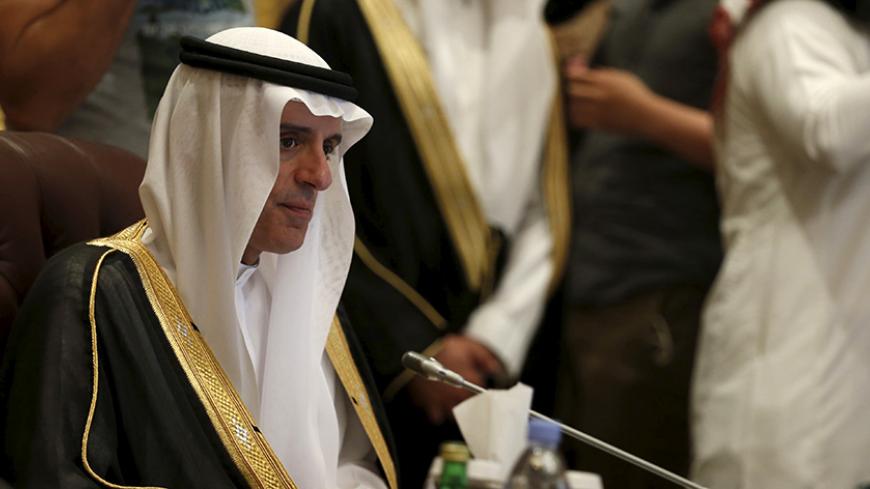 Hamas leaders' denials of a crisis in their organization’s relations with Iran have been put to rest. It is now official. In a July 24 interview with Al Jazeera, senior Hamas official Mousa Abu Marzouk admitted in no uncertain terms that Iran has discontinued the military and civilian support it had extended to the Palestinian group for years. In addition to the staggering quantity of weapons smuggled into Gaza, the Islamic Revolutionary Guard Corps had provided counseling, briefings and training for members of Hamas’ military wing, thus setting the movement’s tone and modus operandi for a very long time. In other words, Hamas, which enjoyed a considerable infusion of weaponry and money, had been Iran’s proxy on Israel’s southern border.

Even when the movement’s pragmatic members thought that extra caution should be exercised in relations vis-à-vis Israel, the organization’s military wing, the Izz ad-Din al-Qassam Brigades, acted as an independent body, whose interests overlapped those of its Iranian patron. The position adopted by Khaled Meshaal, head of Hamas' political bureau, opposing President Bashar al-Assad after the outbreak of the Syrian civil war, resulted in the split from Tehran. Yet, over the years, there were factions that maintained ties with the Iranian regime, hoping to somehow mend fences between the two sides. This is all now a thing of the past.

Ties with Iran and its military aid had not been instantly severed. A channel of communication remained open between the movement's senior member, Mahmoud al-Zahar, and Iran, or “our friend,” as he preferred. As a perk, Zahar received some assistance provided to him on a personal basis. Ismail Haniyeh, deputy chief of Hamas’ political bureau, was more careful. In February 2012, he paid a visit to Iran, to the displeasure of Hamad bin Khalifa Al Thani, the Qatari emir, who had briefly supported the movement.

The leaders of the military wing — Ahmed Jabari, who was killed by the Israel Defense Forces at the start of Operation Pillar of Defense in 2012, and Izz ad-Din al-Qassam Brigades commander Mohammed al-Deif — also maintained ties with Iran, knowing that if they wanted to keep their military power and maintain their elevated standing within the movement, they had to fight to remain in Iran’s good graces. They knew full well that Tehran's assistance was irreplaceable. Several attempts were made last year to organize a reconciliation meeting between Meshaal and officials in Tehran, but they came to naught.

Meshaal had no choice but to make a fateful decision for his movement — rapprochement with Saudi Arabia. This could turn Hamas from a movement ruled and guided by its military wing, which has often resulted in confrontations with Israel, into a movement once again dominated by its political wing. This will not happen overnight, but the repercussions of having Hamas under Saudi aegis should not be taken lightly.

The Saudi money that will be transferred to the movement won't be allocated for armaments. Traditionally, Saudi support has always been offered as humanitarian aid for Arab countries in distress. The same holds true for the residents of Gaza. It is more than likely that in the constellation between Israel and Saudi Arabia in connection to the nuclear crisis with Iran, one of the ironclad rules that King Salman bin Abdul-Aziz Al Saud presented to Meshaal was that the monarchy’s money would be used exclusively for Gaza's rehabilitation and alleviating the plight of its residents.

When it comes to relations with Israel, it stands to reason that the views of Hamas' new patron, the Saudi king, will prevail. The king prefers to abstain from unnecessary military adventures against Israel or challenges that might embarrass his country vis-à-vis the United States. Hamas has fallen into a honey trap and will have to conduct itself accordingly. Those wanting the movement to abandon terror have looked forward to exactly such a situation. If the Palestinian organization acts in keeping with the standards of conduct determined by the Saudis, it will be able to claw itself out of its financial straits, which otherwise could bring about its collapse. If it chooses to go down the wrong path, its financial lifeline will be cut off.

Yet it is too early to paint an idyllic picture of Hamas in the coming years, since it is a movement that has become a body in which everyone does as he pleases. In the past two years, the movement has established a new headquarters in Turkey, operated by Saleh al-Arouri. How will the “sheriff from Istanbul,” as he is known, behave? It is highly doubtful that he will toe the line with the political bureau. In the past year, Arouri has demonstrated that he operates independently, does not take orders from the movement and leads an uncompromising armed struggle against Israel and the Palestinian Authority (PA).

Of course, there’s another important unknown: How will Hamas’ rapprochement with Saudi Arabia affect the PA and President Mahmoud Abbas? The tensions between Hamas and the PA in general and the Fatah movement in particular, which also enjoy Saudi support, has reached new heights in recent months. The exchange of accusations between the two sides as well as a wave of arrests of Hamas activists in the West Bank have brought the relationships between the two movements to the verge of explosion. Will Saudi Arabia have a placating effect on the two sides?

Throughout its existence, Hamas has faced dramatic decisions that changed both its character and conduct. It again finds itself at such a watershed. Teaming up with Saudi Arabia is apparently the only move that can save it from collapse given that all other avenues have been blocked. After nearly nine years of the crippling blockade against Gaza, three bloody wars with Israel and a population of 1.8 million in distress, Hamas has no choice but to draw certain conclusions from its past mistakes, learn its lessons and change its policy.