Iran’s Foreign Minister Mohammad Javad Zarif said an Iran nuclear deal would not be ready to be announced July 13, as China’s foreign minister urged the P5+1 and Iran to finalize the accord without further delay. 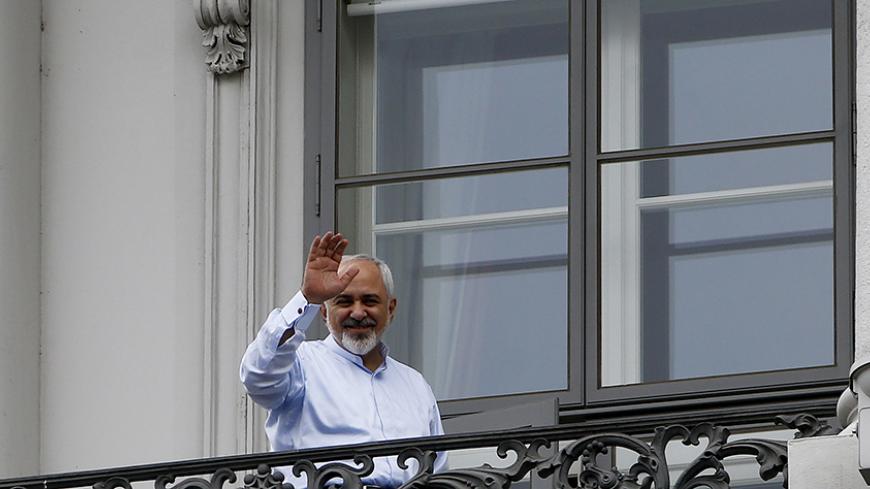 VIENNA — It is testament to the emotional roller coaster of endgame Iran nuclear deal talks that Iran’s own president, Hassan Rouhani, had to delete a tweet on July 13 that seemed to prematurely say that a final Iran deal had been reached ahead of any such announcement.

“#Irandeal is the victory of diplomacy & mutual respect over the outdated paradigm of exclusion & coercion,” Rouhani wrote in the subsequently deleted tweet. “And this is a good beginning.”

Rouhani then posted a more conditional version of the deleted message:

“IF #Irandeal, victory of diplomacy and mutual respect over outdated paradigm of exclusion and coercion,” Rouhani wrote July 13. “And this will be good beginning.”

Asked whether a deal would be announced that night, Zarif told journalists, "No." He spoke from a second-floor balcony at Vienna’s Coburg Palace hotel, where the negotiations between Iran and the permanent five UN Security Council members plus Germany (P5+1) are being held.

The interim Iran nuclear deal, the Joint Plan of Action, will be extended if the final deal is not completed July 13, when it formally expires, White House press secretary Josh Earnest said July 13.

There is still the painstaking work of finalizing and reviewing the text of the 100-page final deal draft, sources close to the talks told Al-Monitor July 13, indicating it was unlikely the deal would be announced before July 14, if then. But that does not mean there has not been substantial progress.

“Look, it is not like they have been stopped over a few difficult issues the past few weeks,” Ali Vaez, senior Iran analyst at the International Crisis Group, told Al-Monitor on July 13.

“My sense is, the hard choices are not made 'til all seven foreign ministers [of the P5+1 and Iran] are at the table and this process comes to the brink of collapse and then either somebody blinks, or the process stalls,” Vaez said. “But the risk is, when you play such a high stakes game of poker, one can easily commit a mistake.”

Reviewing documents for final submission is a painstakingly slow process because of the complexities and the many different parties involved.

“It is not a matter of if,” Reza Marashi, a former State Department official with the National Iranian American Council, told Al-Monitor on July 13. “It’s a matter of when.”

“Everything has been agreed upon and [it’s now a matter of] drafting, and they don’t know how fast or slow the process of agreeing on the wording in two different languages will go,” Marashi said. “They are drafting and it takes time.”

China’s foreign minister summed up the mood of impatience here when he arrived at Iran nuclear deal talks July 13 and said the time to close the deal is now.

“We believe that there cannot and should not be further delay,” China’s Wang Yi, speaking Mandarin, told journalists outside the hotel.

The P5+1 foreign ministers “are gathered to bring negotiations to a conclusion,” Wang said.

Editor's note: This article has been updated since its initial publication to correct a transcription error in Ali Vaez's quote.