Substantial progress has been made in resolving key issues for a final Iran nuclear deal, but diplomats said some big and small issues still remain to be overcome to conclude the deal. 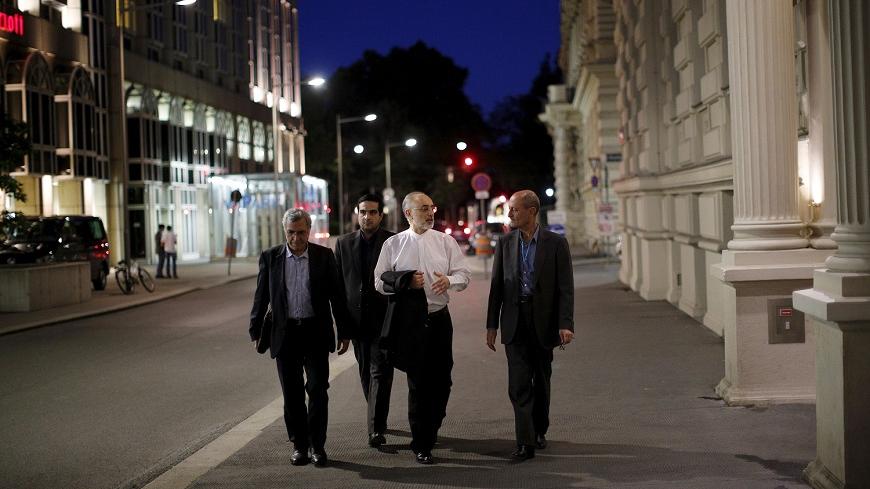 VIENNA — Substantial progress has been made in resolving key issues in the past days, putting a final Iran nuclear deal within reach, but big and small differences still need to be overcome to close the deal, diplomats said July 4.

“We never progressed as far as we [have] now, we never went so far in drafting, however there are still differences,” Iranian Deputy Foreign Minister Abbas Araghchi said in an interview with Iran’s state television (IRIB) Channel 1 on July 4.

Most notably, the head of the International Atomic Energy Agency (IAEA) said July 4 that his agency could issue an assessment on past possible military dimensions of Iran’s nuclear program by the end of the year, if Iran cooperates.

“With the cooperation from Iran, I think we can issue a report by the end of the year on the assessment of the clarification of the issues related to possible military dimensions,” IAEA Director General Yukiya Amano told reporters July 4 outside Vienna’s Coburg Palace hotel, where Iran final deal negotiations are taking place.

Amano’s announcement on a clear timetable for addressing the sensitive Iran possible military dimension issue is significant because it is one of the requirements that Iran would need to meet to get United States and European Union sanctions relief.

“Iran has been concerned about the agency’s investigation dragging on indefinitely,” Kelsey Davenport, a nonproliferation expert with the Arms Control Association, told Al-Monitor on July 4. “So I see [Amano’s] announcement about a more specific timetable to be extremely positive. And indicative that Iran and the IAEA are moving toward an understanding of the path forward.”

“It seems Amano had good meetings and interactions in Iran” this week, China’s negotiator at the Iran talks, Wang Qun, told Al-Monitor in brief comments July 4. “There is good progress, bit by bit.”

But experts at the talks said not all access and inspections issues had yet been resolved to ensure a deal would be possible here.

“Amano’s visit to Tehran, while significant, does not mean that the issue of access and inspections has been fully resolved,” Davenport said. “It is a positive step forward, but both sides need to feel confident that the level of access meets their core concerns and that disputes over access can be quickly and fairly resolved.”

There has also been progress reported on the issue of sanctions relief.

“We have resolved many issues on the sanctions part of the Iran nuclear deal, but [there are] still some issues to be resolved,” Araghchi said in the July 4 IRIB interview.

There has been “progress, but not enough,” a member of the Iranian expert team said as he returned from negotiations the evening of July 4, adding, “We are not satisfied now.”

US officials also said announcements on a provisional agreement were premature. "Even if and when issues get resolved at an experts level, there will remain some open issues that can only be decided by ministers,” a senior State Department official, speaking not for attribution, told reporters in response to an Associated Press report saying tentative agreement on sanctions relief for a final deal had been reached between Iran and six world powers (P5+1 ).

Foreign ministers from the rest of the P5+1 are expected to rejoin US Secretary of State John Kerry and Iranian Foreign Minister Mohammad Javad Zarif in Vienna starting the evening of July 5, with an eye on trying to announce an agreement by July 7.