Negotiators from Iran and six world powers agreed on the title of the final nuclear accord, but progress beyond that was said to be limited as differences over centrifuges and sanctions relief remain. 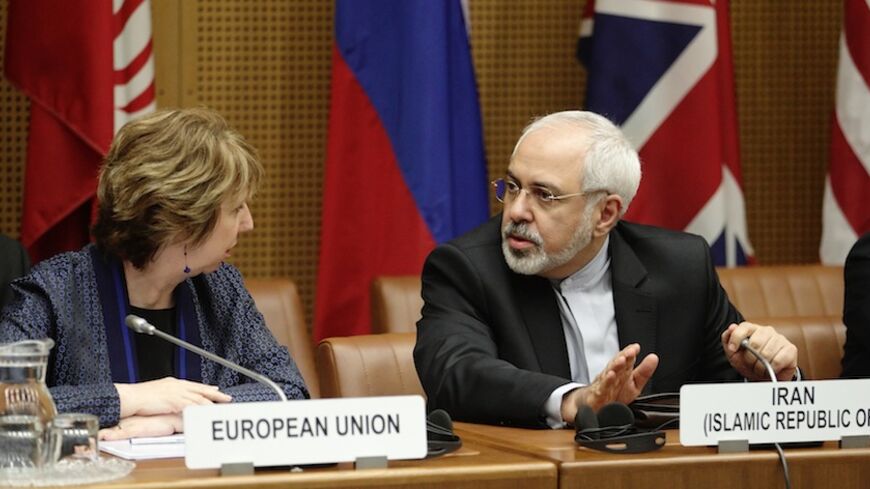 Vienna — Drafting of the final Iran nuclear accord officially got underway here today (June 18), but progress on the text was limited and many substantial differences remain, negotiators from Iran and six world powers said.

The parties have formally agreed on the title of the final agreement — “The Joint Comprehensive Plan of Action” — Iran’s Foreign Minister Mohammad Javad Zarif said June 18, but progress on drafting the joint text beyond that was apparently halting and interrupted by consultations to narrow continued disagreements over elements of a final deal.

"Today, we have slowly begun to draft the final agreement … but there are still many differences," Zarif told journalists as he headed to an off-site function, Iranian Students' News Agency (ISNA) reported.

“If there's political will, we can reach [a] deal even before [the] July 20 deadline,” Zarif said.

Sources said the Iranians were somewhat frustrated that the Russians and Chinese had apparently both publicly and privately sided with others in the P5+1 on that Iran was going to have to come down on its centrifuge numbers to get a final deal. Meanwhile, the Russians and Chinese have apparently been supportive of Iran’s position that the P5+1 and United States should provide more rapid sanctions relief in a final deal.

Unusually, both Russian and Chinese negotiators offered comments to journalists in past days here, saying that Iran was going to have to be more proactive in modifying its positions on the number of centrifuges in a final deal to make progress.

“When I talk about a ‘win win’ solution, it means that each party has to bring on board the concerns of the other parties,” Wang Qun, China’s lead negotiator at the talks, and the director general of China’s Ministry of Foreign Affairs arms control bureau, told journalists here June 18. “For Iran, [I think that means it needs] to be more proactive on the [issue of the size of its enrichment program]. On sanctions [relief], the [P5+1] have to be more proactive. That is how I see a win-win solution.”

“If both [sides] are proactive. … then it will make it easy to resolve,” Wang said. He described the atmosphere in the talks as “good,” adding, “you can see the intensity” with which the parties are working.

Despite the apparently slow progress in drafting the text, there have also been some encouraging signs from this fifth round of final deal talks that the parties have narrowed some differences or have seen a clearer path to do so. And the tone from negotiators, when they spoke at all, seemed to be cautiously upbeat.

Among them, Iran’s Deputy Foreign Minister Abbas Araghchi, speaking to Iranian journalists June 17, said that Iran recognized that sanctions relief in a final deal will not come all at once after a deal is signed, but step by step, based on actions taken by Iran.

Diplomats were even more tight-lipped than usual as the day proceeded, as behind closed doors at Vienna’s Coburg Palace they held a variety of mostly unannounced meetings in different formats, involving different levels of diplomats, experts and countries. The drafting is thought to be primarily coordinated by the EU Deputy Secretary General Helga Schmid, Araghchi and Iran’s Deputy Foreign Minister for European and American Affairs Majid Ravanchi, who met for a few hours June 18. EU Foreign Policy Chief Catherine Ashton and Zarif were expected to meet the morning of June 19, Ashton’s spokesman Michael Mann said. Talks could end that same night or continue into the next day, diplomats said.

“We want to make some progress before we leave,” one Western diplomat, speaking not for attribution, told Al-Monitor late June 18. “If that means we stay till midnight … we stay till midnight. … We are going to be working every single day until [July 20 to finalize the agreement]." Or beyond, if Iran and world powers determine continued differences require more time to resolve.