AIPAC chooses sides: Picks Bibi over own supporters, US Jews

AIPAC and other Jewish organizations have chosen to fight the Iranian nuclear agreement, even though the majority of American Jews support the agreement and despite the growing damage to Israel-US relations. 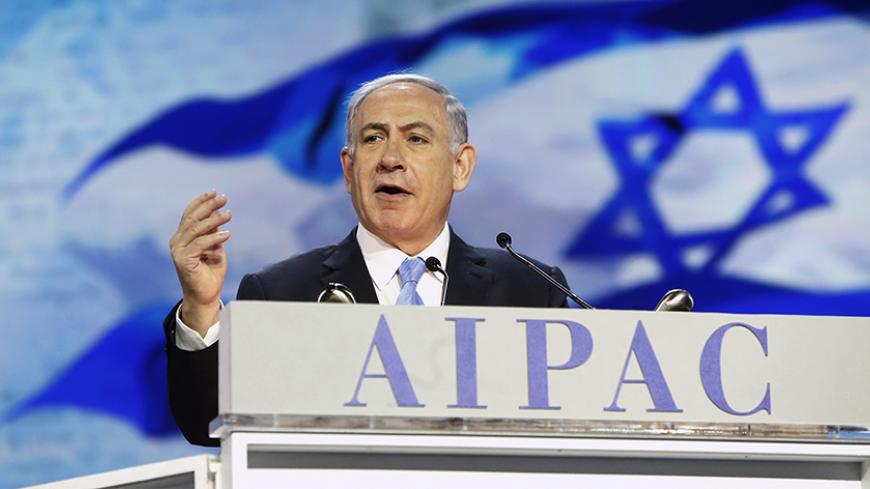 Israeli Prime Minister Benjamin Netanyahu is now at his best. He thrives when he runs political campaigns; he is the master of using scare tactics to elicit public support. His current campaign is geared toward members of the US Congress and Israeli public opinion. He is determined to fight US President Barack Obama on his own political turf, siding with the Republicans, and to be perceived in Israel as the ultimate “defender of the Jewish people.” To him, this is about history, or rather about history books.

Netanyahu has engaged the most effective lobby in Congress — the American Israel Public Affairs Committee (AIPAC) — to pressure all members of Congress, especially the 13 Democratic senators needed to override the eventual veto that Obama will use on a negative congressional vote.

The focus in the “nay” camp is on the struggle, not its consequences. Given that Obama has placed his credibility and legacy on the line, with the support of presidential candidate Hillary Clinton, the Republican-Netanyahu-AIPAC battle is virtually a hopeless cause.

A senior member of AIPAC’s political leadership told Al-Monitor on condition of anonymity, “We have decided to go all out on the issue, despite this being a partisan cause. We cannot stand by when the prime minister of Israel makes defeating the Iran deal his cause celebre. This is the first time in AIPAC’s history that the lobby challenges a US president on such an issue; an issue where the president's political credibility is on the line. Secretly, some of us pray not to succeed in this battle.”

Indeed, AIPAC has galvanized all its troops, urgently calling its constituents to appeal to their respective congressmen, demanding them to oppose the Iran deal. For this purpose, AIPAC followers were offered long and argumentative fact sheets on the alleged flaws of the agreement. These sheets look very much like the talking points of the Republicans in Congress. Tens of millions of dollars have been allocated, and many of the influential AIPAC funders have been called to convince key senators.

It seems that all sides are focused on a fierce political battle. At the same time, apparently not many of those who oppose the agreement for legitimate or political reasons are actually considering the consequences of a Republican-Netanyahu-AIPAC win.

If the deal is defeated, the agreement will still stand with regard to the European, Russian and Chinese decision to gradually remove the sanctions. Their business representatives are already exploring possible deals with Tehran. In the eyes of the world, Iran will be depicted as the more moderate party, while Israel will be perceived as an obstacle to global peace. At the same time, the Iranians might feel less compelled to stick to their side of the bargain (considering that the Europeans seem to be easier to fool). Thus, they might continue secretly to develop nuclear weapons. If this happens, the United States would lose its leading position in the world for a long time to come.

As aforementioned, this Israeli move initiated by Netanyahu and spearheaded by Ron Dermer, the Israeli ambassador to the United States, is conducted in full coordination with AIPAC and the heads of the Republican Party in Congress. But within it lie many dangers both to Israel and to the American Jewish community.

Even before the congressional debate got started, Netanyahu's campaign has already provoked unprecedented and, for the foreseeable future, irreversible damage to US-Israel relations. It has seriously harmed Israel's influence mostly within the Democratic Party and its voters.

On the international level, as Netanyahu continues his campaign, Israel’s power of deterrence will increasingly suffer. The image of its alliance with the Unites States will erode in the eyes of the Arab world and others. This move also hastens Israel's isolation. US Secretary of State John Kerry already warned July 24 on NBC that, should the agreement be rejected, Israel would be blamed. This is tantamount to accusing Israeli policies of potentially endangering world peace. A field day for the Iranians.

By turning the Iran issue into a political battle against Obama, Netanyahu has pushed American Jewry into a corner: They must allegedly choose between an allegiance to their president and loyalty to the Israeli prime minister. The sensitive question of dual loyalty by American Jews may surface again, to the detriment of the community. This is not only Netanyahu’s fault, but also the making of American Jewish community leaders, such as the AIPAC chief and leaders of the US Jewry umbrella body — the Conference of Presidents of Major American Jewish Organizations. The executive vice chairman of the latter, Malcolm Hoenlein, bitterly criticized Obama's policies and the Iran agreement in a radio interview on July 19. These leaders seem to align their concerns with those of the Israeli government before addressing the concerns of their Jewish constituency. Together with Netanyahu, they place Israel and America Jewry on a collision course with Israel's No. 1 ally.