Prime Minister Benjamin Netanyahu underestimated the objection of the pro-Israeli lobbying group AIPAC to his alliance with the radical-right ahead of elections in Israel. 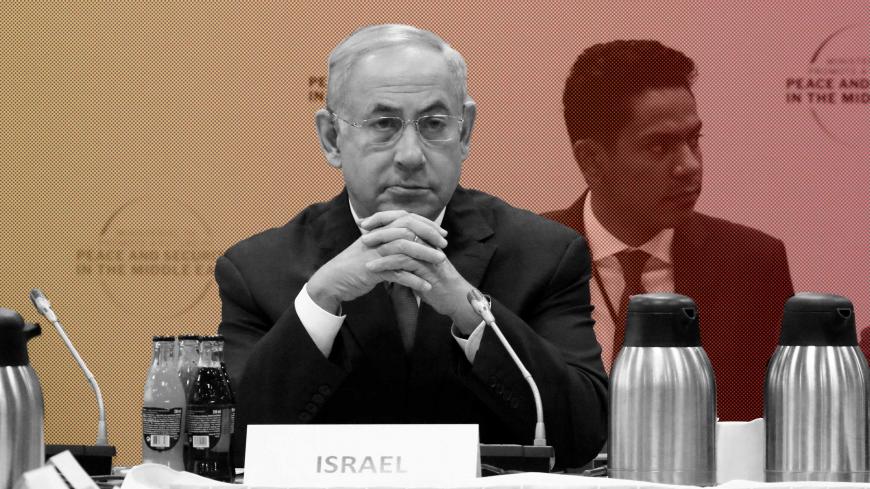 On Feb. 21, the American Israel Public Affairs Committee (AIPAC) issued a laconic statement condemning Otzma Yehudit (Jewish Power), a radical right-wing party. The pro-Israel lobbying group was reacting to the recently announced alliance between Otzma Yehudit and the national religious party HaBayit HaYehudi that has been endorsed by Prime Minister Benjamin Netanyahu ahead of April 9 elections. Netanyahu is hoping that the alliance will save the two parties from missing the vote threshold for entering the Knesset.

Avigdor Liberman, chair of Yisrael Beitenu, described AIPAC's unusual statement as an expression of “genuine alarm.” Liberman, whose party advocates the “voluntary” transfer of Israeli Arabs to other states, knows that the powerful pro-Israel lobbying group in Washington rarely attacks Jewish politicians who espouse Israel’s ethnic cleansing of Arabs. In fact, when Liberman was appointed foreign minister, in 2009 and 2013, AIPAC’s leadership remained mum. When Liberman called on Israelis to boycott Arab businesses in Wadi Ara, the leaders of the Jewish, pro-Evangelist lobby did not utter a word. So what made them deviate from their long-standing official policy of non-intervention in Israeli politics and from their non-official support of Israel’s pro-settlement political right?

The answer appears to lie in AIPAC’s tweet stating that it “has a longstanding policy not to meet with members of this racist and reprehensible party.” That said, however, some of AIPAC’s best friends are racists.

In 2007, AIPAC invited no less a racist than the evangelical preacher John Hagee to address its annual convention. That would be the same John Hagee who suggested in his book “Jerusalem Countdown” that Hitler was sent by God to drive the Jews back to Israel in order to fulfill a biblical prophecy. The Holocaust, Hagee has also opined, occurred because “the Jews rebelled and denied the true God.” Thousands of pro-Israel activists cheered the man who said that “it was the disobedience and rebellion of the Jews” that had led to the Jews’ trials and tribulations over the centuries and that the Jewish Rothschild family was part of a global economic conspiracy.

AIPAC did not break its silence even when Netanyahu recently cooperated with Hungarian Prime Minister Viktor Orban in waging an anti-Semitic campaign of incitement against the Jewish American philanthropist George Soros. The American gambling magnate Sheldon Adelson, philanthropist to Netanyahu and Orban and patron of Israel’s political right, does not appreciate Jews such as Soros who donate to human rights causes advocating minority rights.

Netanyahu knows that what most American Jews think does not matter. What counts is what AIPAC does for presidential and congressional candidates. As long as he has the wealthy, conservative lobby in his pocket, Reform and Conservative Jews can shout until they're blue in the face about his violating promises he made to enable egalitarian prayer at the Western Wall, Judaism’s holiest site.

Netanyahu was too busy with the police investigations against him and a possible indictment for bribery to examine what was happening in the American Jewish arena. He figured that his struggle against anti-Semitism from the left — such as against the Boycott, Divestment and Sanctions (BDS) movement and anti-Zionists — would leave him free to conduct his affair with Hagee and Co., those who convinced President Donald Trump to move the US Embassy from Tel Aviv to Jerusalem last May. The prime minister surmised that inflating the threat from enemies such as Iran and BDS would distract US Jewry’s attention from other issues. It would conceal the threat by Israel’s right to Israeli democracy and human rights from the eyes of American Jews, most of them Democrats.

Even more so, Netanyahu took into account that American Jewish organizations such as the liberal lobbying group J Street would protest his embrace of Otzma Yehudit. In fact, this provided him with an excuse to lash out at the “hypocrisy and double standards by the left,” which he said “acted to bring extreme Islamists into Knesset.” He was ill prepared for AIPAC to “make such a big deal” of the new alliance he cooked up on the right. They know, after all, that the main difference between Otzma Yehudit and Netanyahu’s Likud is more a matter of style than substance.

Neither Otzma Yehudit or Likud recognizes the Palestinians’ right to self-determination. All the parties on the Israeli right aid and abet the theft of Palestinian land. All are silent conspirators in the creeping annexation of the West Bank. All support the racist Nationality Law. All incite hatred against Arab citizens and the political left. Culture Minister Miri Regev of Likud inflamed sentiments against unfortunate African asylum seekers, calling them a “cancer in our body.” Bentzi Gopstein, leader of the far-right Lehava and a head of Otzma Yehudit, incites against Arab cab drivers from East Jerusalem.

All those on the political right share some form of the same ideology and policy, but while Otzma Yehudit blares its filthy rhetoric out loud, the political families of Netanyahu, Bennett and Liberman coat their racism with pretty but hollow words about a “Jewish and democratic” state. A wordsmith like Netanyahu, who prides himself on his deep understanding of the United States, should have kept his distance from a party that proudly carries the banner of hatred for Arabs and the message of Jewish supremacy.

For example, Otzma Yehudit’s platform calls for state-level a bureau to “encourage emigration” of minorities to other countries in order to cleanse Israel of its “enemies.” An American Jewish organization that tolerates a promise by Netanyahu to appoint a politician affiliated with this party as education minister in his next government will be hard pressed to protest a similar deal between Trump and the white supremacists seeking to cleanse the United States of Jews.

Just two weeks before Israel’s April elections, Netanyahu will mount the podium at AIPAC’s annual conference in Washington, March 24-26. The reception that the lobby accords him will indicate whether its reaction to his contamination of the Israeli electoral system was indeed a “genuine alarm,” as Liberman said, or a false alarm.

The thousands of pro-Israel activists on hand to greet him at AIPAC conventions are usually his most ardent supporters. They do not care about the corruption scandals in which he is embroiled. They forgave him for plotting with Congress behind the back of President Barack Obama in a bid to derail the Iran nuclear deal. Netanyahu need only utter the words “Jerusalem is ours for eternity” to elicit a standing ovation from wildly cheering AIPAC members, who will send him back to Israel for the last leg of his election campaign and the assumed formation of a new government with Otzma Yehudit.

If the lobby meets with members of a future Netanyahu government, which will include this racist party, they will have to erase the word “pro-Israel” from its mission statement.