Following Turkey's general elections on June 7, Armenian, Syriac, Yazidi, Roma, Kurdish, and Alevi deputies are entering parliament, for the first time ever or after an extended absence. 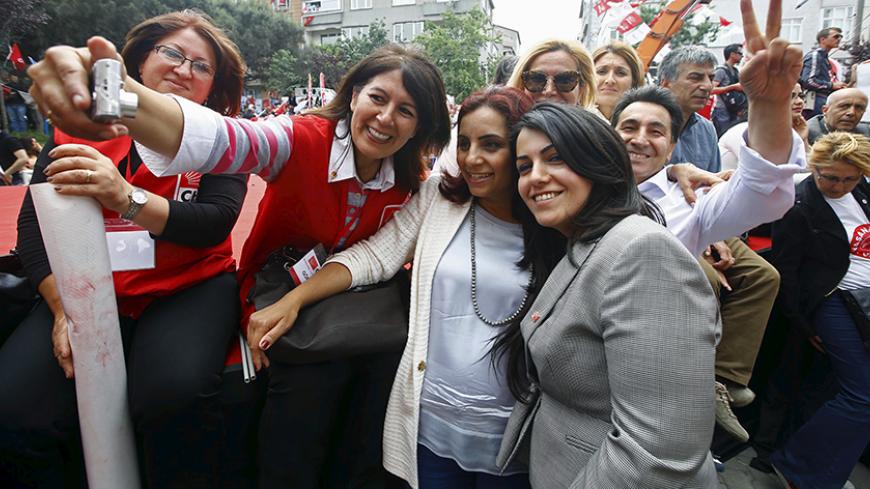 In addition to its unexpected political results, Turkey's general election on June 7 will go down in history as the first election that saw unrepresented non-Muslim citizens enter the parliament as deputies. The election saw six non-Muslim parliamentarians elected.

Non-Muslim deputies are not a first for the Turkish parliament. In 1935, Berc Keresteciyan, the first Armenian deputy, entered the parliament on the list of Kemal Ataturk, the founder of the Republic of Turkey.

Armenians were represented in the parliament from 1935 to 1961, but after the pogroms in Istanbul against non-Muslim minorities on Sept. 6-7, 1955, when non-Muslim citizens were assaulted and their properties looted, and with the eruption of the Cyprus crisis, Armenians were sidelined. Now, 54 years later, three Armenians from three different political parties have entered the parliament.

Selina Ozuzun Dogan, the first Armenian female deputy, is now a representative of the main opposition Republican People’s Party (CHP). Dogan told Al-Monitor that the absence of Armenian deputies for such a long time has been a tragedy for Turkey. Asked what made this election so special, she said, “First, after the murder of journalist Hrant Dink [January 2007] Armenian-related issues were debated more. Armenians began organizing and became more outspoken. More sensitivity was shown to Armenian-related issues. Civil society became more conscious and the public more aware. Second, I think there was a reaction to the discriminatory policies of the AKP [Justice and Development Party] government. Non-Muslims were running on the HDP [Peoples' Democratic Party] and CHP tickets. It is not a coincidence that all this happened in the year of the centenary of the Armenian genocide. I'm happy to be part of this major transformation.”

Asked what she will do as an Armenian deputy, she said, "I focus on the draft bill on hate crimes. It is crucial to combat all forms of discrimination, not only that involving Armenians. We are [also concerned] with the legal status, properties and schools of the Armenian patriarchate. These are all questions rooted in the nonapplication of the legal principle of equitable citizenship. Combating hate crimes is important in order to give life to that principle.”

In addition to Dogan, Garo Paylan, an Armenian activist, entered the parliament as an HDP deputy. Markar Esayan will be representing the AKP.

The Yazidi community will be represented in the parliament for the first time. More than 20,000 Yazidis lived in the Urfa and Mardin area before their numbers dwindled to 400 following the mass emigration after the military coup on Sept. 12, 1980. Most of them settled in Germany. Representatives of the Yazidi and Kurdish communities in the European Parliament, Feleknas Uca and Ali Atalay, have now entered the Turkish parliament as HDP deputies.

Also getting first-time representation in the Turkish parliament are the downtrodden Roma. Ozcan Purcu has become the first Roma deputy; he enters parliament on the CHP ticket. The Roma, also known as Gypsies, in general live in poor neighborhoods, sometimes in tents, and have minimal educational and employment opportunities in Turkey. Purcu himself was born in a tent and had to struggle for survival.

The Syriacs who emigrated en masse from Turkey are again represented; Erol Dora returns to the parliament, representing Syriacs as an HDP deputy.

The ultranationalist Nationalist Action Party (MHP) was the only parliamentary party that did not field any non-Muslims.

The Kurds and Alevis, discriminated against despite being Muslim, are now represented by Ali Kenanoglu, the founder of the Alevi Bektasi Federation, and Turgut Oker, a representative of European Alevis. They have entered the parliament on the HDP ticket.

The pro-Kurdish HDP was the party that won the most seats in Diyarbakir, Tunceli, Igdir, Hakkari, Agri and Sirnak provinces where the Kurds are concentrated.

One of the most controversial issues in Turkey's recent past is the headscarf. The headscarf ban, implemented during the 1980 military coup and more strictly enforced in the late 1990s, resulted in veiled women not being employed in state institutions and not being admitted to university. The end of the headscarf ban that discriminated against veiled women is no doubt one of the most notable achievements of the AKP, and veiled women are now serving in high-level positions at public agencies and they are represented in the parliament.

Merve Kavakci was the first elected veiled deputy in the Turkish parliament. She represented the Islamist Felicity Party in the election of April 1999, but was confronted by protests in the parliament when she appeared with her headscarf. She was prevented from taking the parliamentary oath by then-Prime Minister Bulent Ecevit and his DSP deputies. The ban on the veil for women in public spaces ended in 2013 and veiled women for the first time ran in the elections in 2015.

Today, 19 out of 30 female AKP deputies are veiled. Ravza Kavakci Kan, Merve Kavakci's sister, is now an AKP deputy, and Leyla Sahin, who took the headscarf ban in the universities to the European Court of Human Rights, also enters parliament as an AKP deputy.

The HDP, a secularist party, also has one veiled deputy: Huda Kaya, who struggled for the right to wear the veil and even served a prison sentence for her writings.