Turkey’s top administrative court has canceled provisions that laid the ground for the purge of some 8,000 principals in public schools and their replacement with government partisans. 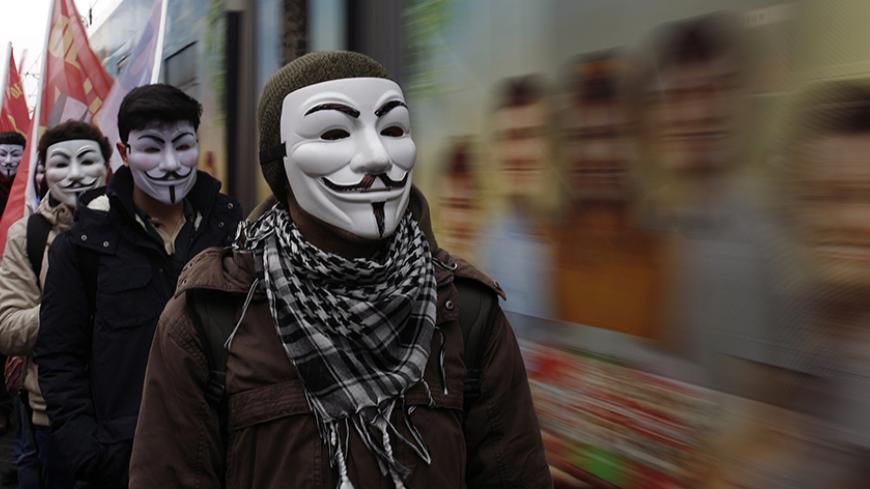 Education has become one of the Turkish government’s main playgrounds. Over the past 13 years, the ruling Justice and Development Party (AKP) has had five education ministers, with the incumbent, Nabi Avci, presiding over arguably the most chaotic era Turks have ever seen in the education system.

Last year, Avci introduced the Transition from Elementary to Secondary Education (TEOG) system, which involves a centralized nationwide exam and is intended to determine which high schools students attend after 8th grade. In the ensuing confusion, many students found themselves at imam-hatip religious schools — which teach the Quran and train Muslim clergy — usually against their wishes. Even the grandson of Turkey’s Chief Rabbi Ishak Haleva landed in an imam-hatip school, which was not even in Istanbul but in a district outside the city. Outraged parents, whose children were placed in schools dozens of miles away from their homes, launched a campaign called "Hands off my child."

With students and parents still reeling from the TEOG chaos, the government this time turned to the private tutoring halls that prepare students for the country’s numerous centralized exams. It passed a law that required all those institutions to either close down or transform themselves into regular private schools. The move was part of the government’s war on the Gulen movement, which dominated the sector.

The legislation included additional provisions that paved the way for a massive purge in the administrations of public schools. Under the law, headmasters and deputy headmasters who had served four or more years lost their posts. Meanwhile, the Education Ministry issued a regulation that set new rules for the appointment of replacements. Former administrators were given the chance to regain their posts on the condition they passed a fresh evaluation. Commissions comprised of education department directors in provincial and district administrations evaluated more than 16,000 people and disqualified half of them. The elimination method was perplexing. While none of the candidates sat for a written exam, they were given “performance scores” though no criteria of accomplishment, skill or experience had been determined.

“The schools have been entrusted to [AKP] partisans,” the Taraf newspaper wrote, stressing that the ministry’s provincial and district department directors who selected the new headmasters were themselves appointed only weeks before under the new law.

The government seemed to have meticulously planned the operation. The new law had served not only to shut the private tutoring halls but also to remove schoolmasters and appoint the department directors who were to select the new ones. The department directors, appointed in June 2014, were deemed competent enough to evaluate the performance of schoolmasters only two months later, in August.

According to Cumhuriyet daily, most schoolmasters who scored over 75 points and were thus able to retain their posts belonged to the Egitim Bir Sen trade union, which is close to the government.

The purge operation, however, hit a snag earlier this month as the Council of State, Turkey’s top administrative court, annulled some of the provisions in the regulation on the appointment of headmasters and their deputies. The court suspended a provision that allowed department directors to weigh in on the appointment of headmasters and scrapped another under which headmasters could appoint their deputies at will, with no definite criteria in place.

The case had been brought before the court by an opposition teachers’ trade union, Turk Egitim-Sen. Its chairman, Ismail Koncuk, hailed the ruling, stressing that it was effectively reversing the purge.

“The department directors who had made the evaluation [of schoolmasters] were individuals with less than six months of experience on the job. The Council of State ruled that those officials lacked the competence to measure the skills of headmasters,” Koncuk told Al-Monitor.

“The court made a ruling also concerning deputy headmasters. The regulation had allowed for appointments without a prior announcement [for candidates] and no measuring system in place. The court canceled this as well on the grounds that no objective criteria existed,” he said.

The regulation, enacted in June 2014, has become null and void, Koncuk added, stressing that 8,403 people should be now reinstated as headmasters within 30 days.

“Though the ministry may try to evade it, the Council of State’s ruling is final. There is no means of appeal and it is binding to everyone. Some 80% of the incumbents are members of Egitim Bir Sen. They got their posts merely through nepotism. No doubt, the ground for nepotism was created by the ministry’s regulations. Those people will now lose their posts. This arbitrary regulation has unfortunately affected not only the 8,000 people in question, but many others, both directly and indirectly,” Koncuk said.

The rights of public employees is an area where the Council of State is particularly vigilant. The court upholds the norms of the rule of law when it makes decisions on the appointment, promotion and retirement rights of public servants. Governments often tend to bend those norms and act arbitrarily. The mass appointments by the Education Ministry, a glaring case in point, were one of the most extensive violations of the law in recent years.

In remarks to Al-Monitor, lawyer Yasar Sevuk, who specializes in public law, drew attention to the impact the disarray in the education system has on Turkish society as a whole.

“The education system has kept changing over the past decade. There must be a reason for that. The AKP, however, is not focused on any idea, which is evident from how often ministers change. With every new minister, the whole system is being changed in a subjective manner with no regard for the public good. And because their methods are not based on any objective rules, officials authorized to make appointments feel free to make decisions at will. And when these decisions are of a mass nature, they become a social problem, and schools begin to dysfunction,” Sevuk said.

He added, “By appointing the wrong person you affect a large populace — the school, the students and their families. And making those appointments while the education system remains the same is damaging to society. There is no academic or legal justification [for the reshuffle]. It is of a completely arbitrary nature. No wonder the Council of State has canceled it."

The Council of State’s ruling paves the way for the return of some 8,000 headmasters, but means trouble for those who had taken over their posts. Appointments create a chain reaction affecting the lives of thousands of people. Ill-judged and high-handed decisions take a toll both on the government and the public. And when thousands of professionals are purged without any consideration of whether the government has adequate cadres to fill the void, the biggest harm is done to the young generations in the schools.