Facebook posts by a number of Palestinian men have been deemed inciteful to violence by the magistrate’s court in Jerusalem, amid public uproar calling the legality of the charges into question. 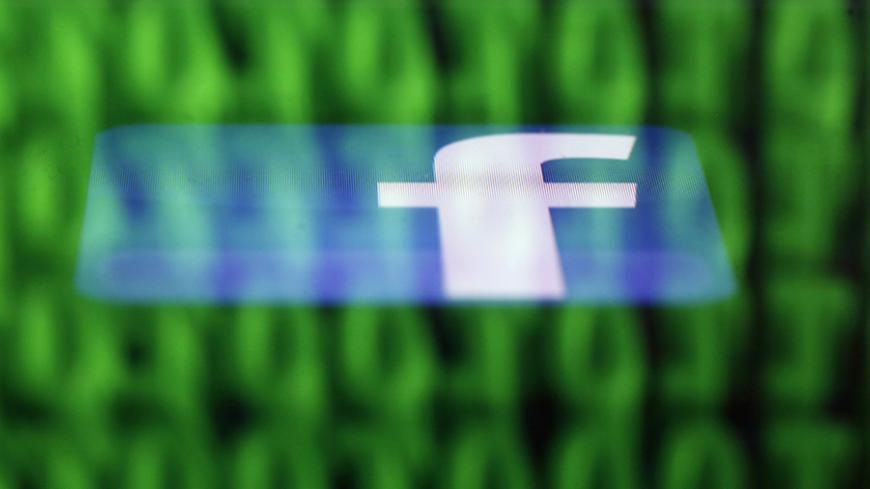 A Facebook logo on an Ipad is reflected among source code on the LCD screen of a computer, in this photo illustration, June 18, 2014. - REUTERS/Dado Ruvic

RAMALLAH, West Bank — The Jerusalemite family of Omar al-Shalabi did not expect the status updates he posted on his Facebook page to lead to his arrest by Israeli authorities. Up until the Jerusalem magistrate’s court announced its verdict, the family also believed he would be released and allowed to return home. On May 12, Shalabi was sentenced to nine months in prison.

Shalabi's brother Mohammed, who is following up on his sibling’s case with a lawyer, told Al-Monitor that the ruling was unexpected given the apparent trivialness of the acts leading to the charges against him. The family had in addition expected Shalabi to be released on bail awaiting trial. He had been arrested Dec. 14 and charged with incitement based on postings to his Facebook page. The posts followed the kidnapping and murder of a young Palestinian man, Mohammed Abu Khdeir, by extremist settlers. Israeli authorities thus feared possible retaliatory attacks against settlers.

Mohammed Shalabi said his brother's postings leading up to his arrest were no different from what he had been posting for quite some time. “The occupation authorities retained Omar’s posts as a pretext to arrest him, because he was an activist in the Fatah movement in Jerusalem,” claimed Mohammed Shalabi.

He said the indictment referenced such updates as, “The occupation will leave the city of Jerusalem, and the city will keep its Jerusalem identity despite the occupation,” and “Jerusalem is for Jerusalemites no matter how long occupation lasts.” There were also statements about the injustices suffered by Jerusalemites. Omar Shalabi deleted the postings under contention upon his brother's arrest, but that did not influence the court’s decision.

Mohammed Shalabi explained that the sentence rendered against his brother, a father of six, did not end there. After Omar's arrest, Israeli authorities dismissed the family unification request his wife had submitted, and instead, demanded that she leave Jerusalem, because she only held a temporary residence permit. Palestinians from Jerusalem must submit applications for family unification if they marry someone from outside Jerusalem. Omar Shalabi’s wife, originally from the West Bank, was seeking to get her request approved so she could live with her husband in Jerusalem.

Mohammed Shalabi continued, “Omar’s case was the first time in the history of the Israeli courts in which a judgment was issued against a Palestinian over a Facebook update.” It seems, however, that Omar Shalabi’s case set a precedent. A few days after the ruling, on May 19, Sami Adeis, from the Shuafat camp, was sentenced to eight months in jail on charges of incitement based on Facebook updates in which he encouraged people to oppose actions taken by Israeli settlers.

Shalabi's lawyer, Mohamad Mahmoud, said that although both his client and Adeis were indicted on the same charge, Shalabi’s sentence was longer because of the high number of likes and followers on his Facebook page. Mohammed Shalabi claimed that the court dealt with his brother as if he were an influential person, considering the posts to have a real impact on Jerusalemite public opinion. Thus, the large number of likes he attracted for each post informed his sentence.

Six other Jerusalemites currently detained for alleged incitement based on Facebook postings are awaiting verdicts: Nasser al-Hidmi, Uday Sinokrot, Tariq al-Kurd, Fouad Ruweidi, Ibrahim Abdeen and Uday Bayoumi. In an interview with Al-Monitor, their lawyers said they expected the sentences to be similar to Omar Shalabi’s.

Mahmoud, who represents two other detainees in addition to Shalabi, said that the charge against them is “incitement by supporting a terrorist organization [Fatah], leading to [inciting] violence by Palestinians against Israelis.” According to him, the evidence submitted for their indictment included photographs posted on Facebook about operations conducted by young Jerusalemites against settlers, Khdeir, weapons, parades by the Izz ad-Din al-Qassam Brigades, Islamic Jihad and the Popular Front for the Liberation of Palestine and the recent war against Gaza.

“This detention is absolutely unlawful. Nothing in Israeli law criminalizes posting to social media,” Mahmoud told Al-Monitor. “The Israeli prosecution and the court invoked the pretext of incitement to violence to subject the charges to the incitement law, and they considered that the comments were published during a sensitive period.”

He further stated, “Even if there was evidence, there was no reason for the arrest. The legal procedure commonly applied is to order the concerned party to refrain from posting [similar] comments or just to take down whatever the publications. What is happening is that Israel is insisting on the arrest based on a 1977 Israeli penal law governing incitement on a nationalistic basis, whereby a sentence can be up to five years of actual imprisonment.”

Ziad Hamouri, director of the Jerusalem Center for Social and Economic Rights, called it an unprecedented judgment in a country promoting itself as a democratic state guaranteeing freedom of opinion and expression. Hamouri told Al-Monitor, “The judgment rendered against Jerusalemites on these counts is the first of its kind. A legal debate was stirred even within the Israeli courts on the legality of the said judgment, especially in light of the lack of a legal text in all of Israeli law criminalizing expressing [oneself] on Facebook.”

He also said, “These judgments fall within the scope of an obvious Israeli policy to oppress Jerusalemites in Jerusalem, which in the recent period affects all aspects of their lives. These judgments are followed by other procedures against Jerusalemites and their families.” Hamouri continued, “In the event any Jerusalemite is arrested, and even if they are released after a few hours, their name will be included on the blacklist, preventing them from filling official positions, denying them family reunion processes and other facilitation of official formalities.”

Hamouri denounced the international silence toward the continued abuses against Jerusalemites by Israel. “These arrests are a flagrant violation of human rights and freedom of thought, and the international community priding itself on a democracy and human rights defense must prevent these trials and exert pressure on Israel,” he said.