Fall of the Israeli Foreign Ministry

The traditional roles of the ministry — namely building bridges of common interests with the international community or engaging in a viable Middle East peace process — have evaporated with Israel's most right-wing government. 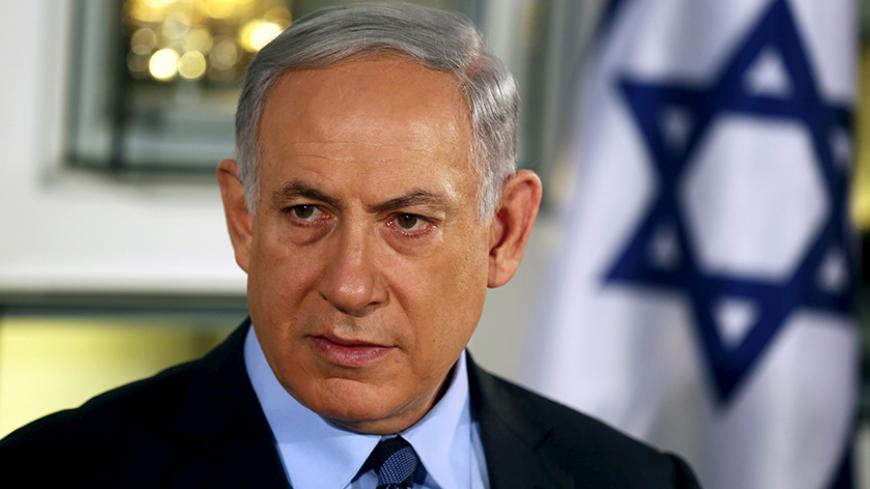 Israeli Prime Minister Benjamin Netanyahu holds a meeting of his new Cabinet, in honor of Jerusalem Day, at the Israeli Museum in Jerusalem, May 19, 2015. - REUTERS/Atef Safadi/Pool

Former US Secretary of State Henry Kissinger once described Israeli foreign policy as the direct extrapolation of Israeli domestic policies. This description has never been as accurate as it is these days. No definition of diplomacy could even propose that Israel today has either a foreign policy or a foreign ministry to speak of. Prime Minister Benjamin Netanyahu has turned both policy and ministry into instruments of public relations at the service of a right-wing ideology. The traditional roles of the ministry, namely building bridges of common interests with the international community or engaging in a viable Middle East peace process, have evaporated with Israel's most right-wing government. This is clearly evident with the nominations Netanyahu has made in the foreign policy field.

He did not appoint a foreign minister, even though he could have appointed a relatively pragmatic Likud minister such as Gilad Erdan or Tzachi Hanegbi. Instead, he appointed Tzipi Hotovely as deputy foreign minister; Netanyahu named himself foreign minister. The new deputy foreign minister is, by proud self-admission, in favor of the annexation of great parts of the West Bank. On her first day on the job, she announced to the entire Foreign Ministry staff that Israel has the right to all the land of Israel "from the [Mediterranean] Sea to the [Jordan] River."

The prime minister replaced the director general of the ministry, professional diplomat Nissim Ben Shitrit, with Netanyahu crony and former diplomatic adviser Dore Gold, who has for many years been "his master's voice." Possibly the most significant element in filling foreign affairs positions was not appointing a new Israeli ambassador to Washington. The ambassador, Ron Dermer, is considered by the Barack Obama administration to be an ally of the Republicans in Congress; he is said to have orchestrated, together with House Speaker John Boehner, the invitation for Netanyahu to speak out against Obama's Iran policies before the two Houses of Congress on March 3. The prime minister did not heed the advice of many of his Jewish friends in the United States to replace Dermer with a more acceptable candidate. The foreign affairs troika — Hotovely, Gold and Dermer — will have as their main task explaining what the government's most important policy regarding the Palestinian issue will be: the expansion of settlements and settlement construction.

A senior diplomat in the Foreign Ministry, who spoke to Al-Monitor on condition of anonymity, said that there was an unprecedented demoralization of the department: "We feel that the Foreign Service has not only become an orphan in this government, but that it is now void of content and clout on key issues, even though the ministry could have obtained important assets for Israel." He described how the prime minister's office monopolizes the Israel-US relationship and ties with Washington, which includes not only the White House but all wings of the State Department, Congress, the connection with US public opinion and even the all-important Jewish community and lobby. In addition, economic relations with the European Union — Israel's main trading partner — are severely damaged by the settlement policy of the government. Recent messages from the new deputy foreign minister to European ambassadors in Israel only worsened the situation.

The Israeli embassies in Cairo and Amman feel under siege, given the stalemate on Palestinian statehood. Furthermore, the senior diplomat complained that the minister-less ministry has now been "robbed" by other ministers, whom Netanyahu handed part of the foreign minister's tasks; these include Interior Minister Silvan Shalom (US dialogue and Palestinian negotiations) and Gilad Erdan, minister of public security and of strategic affairs (Iran, strategic threats and public relations), etc.

This is indeed a sad time for Israel's foreign policy and ministry. The ministry has always suffered from an inferiority complex vis-a-vis the defense establishment, but it has also played an important role in connecting the better sides of Israel to the international community: Trade agreements, cultural cooperation, joint research and development agreements, academic and youth exchanges, internal cooperation and assistance to the developing world, and ties to the Jewish communities were coordinated and championed by the Foreign Ministry. All these relationships and assets were possible when Israel had a credible peace policy and when it could express its vibrant democracy to the world.

This is definitely not the case today. The gradual decay of the Foreign Ministry is not only a result of Netanyahu's appointments, but more so of Netanyahu's policies. A real peace policy is in the prime interest and role of the Foreign Ministry. It is actually, or rather should be, the "Ministry of Peace," as the Ministry of Defense is working mainly to prepare for war. Historically, the Israeli Foreign Ministry played a leading role in Israel's peace initiatives. This was most evident in two cases: under Moshe Dayan vis-a-vis Egypt in the late 1970s and under Shimon Peres vis-a-vis the Palestinians in the mid-1990s.

Without a real peace policy, but with the public positions of the government in favor of settlement expansion, and with all senior diplomatic leadership positions taken by extreme right-wing politicians, Israel is losing its respected place among the family of nations. It will now become even more isolated and, instead of peace negotiations, it will have to tackle threats of boycotts and isolation in international organizations. Netanyahu, Hotovely and Gold can try to explain the government's positions around the clock, but they are bound to fail, as their positions fall far from today's consensus in the international community. It is not about the 1967 lines — it is about the fundamental values of a post-colonial Western world that adheres to democracy and the respect of human rights, thus rejecting the occupation.

Netanyahu can stop this dangerous deterioration in Israel's place among the family of nations by forming a real national unity government based on new peace policies and in parity with the Zionist Camp, including appointing Zionist Camp leader Isaac Herzog as foreign minister. For now, however, this is not on the prime minister's mind.