Is Israel isolating itself?

Israel is too focused on promoting its struggle against the Arab world to formulate a foreign policy toward peace and regional integration. 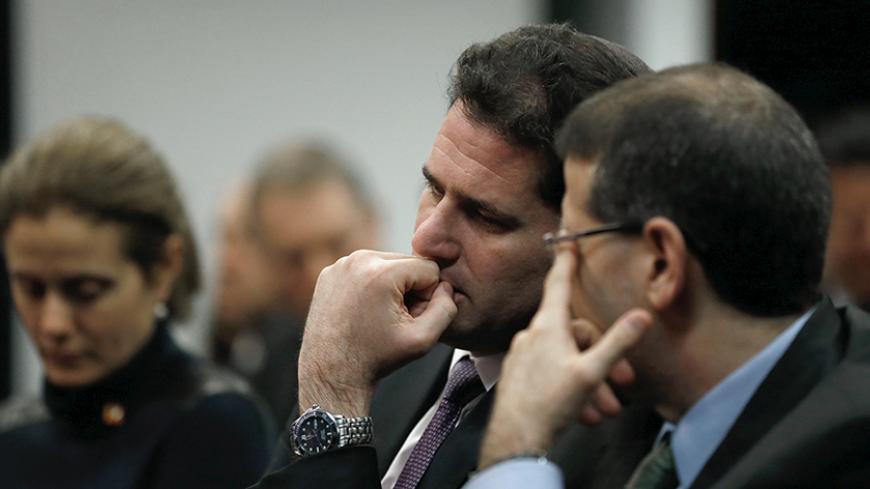 Israel's Ambassador to the US Ron Dermer (2nd R) attends a forum with Israeli Prime Minister Benjamin Netanyahu (not pictured) hosted by the Center for American Progress in Washington, Nov. 10, 2015. - REUTERS/Jonathan Ernst

Former US Secretary of State Henry Kissinger’s famous aphorism that “Israel has no foreign policy, only domestic policy” is even truer today than in 1975 during his Middle East shuttle diplomacy. Traditionally, Israeli foreign policy, with the exception of its relationship with the United States, focuses on convincing the world of its righteousness in its struggle against the Arab world. Most often, it is composed of public diplomacy campaigns rather than being defined by common interests shared with other states, even hostile ones.

While this has been the case for many years, these tendencies were often and currently are exacerbated by two fundamental factors. The first is the fragile nature of most Israeli coalition governments. This fragility makes the leading party dependent on small splinter parties, mostly the religious ones, thus not allowing the prime ministers much room to maneuver on foreign policy.

The second element is the lack of any initiated peace policy. Almost all Israeli governments were basically reactive vis-a-vis Arab and international policies, rather than taking the initiative on peace with Israel’s neighbors. The Rabin-Peres government of 1993-1996 is a notable exception. The combination of a propagandistic obsession, surrendering to small religious parties and the lack of peace initiatives have indeed robbed most Israeli governments of any credible or effective foreign policy.

The situation is even worse today. The Netanyahu government has engendered probably the greatest international isolation of Israel ever. Relations with the US administration are at an all-time low, especially after Prime Minister Benjamin Netanyahu's lost battle against President Barack Obama’s Iran policy. The European Union is more critical than ever of Israeli policies, especially those regarding settlement expansion. The labeling of goods imported from settlements is now coming into effect in EU countries and boycotts of Israel are debated in many European capitals, mostly within the academic world.

At the United Nations, Israel finds itself in not-so-splendid isolation, with only the United States and a very few Asian and African states voting in its favor. The government, and especially the prime minister, describes this global criticism as a double standard motivated by pro-Arab, if not anti-Semitic, considerations.

These kinds of myths in which “the whole world is against us” derives from a fortress mentality by the government, a belief that there is an inherent anti-Israeli or anti-Semitic component in the policies of most of the world’s governments, even the friendliest ones. This worldview does not lead, by definition, to the development of a foreign policy, as the unfair treatment of Israel is viewed as permanently ingrained in the non-Jewish world. A ghetto mentality is not productive to formulating a foreign policy.

On occasions when the government was obliged to make foreign policy decisions, such as during the Kerry Initiative and Iran deal negotiations, it was able to hide behind its inflexible right-wing ideology. Either that, or to blame the even-more right-wing HaBayit HaYehudi party of Naftali Bennett and need to pacify it for coalition stability.

A senior diplomatic source in the Israeli foreign service told Al-Monitor on condition of anonymity that there is an air of great concern, if not panic, among many of Israel’s ambassadors regarding the bilateral relations with some of Israel’s best friends in the world. He complained, “All we can get from our political superiors [Netanyahu, who holds the Foreign Ministry portfolio, and Deputy Foreign Minister Tzipi Hotovely] are guidelines for arguments positioning us as victims of an Islamic State-like attack on Israel, while most governments perceive us as the aggressor due to the occupation. Israel is in need of a real foreign policy based on the definition of common interests with the countries that have a stake in Middle Eastern stability and security.''

At the core of such a policy, there needs to be a peace policy. If the Defense Ministry's role is to prepare for the next war, the role of the Foreign Ministry is to prevent it and prepare for the next peace. Israel’s policy, while defending its national security interests, must equally reflect a basic harmony with the core values prevalent in today’s international community, especially in the West. It pertains to the wish of establishing international coalitions through collective diplomacy, the joint struggle against international terror, aspirations for regional cooperation, respect for human rights and the rejection of colonialism in any form.

Hence, such an Israeli peace policy must incorporate protecting its own security with the international consensus on the Palestinian issue.

A policy of that sort should be closely coordinated in concrete details with the US administration at the highest levels and take into consideration US regional interests. In parallel, it must lead to an ongoing dialogue with EU countries in order to reap the economic fruits the union has to offer.

Such a policy change is urgent, so that Israel does not find itself in dangerous isolation. It requires a change in the composition of the government toward national unity with a full-time pragmatic and engaged foreign minister.