Deputy Foreign Minister Tzipi Hotovely is practically ignored by the international community as Israel's Foreign Ministry keeps losing responsibilities to other ministries and its budget is slashed. 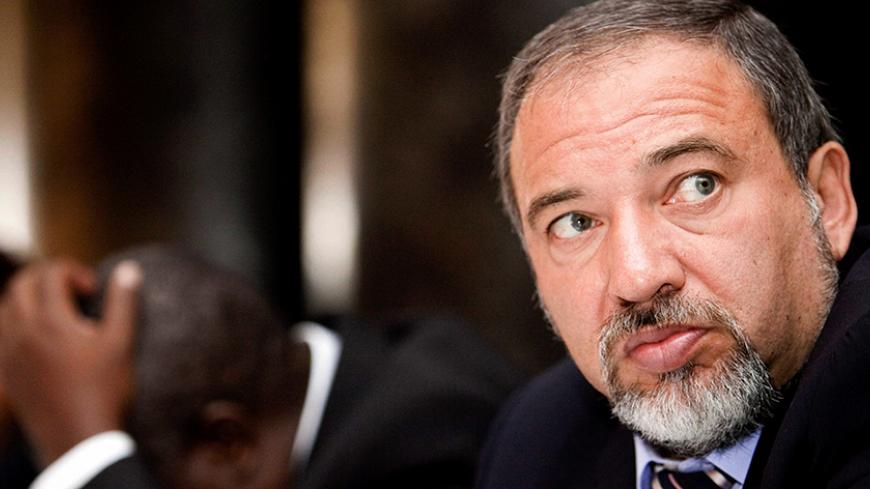 The Knesset’s Foreign Affairs and Defense Committee convened Aug. 10 at the request of Knesset member and former Foreign Minister Avigdor Liberman to discuss the current state of the Foreign Ministry. “There is no need to expand on the pogrom that the prime minister has been waging against the Foreign Ministry for the past few months,” Liberman said last week, lashing out against Prime Minister Benjamin Netanyahu, who has officially filled the role of foreign minister since the last election.

In media interviews and on social networks, the former foreign minister went into great detail about how the plan to shut down seven Israeli diplomatic missions around the world, including three — Philadelphia, Atlanta and San Francisco — in the United States, will be more than just detrimental to the ministry’s staff. It will also damage Israel's national security. Liberman also warned that Israel was left vulnerable in the international arena right before two decisive diplomatic battles this September: the International Atomic Energy Agency’s vote, sponsored by Egypt and other Arab states, to impose supervision on Israel’s nuclear facilities and the annual meeting of the UN General Assembly, where a number of anti-Israel proposals are expected to be raised.

Liberman has a valid point. Israel is shuttering consulates in the United States while the two countries are facing a relationship crisis and there is a marked decline in American Jewish support for Israel. This is the time to bolster our representation in North America, not to cut it.

The chairman of Yisrael Beitenu made the decision to stay out of the government, leaving Netanyahu with a narrow and very fragile coalition of 61 Knesset members. Ever since then, he has waged a relentless campaign against the prime minister. In fact, it seems that in the last few months, he has made a point of launching at least one focused attack on Netanyahu per week, on a variety of subjects. This time his focus is the Foreign Ministry, which everyone agrees is in the worst state since its establishment. On the other hand, his taking up the cause of the Israeli Foreign Ministry requires a big dose of cynical irony on his part. After all, it was during his tenure that the Foreign Ministry began its decline. Liberman served as foreign minister for almost 6½ years, from early 2009 to May 2015 (interrupted for most of 2013 by a legal tangle in which he was acquitted).

This time, Liberman’s attack targeted more than just Netanyahu. He also fired an especially toxic arrow at Deputy Foreign Minister Tzipi Hotovely. “I feel sorry for Tzipi Hotovely. You can’t take every leper seriously,” he said, openly mocking her during an interview with Israeli Army Radio. His response to Hotovely’s claim that he was responsible for the current state of the ministry was tinged with bitter facts. Crass insults aside, the truth of the matter is that the deputy minister really does have little say on what happens in the ministry. She is little more than a marionette in the service of the prime minister.

The person who actually controls the Foreign Ministry is the prime minister himself, through his close confidant, the ministry’s Director General Dore Gold. One of Netanyahu’s first moves in the ministry was to remove previous Director General Nissim Ben Shitrit, a Liberman appointee, and to replace him with Gold. Hotovely was in no way involved in the decision. In fact, she was informed of it just before Netanyahu released a statement to the press. Similarly, the appointment, just a few days ago, of former head of the settlement umbrella organization Judea and Samaria Council Danny Dayan as Israel’s ambassador to Brazil was exclusively Netanyahu’s decision. The fact is that Netanyahu is in the best possible position, at least as far as he is concerned. He runs the Foreign Ministry by remote control and with no interference through a confidante who shares his right-wing positions and does not believe in the diplomatic process.

Hotovely is forced to make do with meeting foreign ministers visiting Israel and managing a very public campaign against the various movements to boycott Israel.

Last month, the deputy foreign minister announced that she planned to instruct the Foreign Ministry to take action against the funding of left-leaning Israeli nonprofits by European governments. She expressed similar positions in meetings with the Dutch ambassador to Israel and with members of the European Parliament, warning that if the European countries do not agree to joint oversight of the funding they provide to leftist non-profits, the Israeli government will initiate legislation of its own on the issue. Late last month, during an interview for a BBC report about the boycott, divestment and sanctions (BDS) movement, Hotovely said, among other things, that the BDS movement does not care about a Palestinian state. All that it cares about is denying Israel’s right to exist as a Jewish and democratic state, she said.

Hotovely avoids saying anything about renewing negotiations between Israel and the Palestinians, out of concern that she might say something that would embarrass Netanyahu. Officially, Israel continues to support a two-state solution, but Hotovely does not believe in it. She aligns herself with the radical right flank of the Likud. When asked, upon assuming the job, about her position regarding the diplomatic process, she avoided giving a clear answer, simply stating that there was no such process at the current time. On other occasions, she simply referred the questioners to Interior Minister Silvan Shalom, who holds the Cabinet responsibility for negotiations with the Palestinians.

Hotovely said that before she was appointed to the position, Netanyahu promised her that there would be no minister above her, and that he would grant her authority in various areas. In an interview with Makor Rishon, Hotovely claimed that the prime minister told her he would be too busy running the country, so he expected her to take all the authority of the foreign minister. “I consider myself to be the acting foreign minister,” she said.

A senior official at the Foreign Ministry told ​Al-Monitor on condition of anonymity that Hotovely is making an effort to learn the job and that she avoids making gratuitous statements that could cause Israel problems. Nevertheless, according to that same source, her limited status as deputy minister detracts from her ability to represent the ministry within both the Israeli political system and the international arena. “Her English is good, but she sounds provincial, as if she lacks status. It is well known that she is not close to the prime minister, and that the real decision-maker in the ministry is Dore Gold. She does not even have the authority to appoint ambassadors. The only reason she was put there was because Netanyahu needed to find her a job, and that’s exactly how it looks, too.”

But Hotovely’s appointment is not the central problem of Israel’s foreign service; it is only a symptom of the terminal state the ministry has reached, even now, a time of emergency in the diplomatic arena. The Foreign Ministry’s responsibilities have been relegated to other ministries, there is no full-time minister at its helm, its budgets are being slashed and its staff is waging a bitter fight over salaries and benefits. While all of this began during Liberman’s tenure, the situation is considerably worse now. And the person responsible for this decline is the prime minister.