Israel, Hamas need each other

Elements within the Israeli security establishment propose to negotiate with Hamas and enable Gaza to benefit from Israeli distillation facilities, electricity services and employment opportunities, while assuring Israel a certain degree of calm. 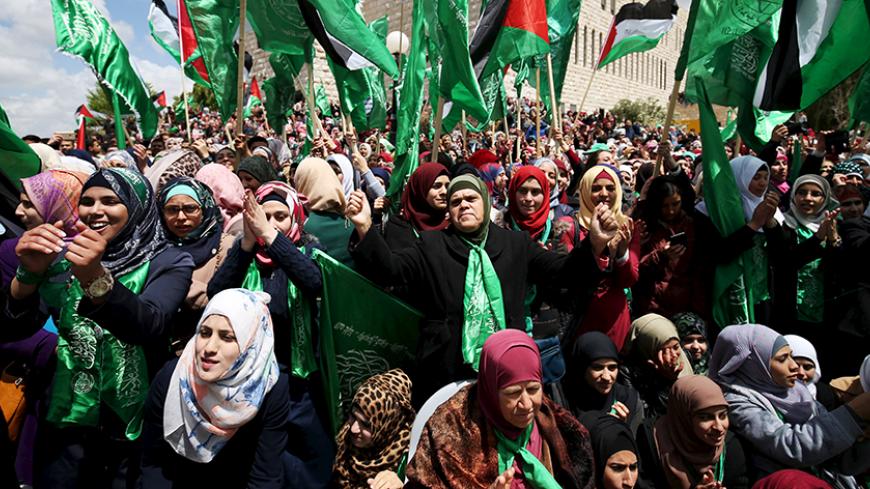 And meanwhile, Gaza: The truth is, few people take an interest in Gaza anymore. While the Gaza Strip had attracted much world attention during and after the Protective Edge campaign last summer, it has now been pushed to the sidelines. According to data from the Israel Defense Forces (IDF), the index of world interest in Gaza has declined to a historic low. Now that the Gaza Strip isn’t burning, it has stopped being a topic of interest. Instead, the world is focused on the nuclear negotiations with Iran, in the wars in Syria, Lebanon and Iraq, in the wild expansion of the Islamic State (IS) and perhaps also in the events unfolding in Yemen and Libya. Gaza has been forgotten.

That doesn’t mean that dramatic changes aren’t happening on the Gaza front. Not long ago, Israel’s President Reuven Rivlin, a member of the ideological right, was asked his opinion on whether Israel ought to conduct negotiations with Hamas. Rivlin answered, “I'm not opposed to talking with anyone who is willing to talk.” Under normal circumstances, this would be a dramatic statement. But in the current climate, when public attention is focused on other fronts, this declaration almost went under the radar.

Behind that statement looms a large diplomatic-security drama. First, it’s important to note that Israel and Hamas conduct an extended and multi-faceted, but indirect, communication channel via Qatar. Yes, the same Qatar whose mediation offer was scornfully rejected by Israel in the early stages of the Protective Edge campaign, in favor of Egypt. Yes, the same Egypt that now does not want to hear about Gaza. But that is just the beginning.

Another entity that mediates between Israel and Hamas is the United Nations. Until recently, this role was filled by Special Envoy for the Middle East Peace Process Robert Serry. These mediation activities continue now as well, through Maj. Gen. Yoav "Poli" Mordechai, the coordinator of government activities in the territories.

The following examples also testify to the very strange nature of the relations between Israel and Hamas: It is a fact that Israel permitted German Foreign Minister Frank-Walter Steinmeier to enter Gaza June 1 to explore the area, when Israel had always previously categorically rejected the demands of Western diplomats to enter Gaza. It is also a fact that when a senior officer in the Southern Command talked to the residents of the Gaza envelope, he said that Israel knows how to “work with” Hamas and is interested in having an organized address in Gaza. Finally, every time there are sporadic rocket attacks from the Gaza Strip into Israel, IDF Chief of Staff Moshe "Bogie" Ya’alon and his spokespeople hurry to explain that these are not from Hamas but from “rogue organizations,” etc.

A lively debate is now underway in Israel’s diplomatic system around what to do with Hamas and whether direct, open negotiations should begin in spite of Israel and most of the Western world defining Hamas as a terrorist organization, with all that implies. The IDF is in favor of negotiations. Yes, according to the military, Israel’s national interests require that it open up channels of negotiation with Hamas and even come to understandings not quite reaching a peace agreement, but more developed and detailed than a truce.

Here is the reasoning behind this startling rationale: Hamas has come to understand, according to Israeli intelligence analyses, that its struggle against Israel is futile at this stage. Six years and three rounds of fighting have not improved the situation of the Gaza Strip. The contrary is true. Thousands of homes were destroyed, thousands of people were killed, tens of thousands wounded, its economy is in shambles, its outlook for the future is poor and the world is apathetic. Even the blockade is still in effect, although construction materials and equipment to rebuild Gaza now enter relatively easily. Maybe the time has come to change direction.

There’s more: Egyptian President Abdel Fattah al-Sisi has made a strategic decision to quickly and aggressively disengage from the Gaza Strip. He is sending Gaza to hell and refuses to touch it with a 10-foot pole. Sisi loathes Hamas, and leveled a wide strip of Egypt's Rafah to create a separation between it and the Gaza side. He blocked up thousands of tunnels, halted the smuggling and is conducting an all-out war against the terrorists, Hamas agents and IS in Sinai. Sisi doesn’t want to hear about Gaza. So the only thing left for Gaza is Israel.

There are those in Israel who are willing to rise to this strange challenge. “Let us take a moment to analyze their prospects,” a senior Israeli officer well versed in the Gaza scene told Al-Monitor on condition of anonymity. “In another six to seven years, not a drop of water will remain in the Strip. They are drying out. The aquifer on which they live has become salty. They currently have four to five hours of electricity a day, a situation that may soon see slight improvement. Unemployment is assessed at about 44%. Last week, the [UN Relief and Rehabilitation Administration] publicized 200 teaching positions in the Strip. Do you know how many people offered their candidacy? Twenty-seven thousand. The Gazans have lost all hope.”

Israel has exactly what Gaza needs. The source said, “Twenty-five kilometers [15 miles] north of Gaza is a seawater desalination facility, one of the largest in the world. We could, with the snap of our fingers, solve the water problem in the Gaza Strip. We could rebuild their electrical system. If the situation changes, we could help them with their unemployment problem. There is potential here that both sides recognize.”

Now we get to the weak link in this conception: The state of mind described here apparently typifies the Gaza population and also prevails among the diplomatic leadership of Hamas, inside and out. But the military wing is another story. It still believes that Israel only understands strength. This internal conflict between the diplomatic and military wings within Hamas can sometimes yield very strange results. Israel keeps close tabs on the Hamas issue but also copes with the domestic-Israeli side of the coin because here, too, opinions are still divided, despite Rivlin joining those in favor of direct negotiations with Hamas. We have to remember what happened only six years ago: At the conclusion of the Cast Lead campaign, Prime Minister Benjamin Netanyahu stood on the outskirts of Gaza and publicly stated that when he rose to power, he would topple the Hamas regime in the Gaza Strip once and for all.

The forbidden relationship between Israel and Hamas is taking place deep underground, while aboveground it’s business as usual. A few days ago on May 26, the quiet was disrupted: A rocket was fired from the Gaza Strip and landed on an open field in southern Israel. On June 3, another two rockets also landed without causing damage or inflicting casualties.

The real damage from rocket fire is on the public at large. The million Israeli civilians who live in the south hoped to enjoy peace and quiet after Operation Protective Edge and to not have to conduct their lives in constant worry over air raid sirens and sprints to the shelters. Now we get the impression that they are starting to adjust to this reality. Several times this week, Ya’alon declared that Israel “will not allow sporadic rocket fire from Gaza to resume” nor this situation to continue. But statements are one thing, and reality is another. In the two most recent incidents, the air force attacked what it labeled as “terror infrastructure” targets in the Gaza Strip. But within Israel, these assaults were dubbed “real estate attacks” because they had no effect and no deterrence value.

The rockets were fired from Gaza by “rogue groups,” mainly Salafists associated with IS who are challenging Hamas rule in Gaza. This puts Israel in a dilemma common to the Middle East, placing the responsibility on Hamas because it has no alternative. Hamas is the sovereign entity in the Gaza Strip. On the other hand, Israel is not interested in toppling Hamas because in its absence, IS might take control. Therefore, Israel has no real defense against the sporadic rocket fire beyond its recurrent threats against Hamas. And Hamas needs no reminders, because the organization is painfully aware of its unstable position in Gaza and the creeping expansion of the extremists.

As strange as it seems, Hamas is becoming Israel’s ally in Gaza. “What we need in Gaza,” said a senior officer this week in a briefing to the Israeli media, “is a clear-cut address.” This address, at least for the time being, is Hamas. While this is a problematic, unruly, violent and unpredictable entity, all the parties are well aware that any change of address will make the situation even worse.