The high price paid by Gaza residents over the IDF operation will not erode their support of Hamas and only a diplomatic solution will dissuade them from pinning their hopes on violent resistance. 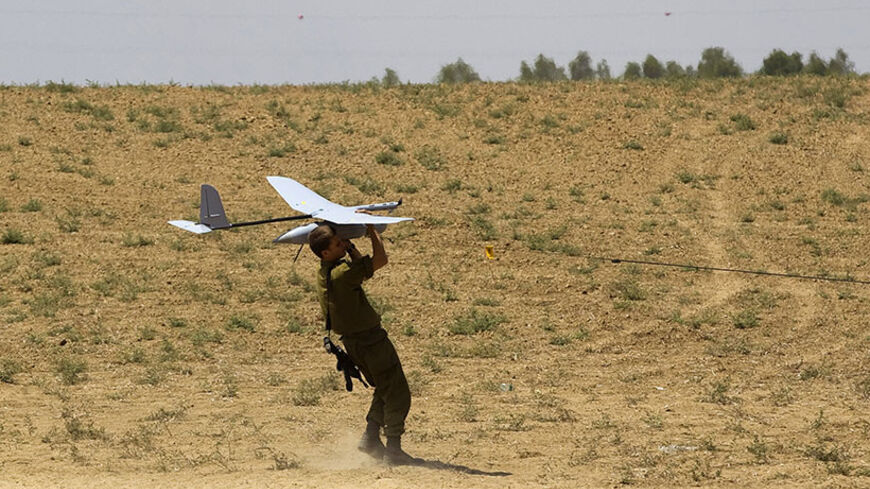 Even now, as an extensive Israel Defense Forces (IDF) operation is bombing the Hamas tunnels in the Gaza Strip, one could risk concluding that Operation Protective Edge will not go down in the history books as one of Israel’s strategic achievements.

This assessment is based on a gauge developed by none other than Minister of Defense Moshe Ya’alon. As the chief of staff during the second intifada, Ya’alon coined the term “etched in their consciousness.” In an interview with Ari Shavit, which appeared in Haaretz in August 2002, Ya’alon described the main objective in the conflict with the Palestinians as “the very deep internalization by the Palestinians that terrorism and violence will not defeat us, will not make us fold.” If, he continued, that is not etched into the Palestinian consciousness by the end of that conflict, “we will have a strategic problem with an existential threat to Israel.” In his opinion, Israel had not faced a more important confrontation “since the War of Independence.”

To properly evaluate the chance that Operation Protective Edge has in meeting this special challenge, it is worth examining the achievements of earlier military operations and seeing what they were able to “etch” into the consciousness. Operation Defensive Shield in the West Bank in March 2002 did, in fact, contribute to a dramatic drop in local Palestinian involvement in acts of violence against Israel. But the Hamas victory in the elections to the Palestinian Legislative Assembly in January 2006 shows that the mark that Israel's strong hand etched on the Palestinian consciousness was superficial, if it even existed at all. The massive attack on the Gaza Strip during Operation Cast Lead (2008-2009) left 1,300 Palestinians dead, half of them innocent civilians, as well as over 5,000 wounded and tens of thousands homeless. Nevertheless, it failed to put a stop to rocket attacks on Israel. Four years later, after endless rocket fire, the IDF needed to engage in yet another round of “consciousness etching.” Operation Pillar of Defense in November 2012 claimed 169 victims' lives, including 68 helpless civilians: men, women and children.

Based on Ya’alon’s approach, the heavy price that the Palestinians paid and continue to pay should have eroded their support for Hamas, an organization that intentionally provokes Israel and brings calamity on them. However, a survey conducted by the Hebrew University's Harry S. Truman Institute in collaboration with the Palestinian Center for Policy and Survey Research (with support of the Ford Foundation and Konrad Adenauer Stiftung) just a few days after the operation ended, found that 80% of Palestinians considered the conflict to be a victory for Hamas. Some 60% of the respondents said they prefer Hamas' approach over the approach taken by Palestinian President Mahmoud Abbas to end the Israeli occupation and bring about the establishment of a Palestinian state. Furthermore, the survey found that if elections would have been held then, Hamas Prime Minister Ismail Haniyeh would have been elected president of the Palestinian Authority, and Hamas would have won the elections to the Legislative Assembly.

Some 56% of the respondents said they were pleased with Haniyeh’s government, as opposed to just 35% who said they were happy with it on the eve of the operation. The survey also showed an increase of 11% from the previous year in support for an armed intifada and terrorist attacks as the best way to get Israel to withdraw from the occupied territories and a 7% drop in the number of people who supported nonviolent resistance. The survey was conducted among a representative sampling of the Palestinian population in the West Bank, Gaza Strip and East Jerusalem.

Anyone who followed the Palestinian media and Arab TV should not be surprised by these findings. What image of Israel is etched in the consciousness of a Palestinian child who witnessed an infant being pulled from under the rubble of a home strafed by an Israeli jet? How should he know that Israelis are fortunate to have the Iron Dome air defense system to protect an endless number of babies from Hamas rockets? What does a resident of Hebron think about Abbas and his Israeli “partner” in reaching a two-state solution after reading my colleague Daoud Kuttab’s article of July 18? In it, Kuttab lists the tragic incidents in which children in Gaza were harmed, to counter Israel’s position that it is waging a war against a terrorist organization. Does he not know that Hamas calls openly for the murder of women and children? Does he really believe that Israeli pilots aim their missiles at innocent civilians? Has he not read UNRWA’s condemnation of Hamas for hiding rockets in one of the organization’s schools?

Articles like this portray the average Israeli as a bloodthirsty military man, whose main purpose in life is to make the lives of the Palestinians miserable. Contributing to this perception on both sides are Israeli journalists, headed by Channel 2’s military correspondent Roni Daniel and other senior commentators. So, for example, on that same day, Dan Margalit wrote in Israeli daily Yisrael Hayom, “Now, it’s either us or them,” while the editor of that free daily, Amos Regev, called on the government to send Gaza back to the Stone Age.

Once again, the conflict in the south underscores that there is no military solution for the Palestinian-Israeli conflict. An army can only minimize the damages inherent to a strategy of managing the conflict instead of an effort at ending it. Once this operation is over, it must prepare for the next one. The effective management of the conflict by demilitarizing the Gaza Strip, for example, by eliminating all of the rockets as Israel demands, is only possible in the context of a larger diplomatic solution. Abbas will not return to Gaza to do all the work for the IDF and the Shin Bet. On the other hand, a much reduced Hamas will be forced to come to terms with a permanent arrangement with Israel based on the Arab League’s peace initiative. That initiative is a common denominator between Turkey and Qatar — both of whom support the Muslim Brotherhood — and between Egypt, Saudi Arabia and Jordan, which want to rein in the movement.

We have yet to invent an incredible contraption that could etch acquiescence to occupation, siege, land seizures and darkness at the end of the tunnel in the consciousness of an entire people. Having no way out, the Palestinians have nothing to lose, and Israel’s capacity for deterrence is meaningless. This is expressed in the cycle of violence that threatens to spread to the West Bank and even inside Israel proper. The dead end in Gaza reflects the strategic dead end of the right. What is especially worrying is that this conclusion has yet to be etched in the consciousness of the Israeli public and its elected representatives.