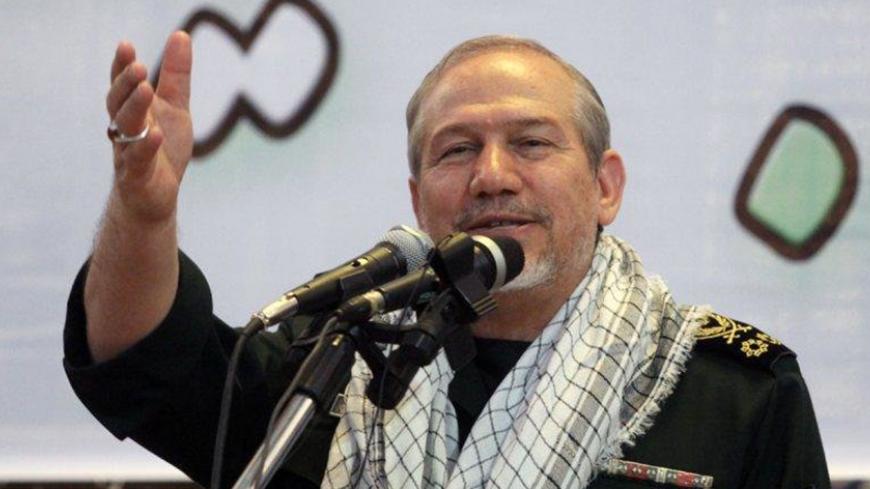 Supreme Leader Ayatollah Ali Khamenei's military adviser, Gen. Yayha Rahim Safavi, talked about Iran’s involvement in Iraq and Syria and said that Iran had sent a warning to the Islamic State (IS).

“[IS] wanted to come toward the holy shrines," Safavi said during a June 28 speech in Karaj just outside of Tehran. "We gave them a message that if they come close to holy shrines, we will enter the battle directly and you know you do not have the ability to confront Iranian Basiji.”

Safavi did not say when this message was issued or how.

Iraq is home to a number of Shiite shrines that are an important symbolic presence for Iranians and a destination of pilgrimage for millions of Iranians each year.

When IS forces began taking over large parts of Iraq in June 2014, many Iranian officials were alarmed about how close IS fighters came to the Iranian border. They immediately helped arm forces both through the central government in Baghdad and forces in the Kurdish Regional Government.

It was unlikely many of Iraq’s shrines would be taken over by IS, given that most of them are located in Shiite majority areas. Perhaps the only shrine that caused some alarm for Iranians and Iraqis was the al-Askari shrine north of Baghdad in Samarra, which has a large Sunni population.

Iran has already sent a number of advisers into Iraq, some of who have been killed by IS fighters. Safavi, in these remarks, appears to be discussing sending thousands of fighters perhaps, if necessary.

While the comment may just be rhetoric, it reflects Iran’s growing concern about how their involvement in Iraq and Syria is viewed domestically. Safavi acknowledged this concern when he said that some youth ask him why Iran is involved in the wars in Iraq and Syria. “Some youth ask us why we must support Syria and Iraq and I answer: If we do not fight the criminal [IS] on those borders and we do not safeguard our country’s security in those regions, then we must fight these terrorists on our borders.”

The argument that Iran must “fight the terrorists there so they don’t fight them here” has been used before by various officials. With the rise of IS close to Iran's western border, this argument has a higher level of urgency. To highlight their involvement in Syria and Iraq, conservative Iranian media is also giving more coverage to Iranians killed in Syria and Iraq. Though some conservative websites would always acknowledge that names of those killed, today, there are more details shared about these individuals, their funerals are highlighted and more of their personal stories are shared.

One recent example of this extensive coverage for those killed in Syria and Iraq is the June 29 commemoration of four fighters killed in Syria where the widow of one of the fighters told Quds Force Cmdr. Qasem Soleimani, “If necessary I too am ready to give my life in this war.” The comment was published by a number of conservative websites, all of which support Iran’s involvement in the Syrian civil war, which is in its fourth year.