Why doesn't Iran trust the US?

A fundamental lack of trust between Iran and the world powers, and mainly the United States, continues to stand in the way of a comprehensive nuclear deal. 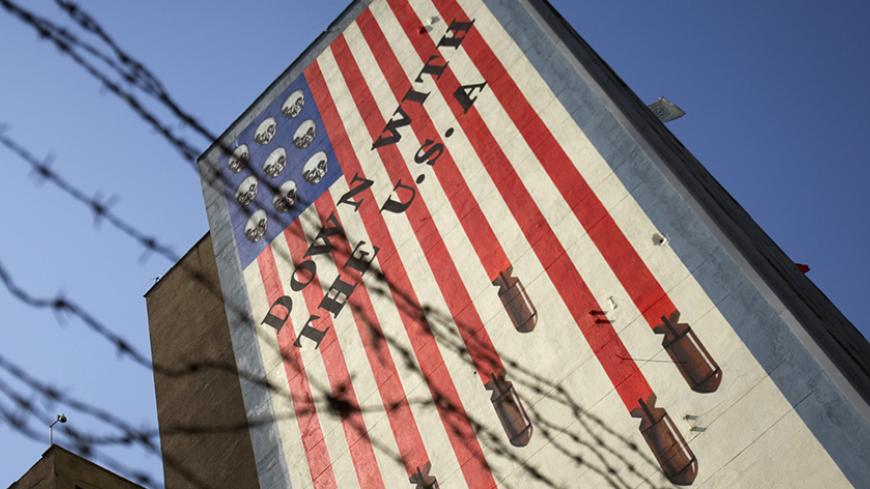 An anti-US mural is seen on a wall of a government building in central Tehran, Oct. 12, 2011. - REUTERS/Morteza Nikoubazl

Top-ranking diplomats from Iran and the world powers are currently engaging in intensive talks to narrow their differences and reach a comprehensive nuclear deal by July 1. The main obstacle to attaining such an agreement is the fundamental lack of trust that exists between the two sides. If there was trust, the Non-Proliferation Treaty (NPT) would have been enough to quell any concerns regarding the peaceful nature of Iran’s nuclear program. Currently, all sticking points are related to measures beyond the NPT. The sustainable solution is for both sides to take confidence-building measures to ease the suspicions they have of each other. While US qualms with Iran are well known in the West, it is vital for the US public to gain a better understanding of the reasons for Iranian antipathy toward the US government.

The distrust between Iran and the United States is of course mutual. Nevertheless, the United States, being the world’s foremost global power, and Iran, being a major regional power in the Middle East, would benefit immensely from having a positive relationship. If such a partnership is realized, it would contribute greatly to enhancing the stability and security of the Middle East. The first step toward this cooperation is already underway, with progress being made in the nuclear negotiations and formal bilateral channels having been created between the United States and Iran within the framework of the nuclear talks. A peaceful resolution of the Iranian nuclear dispute would undoubtedly be to the benefit of all sides and could very well be recognized as a “model” to address future proliferation challenges and may even lead to the creation of a regional arrangement for nuclear fuel in the Middle East.